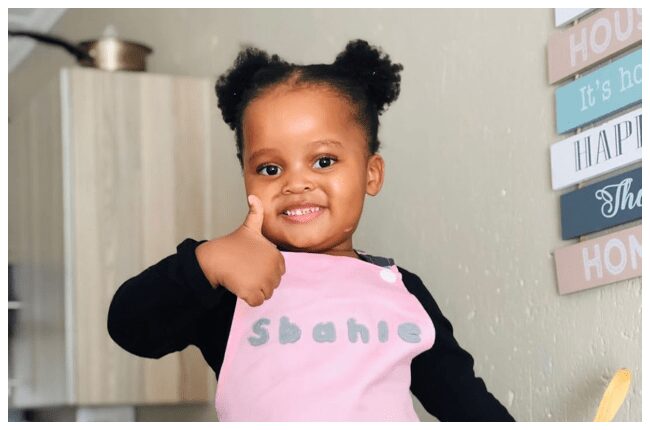 Sbahle Mzizi (conceived 28 June 2017) is a 5 years old social media personality and the daughter of Ntando Duma based in South Africa.

Sbahle Mzizi was born on the 28th of June 2017 in Johannesburg, South Africa. Her parents are popular celebrities in South Africa.

Her father is Junior De Rocka, who is a Disc Jockey (DJ).

While her mother is Ntando Duma, a South African Actress and Television Personality. Ntando is popular for being the host of the e.tv show, Craz-E. She plays the role of Zinzi Dandela in the soap opera Rhythm City. She is 25 years old.

Before Sbahle was born, she had already amassed over 32,000 followers on her Instagram page. The page had been opened for her by her parents.

Sbahle became famous for her intelligence as she started speaking from an early age. She has also become the subject of many popular memes. Alongside her parents, she posts videos on her page regularly.

She also has a YouTube channel with 52.5k subscribers.

The beautiful girl has earned a lot of endorsement deals from different brands. She is known for helping brands advertise their products, services or events.

Her dream is to become the President of South Africa in future.

When she celebrated her 3rd birthday in June 2020, gifts poured in for her across the world. The same thing happened during her 1st and 2nd birthday respectively.

Her parents, Ntando and Junior De Rocka are yet to tie the knot officially. They had been dating when Ntando became pregnant with Sbahle. But it has been speculated that they would get married soon.

Sbahle currently lives with her mother in her apartment. She sees her father whenever he comes visiting or she goes over to his place.