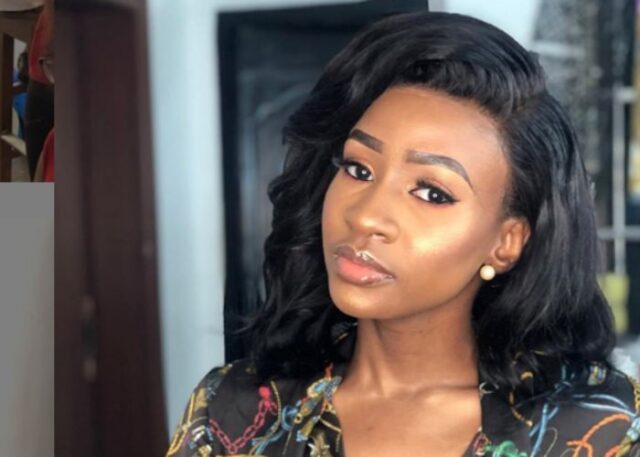 She was one of the housemates in BBNaija Season Three and was fortunate to reach the semi-finals.

She is an actress, model, sports executive and entrepreneur.

Anto Lecky was born to the family of Mr and Mrs Lecky in Newark, New Jersey in the United States of America.

She is the third child in the family and has four siblings – three sisters and a brother. She was the first child to be born to her parents after they emigrated to the US from Nigeria.

She hails from Edo State, Nigeria. She was raised in New Jersey along with her siblings. She made her first visit to Nigeria when she was twenty.

Though raised in a foreign country, her parents taught her about the culture and traditions of Nigeria.

She graduated from Dr. Ronald E. McNair High School before leaving for College.

She graduated from the University Of North Carolina, Chapel Hill with a B.A degree in Exercise and Sports Science.

After graduating from college, she moved back to Nigeria and picked up a lucrative but daunting position as the Head Of Operations for the Continental Basketball League. The organization is the first private basketball league in Nigeria. She was the number three person at the organization.

She left the organization to compete in the third season of the reality TV show, Big Brother Naija in 2018. She went on to become a Semi-finalist at the show.

Since she left the show, Anto Lecky has evolved into a leading media personality. She has become an actress, model, public speaker and influencer.

She has starred in the following films, Dear Affy, Fate Of Alakada, May 29, Broken, No Budget, Besieged.

As an entrepreneur, she is the owner of three successful small and medium scale enterprises: Anto Hairbuilder, Room 22 Agency and O’ Compatriots Lifestyle.

She is also a philanthropist and serves as the Executive Director of
The Live Wire Project.

She is one of the leading influencers in the country and has worked with the following brands: Google, Bolt, Etihad Airways, Ayoba, VFD Microfinance Bank, Dano Milk, Vaseline US, Skillshare, Coca-Cola, Farafina Books, Black Girl Sunscreen, Google and Budweiser Nigeria.

She clinched the Nigerian Meritorious Award for Excellence in Sport in 2016. In 2018, she received the BTDT Hub Education Advocacy award.

In the same year 2018, she was conferred with an honorary doctorate in Business Administration from ISCOM University, Benin Republic.

Her official Instagram handle is @antolecky. She has over 913k followers.

She is 33 years old and has never been married. Anto Lecky is currently in a romantic relationship with a handsome young man whose identity she’s keeping a secret.

It is expected she would announce their engagement soon. Anto Lecky hasn’t exposed who her boyfriend, spouse or husband is.

She resides in Lagos, Nigeria where she lives in a nice apartment and drives her own car.

The multi-talented personality, Anto Lecky has an estimated net worth of $600,000.