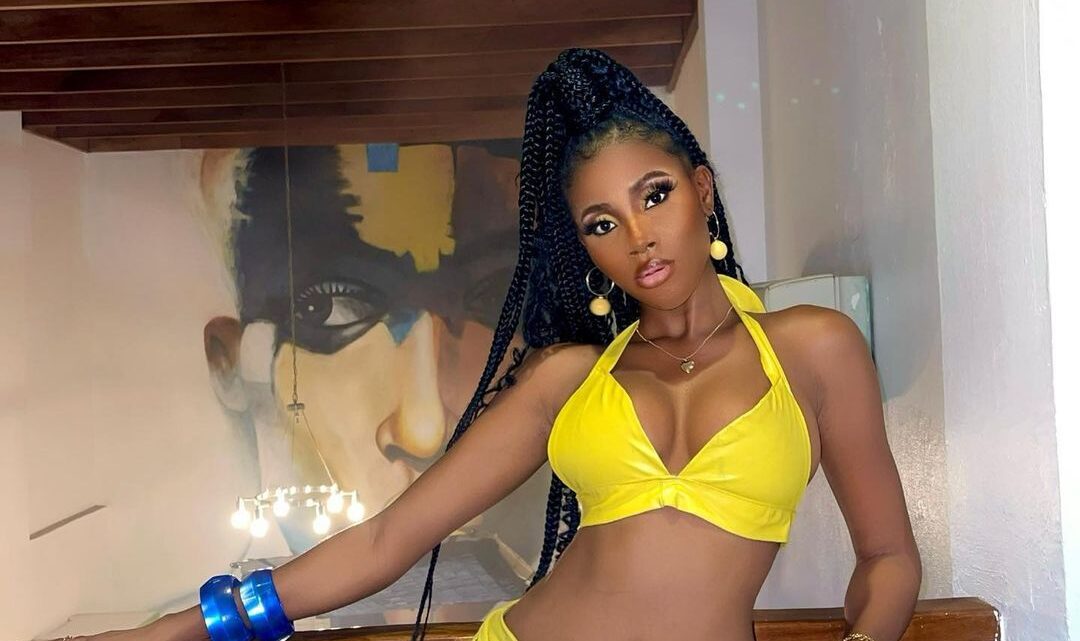 She is the Founder and CEO of Style Me Modella, a fashion styling company operating from Lagos City. She is also a thriving Vlogger and runs a lifestyle vlog on YouTube called Apet Modella TV.

BBNaija Modella was born to the family of Mr. and Mrs. Abimbola on the 8th of August 1996. Her mum is Mrs. Osasona Abimbola.

She was birthed and raised in the Southwest state of Ekiti, Nigeria. She is a Yoruba lady who originally hails from Osun State, Nigeria. She speaks Yoruba and English fluently. She was raised in the Christian faith by her parents. The Older Abimbolas also instilled in Modella the fear of God and a love for hard work.

BBNaija Modella comes from a close-knit family of five. She is the first child of the Abimbola family and has three siblings – Felix Abimbola, Comfort Abimbola, and Tom Abimbola.

BBNaija Modella underwent her primary school education at a leading private school in her community.

She attended Federal Government Girls College, Ikole, for her secondary school education. She graduated from the school after scoring good grades in her SSCE.

Modella is an alumnus of Adekunle Ajasin University, Akoko. She bagged a degree in History Education from the institution.

In her teenage years, BBNaija Modella developed a soft spot for the fashion and beauty industries. This interest influenced some of the career decisions she took as an undergraduate. She took an apprenticeship to learn the Make-Up skill. After weeks of training, she became very good and started a small business as a Make-Up artist on the university campus.

In a matter of months, she quickly grew her Make-Up business due to referrals from satisfied customers. She began to receive gigs every week and became one of the highly-sought make-up artists in the Akungba community.

While working as a Make-Up artist, Modella decided to become a model. She networked with other creatives in the fashion industry, and they helped her secure modeling gigs. By graduating from the university, she had modeled for many small brands in the Southwest region. In 2018, she participated Lagos Most Beautiful Girl Contest. Although she didn’t win the competition, it opened the door to more beauty queen contests for her.

BBNaija Modella decided to establish a beauty business in 2019, and this led to the creation of Apet Cosmetics. The company is a beauty, cosmetic, and jewelry online store that sells to customers across the world. She currently serves as the CEO of the company. She took her business a step further by launching a skincare product called Skindella in August 2020.

Modella also works as a fashion stylist and consultant. She runs Style Me Modella, an independent styling company based in Nigeria. A versatile content creator, she runs a lifestyle vlog on YouTube called Apet Modella TV.

She is also a budding Nollywood actor and has starred in some films. In 2021, she starred in the movie Crazy Grannies, produced by Kayode Peters.

BBNaija Modella‘s popularity in the entertainment world skyrocketed after she became one of the housemates of the seventh edition of the Big Brother Naija Show. She was unveiled on the 31st of July 2022 and would be competing for the Grand Prize of 100 million naira.

BBNaija Modella is one of the leading social media influencers from the Southwest region of Nigeria.

BBNaija Modella is a gorgeous lady. She has a sexy slender body shape and is light-skinned in complexion. She has a lot of male and female admirers.

In 2021, she traveled to the United Arab Emirates to spend her vacation. She observed her National Youth Service Corps program in Lagos State.

Modella is currently single. She is not married and has no child. She spends her free time with her family when she is not working. She adores her family members a lot. She lost her father when she was still young.

BBNaija Modella resides in a well-furnished service apartment in an upscale neighborhood on Victoria Island.

Modella is gradually building a fortune from her fashion business and modeling career.

BBNaija Modella‘s net worth is estimated to be worth US$60,000.