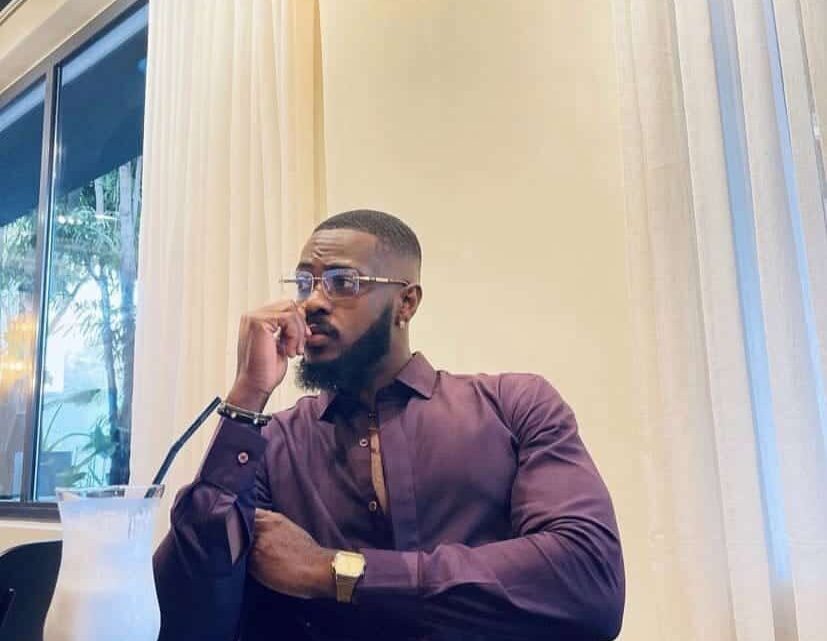 He is currently a Housemate on the Big Brother Titans Reality Show. Yemi Cregx was unveiled as one of the housemates in the televised show on the 15th of January, 2023.

Yemi Cregx was born to Yoruba parents in 1992. He was born and raised in the heartbeat of Mainland Lagos, the commercial capital of Africa.

He is a Nigerian by birth. He hails from the South West region of the country. Yemi Cregx is an indigene of Ekiti State (dubbed the Fountain Of Knowledge). He comes from a Christian household and has siblings.

Yemi Cregx and his siblings spent their formative years in a Duplex house in Mainland Lagos. He has an upper-middle-class upbringing. His parents provided him with a comfortable lifestyle.

Yemi Cregx‘s parents ensured that he had a quality education. He was educated at top private schools in Lagos.

He is a university graduate, earning his degree after four years of study. He passed out of his alma mater with flying colors.

Since he was a teenager, Yemi Cregx has discovered his love for creativity. He is gifted with different creative talents. As an undergraduate, he participated in local male beauty contests. He also worked as a model for local brands. Gradually, he built his portfolio and has grown into one of Nigeria’s leading commercial models from the South West region. He is the First Mr. University Africa.

Besides modeling, Yemi Cregx is also an exceptional fashion designer. He delved into fashion design while at the university. He started as a fashion stylist for some celebrity friends and fashion-conscious schoolmates. Encouraged by his success in helping people look great in clothing wears, he decided to become a fashion designer. He began creating his designs and launching an independent fashion label in 2020. Over the years, he has grown his brand into one of Nigeria’s top men-owned fashion businesses.

Yemi Cregx is not a stranger to many social media-savvy Nigerians. He has made a name for himself as one of Africa’s fast-rising fashion content creators. He has used his platform as a content creator to blossom into a brand influencer. He also works as an Event Host and a Brand Strategist. He has hosted several events in Nigeria and Ghana. Also, he has offered brand consultancy to many SMEs in West Africa.

Yemi Cregx has worked on several projects as a model for the fashion brand Kimono Collections. As a content creator, brands have hired him to promote their products and services. Notable mentions include Leon and Ray Jewelry and Watches Store, Ben Flashes Hair Stylist, Francesco Ezimora Wears, Apet Cosmetics, KCLAN Apparel and Clothing, Morafa Clothing Brand, and Nack Apparel.

Although Yemi Cregx has built a name for himself in the creative industry, he became a household name on the 15th of January, 2023. This is because he was announced as one of the housemates in the Big Brother Titans Reality Show. Yemi Cregx is one of the 20 housemates unveiled at the show’s opening ceremony in Johannesburg, South Africa. Yemi has become a Reality TV Personality and is competing with other housemates to emerge the show winner and receive $100,000 (USD).

Yemi Cregx‘s popularity on social media has soared since he joined the Big Brother Titans Show.

Yemi Cregx is 31 years old. The handsome celebrity is 6 feet tall, dark-skinned in complexion, and has a muscular build. He resides in Victoria Island, Lagos. He also spends some of his time staying in Accra, Ghana. The Gold Coast nation is his second home. He is friends with Ghanaian actress Juliet Ibrahim. The duo has worked on many modeling projects together.

Yemi Cregx is one of the fans’ favorites on the Big Brother Titans Show. He has amassed thousands of female admirers since he was announced as a housemate on the show. His good looks smite many Female Fans of the show in Nigeria and South Africa. His fanbase is called Cregx Force.

Yemi Cregx revealed that he is single and is open to relationships in the house. He also made it known that he will likely be in a love triangle while in the show. And this is proving to be true, as he has already shown interest in two female housemates, Yaya Mwanda and Khosi Twala.