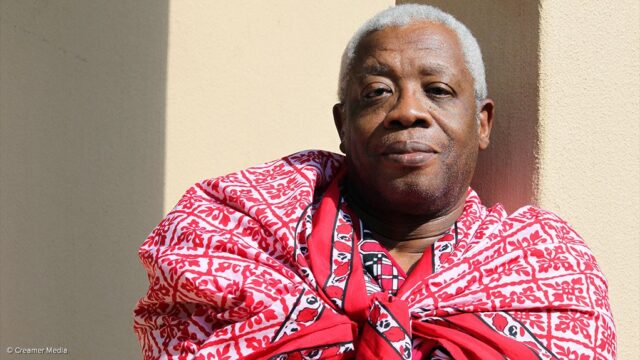 The notable personality also served as the spokesperson to the government.

He also served as a member of the Strategy Unit in the office of the Premier, Gauteng.

He was born Aubrey Mongameli Matshiqi in November 1962 in Orlando West, Soweto, South Africa. He has contributed a lot as a speaker on topics relating to the politics of South Africa.

He has a background in Christianity and was raised in the Anglican Church. He received his baptism and confirmation in the church.

Aubrey Matshiqi holds a degree in English literature and history from a prestigious higher institution.

In 2000, he kicked off his Master’s program in Politics at the University of Port Elizabeth. Though the notable political analyst was unable to finish the program.

As a teacher, Aubrey Matshiqi taught Mathematics, English, and Science. He served as the spokesperson to the government and a member of the Strategy Unit in the Office of Premier, Gauteng. Later, he became an independent political analyst.

He is also a regular writer for publications, including a column in Business Day. The notable personality often addresses seminars and conferences.

Until March 2011, he worked with the Centre for Policy Studies (CPS), Johannesburg as a Senior Research Associate.

He received an invitation in May 2014 to be a speaker at a symposium held at the Uppsala University, Sweden. It was in honor of the late South African president, Nelson Mandela.

As a speaker, Aubrey Matshiqi spoke in several other notable gatherings and events on the local and international scene.

As a writer, Aubrey Matshiqi covers a weekly column for Business Day, and for Engineering News, he covers a column.

The traditional healer shared that he had childhood dreams that showed that he walked with the spirits of the water. According to him, the dream started to come long before he saw the sea with his eyes when he was 10.

Growing up, Aubrey Matshiqi realized that his parents did much later. He had the gift of seeing things concerning people and events yet to happen.

Though he knew he was different, however, he couldn’t tell why until an exciting encounter with a traditional healer they visited before leaving for any Umkhonto weSizwe (MK) mission.

The traditional leader also told him about his calls years ago, but he chose to run away from his destiny. But in 2013, it caught up with him.

He grew up, was baptized, and confirmed in the Anglican Church. He did not feel the presence of God there even after following his friend to the mosque in Cape Town.

But, he finally felt the presence of God in a Hindu temple. On that day, he did want to leave.

With his wife, he attended the wedding of her Tamil friend and colleague. “It was sweet because it is at the temple that God found me”, he said.

Then Aubrey Matshiqi was an atheist, a Marxist-Leninist, and a former gun-carrying member of the ANC.

Aubrey Matshiqi has an estimated net worth of US$300,000, which he has earned as a political analyst.