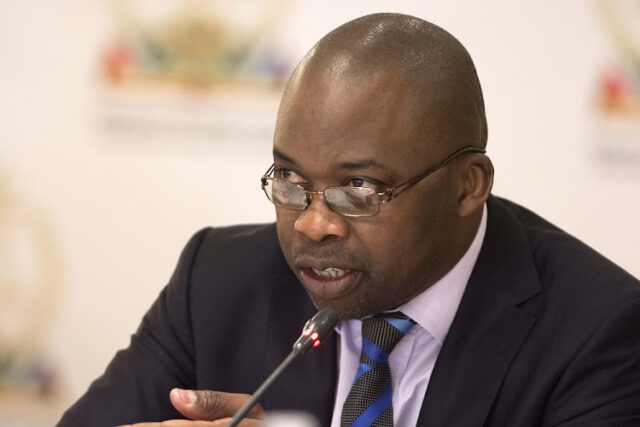 He served as a minister of Justice and Correctional Services for 5 years. Since 1999, Michael Masutha has been an advocate member of the parliament.

He is also an activist for people who are disabled and has been a member of several notable organizations.

Member of the National Assembly of South Africa

He was born Tshililo Michael Masutha in Vladezia, a rural settlement, Limpopo Province, on the 18th of November, 1965. He is an advocate after spending years running political affairs in the country.

Michael Masutha attended the Siloe School for the Blind and matriculated in 1984. He was born with a visual impairment. To read, he makes use of Braille and large print.

While he was at the university, Michael Masutha was part of the movements for disabled students advocating for the provision of appropriate support and also challenging the apartheid regime’s treatment of the blind and other disabled people.

He was a co-founder of the Equileg Programme of the Southern African Federation. In the year 1999, he became a Member of Parliament representing the African National Congress.

Michael Masutha is a member of Parliament for ANC (since 1999) and a member of Disabled People of SA (DPSA).

For a year, July 2013-May 2014, he occupied the Deputy Minister of Science and Technology position.

In August 1991, Michael Masutha was part of a delegation of the Human Rights Committee of Disabled People to the United Nations, and in 1995, he was admitted to practice as an advocate of the High Court of South Africa.

From 1991 to 1996, he was the Director of the Disability Rights Unit at Lawyers for Human Rights – a project (which was a joint initiative with Disabled People South Africa) providing legal assistance to persons unfairly discriminated against on disability grounds.

In 1996, Michael Masutha was appointed as Head of the Legal Services in the Department of Social Development, where he specialized in Children’s Rights and Social Security Law.

There’s no publication related to Michael Masutha‘s wife and children on the media space.

Michael Masutha has an estimated net worth of US$1 million-US$5 million which he has earned as a politician.