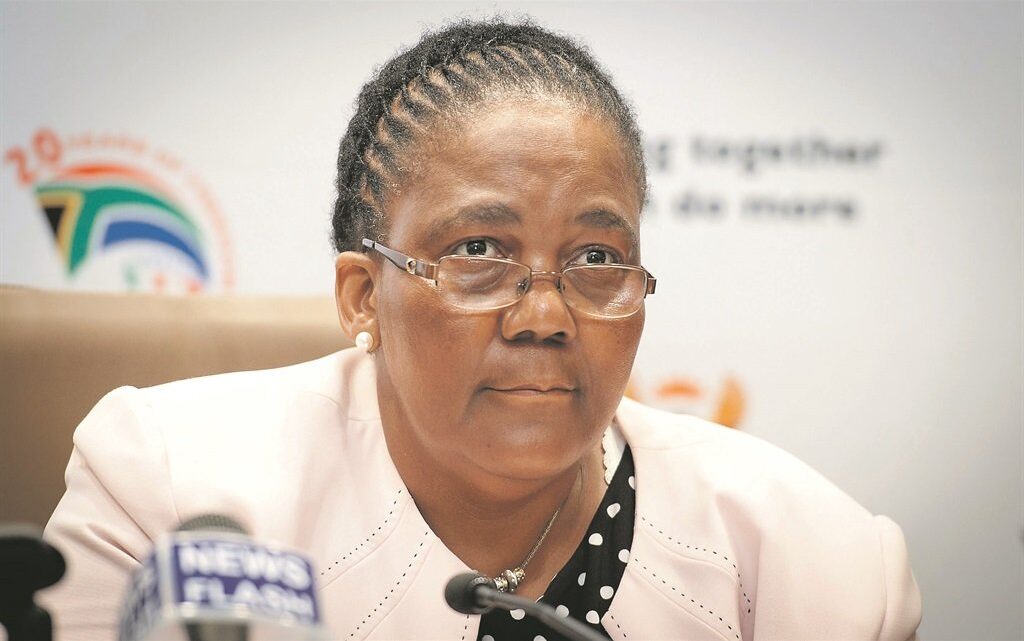 Elizabeth Dipuo Peters, who was born in Kimberley, Northern Cape, on 13 May 1960, is a popular South African Politician.

She served as the Minister of Transport of the Republic of South Africa.

She enjoyed the position on the 10th of July 2013 during the Jacob Zuma administration.

Prior to this, she had served between 2009 and 2013 as the Minister of Energy Executive Committee.

She hails from the Northern Cape Region of South Africa.

Apart from her birth and date of birth, every other information concerning her early life is totally unknown.

For example, it is not known if she has siblings or not.

Dipuo Peters has consciously kept this important part of her existence secret from the world.

At the early stage of her life, Dipuo Peters teamed up with the association of Young Christian Students. There, she was able to develop and nurture her political activism.

She took part in Youth Formations in the church and community. At the University of the North, she was Deputy Chairperson of the Women’s Forum in AZASO. In Kimberley, she was a member of the Galeshewe Youth Congress, an affiliate of the United Democratic Front (UDF).

Dipuo Peters also functioned as a regional volunteer organizer for the South African Domestic Worker’s Union, recruiting, organizing, educating, and counseling domestic workers in the Northern Cape (1987). From 1987 to 1990, Dipuo Peters was Head of the Women’s Department at the South African Youth Congress.

In 1990, Dipuo Peters joined the African National Congress Youth League as the secretary for Women’s Affairs, having been Woman Organiser of the National Executive Council (NEC) of the South African Youth Congress (SAYCO), from 1987 to 1990.

Dipuo Peters has widely claimed her loyalty o ANC on her Twitter page. She is active on Twitter with 26.9k followers.

Her tweets, in most cases, are to thank her new followers on a weekly basis.

Dipuo Peters is very secretive about her personal affairs. Her husband’s identity is not known, and it cannot be ascertained if she has children.

She has adequately blocked the view of the public with her political activities and work.

Dipuo Peters is a prosperous South Africa politician who has an estimated net worth of about $1.5 million which she has earned from numerous political posts she has served.