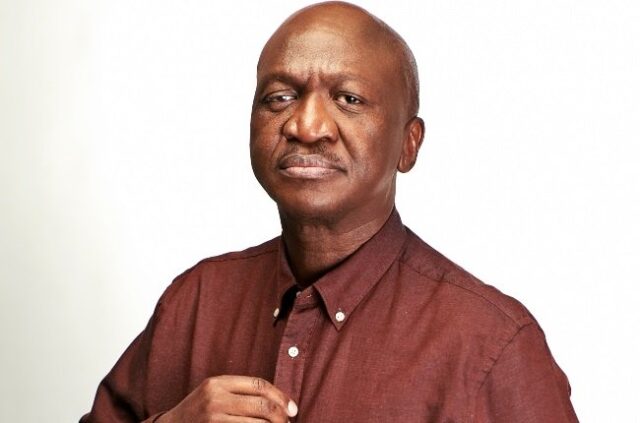 Fana Mokoena is a South African politician and actor who was born in Kroonstad, Free State, South Africa.

As a politician, he is an executive member of the Economic Freedom Fighters (EFF), which is the second opposition party in South Africa.

Fana Mokoena made his first appearance on television by acting in an episode of Generations in 1993.

However, he became more prominent as a result of the role he played in the famous movie, Hotel Rwanda, where he acted as Rwandan General Augustin Bizimungu.

In Hotel Rwanda and other international films, he has performed with numerous international movie stars, including Brad Pitt, Denzel Washington, and others.

He was raised in Johannesburg by his mother and father, along with his three siblings.

Fana Mokoena attended Woodmead School, where his love of the arts began.

He studied a BA degree in Theatre and Performance at the University of Cape Town. His mother passed away in October 2019.

Little about Fana Mokoena’s educational background is revealed. It was gathered that he graduated from the University of Cape Town in 1991. His secondary school education is still unknown.

Fana Mokoena has featured in several films like Hotel Rwanda and World War Z movie in 2013. In World War Z, he acted Thierry Umutoni, who was the United Nations Deputy Secretary-General in the film.

He is a great actor who has considering his actings in movies he featured. Fana Mokoena also acted in Nongogo, which was directed by James Ngcobo.

Apart from the earlier listed movies, there are many other movies in which Fana Mokoena featured

Fana Mokoena, a great public figure, is usually expected to have a significant number of followers on his social media, but it is not really so comparing the fame and followers.

For example, he has over 195k followers on Twitter, but his Instagram page has less than 10k followers. This could be due to his age and inability to create content that can interest youths which takes more than 60% of internet users.

Also, there is a curiosity among fans as to what Fana Mokoena‘s real name is. This is because he used Vezuchiy Fanashnikov, another term entirely, and yet used @fanamokoena as his username.

Fana Mokoena‘s marital status is not known. It is claimed that he has never married anyone in the past, and currently, at 50, he is still single.

However, some have argued that he has two children, but none of these can be justified as the versatile actor and politician have kept it very secret to himself.

As a politician and an actor who has been taking prominent and widespread roles in International movies alongside star actors from different countries, he has been able to open up multiple sources of income.

Fana Mokoena is estimated to be bringing in a net worth of about $2.5 million.