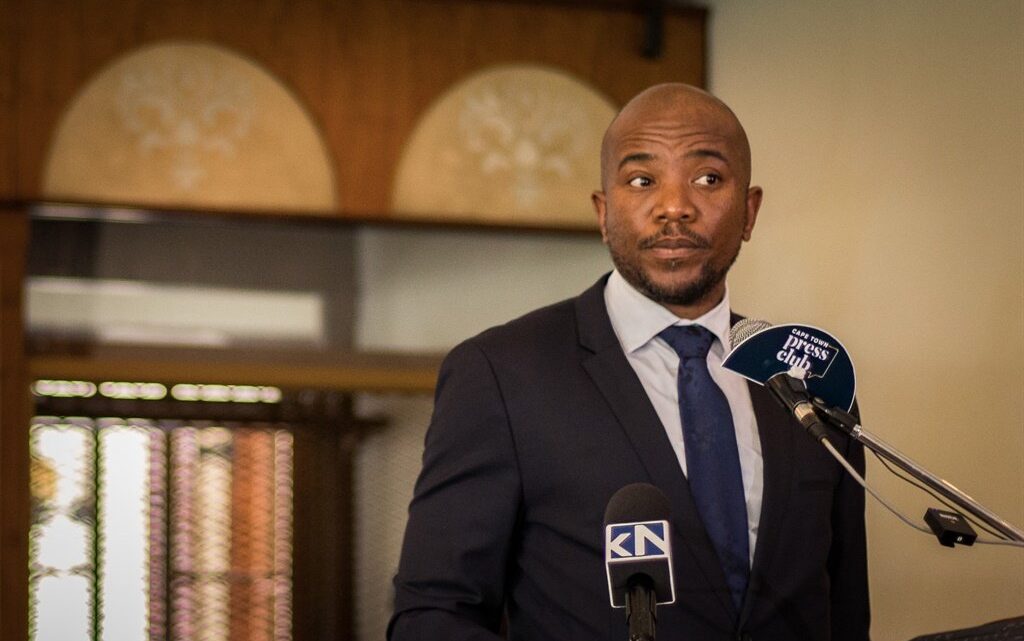 He is well known for being the former Leader of South Africa’s opposition Democratic Alliance (DA) political party from 10 May 2015 to 23 October 2019.

He was also the former leader of the Opposition in the National Assembly of South Africa from 29 May 2014 to 24 October 2019.

In addition, he is the former leader of the DA in the Johannesburg City Council and the DA National Spokesperson.

In 2011, Mmusi Maimane was elected to be the DA’s Johannesburg mayoral candidate in the 2011 Municipal Election, but he did not win.

Mmusi Maimane is also a pastor and elder in the conservative Liberty Church, and he formed the One South Africa Movement in 2020.

Mmusi Maimane was born on 6 June 1980 in the Leratong Hospital in Krugersdorp (a city now known as Gauteng) in South Africa.

His mother, Ethel Maimane, grew up in Cofimvaba in the Eastern Cape, and his father, Simon Maimane, was born in Soweto, South Africa.

Mmusi Maimane grew up in Soweto, where he had his primary school and college education.

He is the firstborn of his parents, and he has three other siblings, which make them four children in the family.

Mmusi Maimane graduated from Allen Glenn high school in 1997. After his high school education, he attended the University of South Africa, where he studied and graduated with a BA degree in Psychology.

He did not stop on the university degree alone as he furthered his education at the University of the Witwatersrand, where he obtained a Master’s certificate in Public Administration.

Mmusi Maimane‘s thirst for more and love for Christianity led him to Bangor University, Wales, where he did his Master’s study in Theology. He successfully finished the program, and he was awarded a Master’s degree in Theology by the school.

At the 2012 DA Federal Congress, Mmusi Maimane was elected as Deputy Federal Chairperson after contesting along with eight other candidates interested in the same position.

On 18 April 2015, at the DA Western Cape Congress, Mmusi Maimane revealed his ambition to run for Federal Leader of the DA at its elective Federal Congress in May 2015, and he was elected on 10 May 2015, having the support of close to 90% of voting delegates with the special support of Herman Mashaba who is an influential businessman.

Mmusi Maimane is active on social media. He has over 43k followers on Instagram, and his account is verified.

In addition, he has over 1k posts, of which are politically related and some person. He is, however, more active on Twitter with over 1.7 million followers and over 25k tweets since 2010 that he joined the platform.

Mmusi Maimane is a married man, and he has been married for a long period. He got married to her beautiful wife named Natalie Maimane, in 2005.

The marriage has been blessed with three children together, namely Kgosi Maimane, Kgalaletso Maimane and their third baby name Kutlwano Maimane. No serious marriage issue has emerged from this family ever since their love journey started.

Mmusi Maimane is a very successful and popular politician who has held several notable positions in the Politics of South Africa.

This has earned him a huge fortune even beyond some other politicians ahead of him. Mmusi Maimane has an estimated net worth of about $650,000.