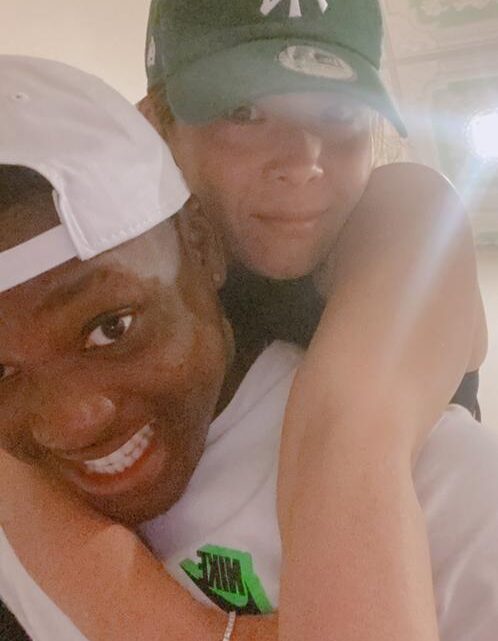 Love is a beautiful affair that we all long to experience or enjoy experiencing that even news of its exploits excites us. This has been the feeling of Official Genius‘ fans in the past 72 hours after the maverick singer announced his engagement with his girlfriend, Mai Urano.

The news, which took social media by storm, spreading quickly like wildfire on the internet, was met with elation by Official Genius‘ fans, friends, and well-wishers. Ever since the announcement was made, the singer’s fans have congratulated him on his latest win, with some already wishing him a happy married life in advance.

Official Genius, whose birth name is Uyiosa Ikponmwosa Samson, has been dating Mai Urano for some time now. Although the successful singer and songwriter had kept details of his personal life away from the public view, he didn’t hide the fact that he was dating Mai. In fact, he had made it clear that his relationship with Mai Urano was a serious one. It is now evident to everyone that he wasn’t bluffing.

The proposal, which had happened behind closed doors in a private dinner party, saw Official Genius take the bold step of declaring his intention to spend the rest of his life with Mai. In response, Mai had said, “YES,” proving the fact that she loved Official Genius as much as he loved her and was also ready to sail the lifeboat together as co-captains.

Beyond the love electrons flowing between the couple, it is easy to tell that their match is made from heaven. And their love story attests to the fact that opposite charges attract and create magic together. Unlike Genius, who is creative and works in the entertainment world, Mai is a giant in the corporate world, having built a successful career as a financial management expert. The beautiful lady is a guru when it comes to financial advising, and this is evident in her work with YKM Management, a firm she founded.

With hashtags like “#MaiGenius, #UyiMai” hitting social media almost immediately, it is evident that fans are already expecting the wedding bells to start ringing soon. However, the newly engaged couple is yet to give any news in that direction. Instead, they are focused on enjoying their new status and growing deeper in their relationship and living their best lives in the process.

The best thing to do now is to wish them luck in their love journey, which looks like it’s going to last for a lifetime.