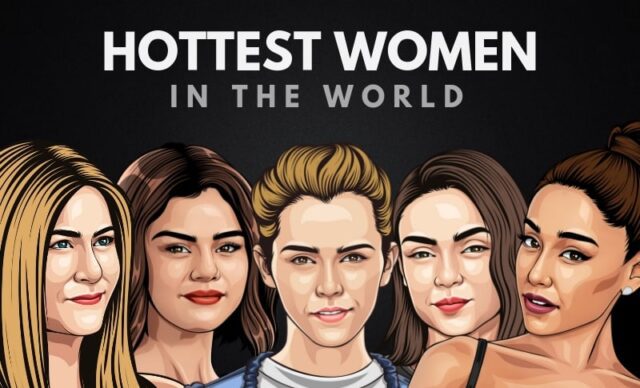 Top 10 Hottest Women in the World

The world is filled with so many gorgeous women who walk the streets of Urban cities and rural areas. However, some women are more beautiful than others. Some women have a more sexy look and elegant fashion sense than the average woman.

Here’s a list of the Top 10 Hottest Women in the World.

Selena Marie Gomez is an American singer, songwriter, actress and producer. Her acting career began in 2002 when she was cast in the TV Show Barney & Friends. As she grew older, she began to land more lead roles in Hollywood.

Selena Gomez was cast in the Disney Channel series, Wizards of Waverly Place (2007-2012). She has appeared in films like Another Cinderella Story, Princess Protection Program and Monte Carlo. She has released three studio albums, which have reached the top ten spot on Billboard 200.

Gabriella Monique Union-Wade is an American actress from Nebraska. After she secured a role in the 2000 teen film, Bring It On, she came to the limelight. She has acted in movies like The Brothers, Deliver Us From Eva, Daddy’s Little Girls, Think Like A Man, Think Like A Man Too and Bad Boys II.

Adriana Lima is a Brazilian model and actress who is famous for her beautiful looks. She won the Ford Supermodel of Brazil contest at the age of fifteen, which helped launch her modelling career. She has achieved international fame for her work with Victoria’s Secret Angel from 1999 to 2018.

Adriana Lima was the longest-running model who worked with the cosmetic brand. Adriana Lima has served as the brand ambassador of several top brands such as Desigual, IWC, Calzedonia, Sportmax, Puma, Chopboard and Maybelline.

Milena Markovna Kunis is an American actress who joined Hollywood when she was a teenager. At the age of 14, she began to portray Jackie Burkhart‘s character on the Fox TV series, That ’70s Show (1998-2006). Since 1999, she has been voicing the character Meg Griffin on the Fox animated series Family Guy.

Natalie Portman is an American actress of Israeli ancestry. She commenced her acting career at the age of twelve by appearing in the film, Léon: The Professional. She has starred in several highly grossing films like the Star Wars prequel trilogy, Closer, V for Vendetta, The Other Boleyn Girl, Swan, Thor, No Strings Attached and Jackie.

Katherine Elizabeth Upton is an American supermodel and actress. In 2011, she made her debut appearance on the cover of Sports Illustrated. Since then, she has appeared in the magazine three more times (2012, 2013 and 2017).

Kate Upton has had a successful career in Hollywood and has appeared in films like Tower Heist, The Other Woman, The Layover, The Disaster Artist and Adult Interference. She won the model of the year at the Style Awards in 2013.

Charlize Theron is an actress and producer with dual nationality from South Africa and America. She has appeared in several films and is currently one of the highest-paid actresses in the world. After playing lead roles in the late ’90s films, The Devil’s Advocate, Mighty Joe Young and The Cider House Rules, she came to the international limelight.

Charlize Theron has won an Academy Award, a Golden Globe Award and a Screen Actors Guild Award to recognise her acting talent. She is a media entrepreneur and the production company Denver and Delilah Productions founder.

Jessica Marie Alba is an American actress and entrepreneur. Her acting career began at the age of thirteen when she landed roles in the films Camp Nowhere and The Secret World of Alex Mack. She came to the limelight in the industry after she secured a leading role in the TV series Dark Angel (2000-2002).

Jessica Alba has acted in several highly-grossing films like Fantastic Four, Good Luck Chuck, Fantastic Four: Rise of the Silver Surfer, Valentine’s Day, The Eye, Mechanic: Resurrection and Little Fockers. She is a co-founder of the consumer goods company, The Honest Company.

Scarlett Ingrid Johansson is an American actress whose films have grossed over $14.3 billion (USD) worldwide. She was the highest-paid actress in the world in 2018 and 2019. She began her acting career as a child actor in an Off-Broadway play.

Scarlett Johansson has appeared in films such as Manny & Lo, The Horse Whisperer, Ghost World, A Love Song For Bobby Long, Match Point, Scoop and Vicky Cristiana Barcelona. She has won a Tony Award and a British Academy Film Award.