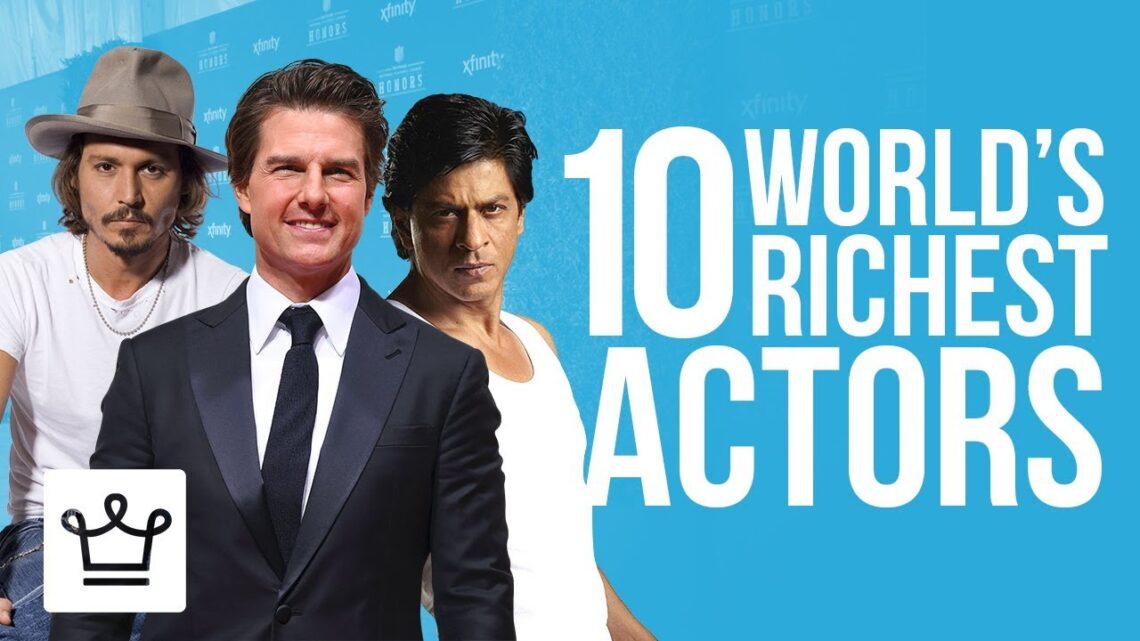 Top 10 Richest Actors In The World

The movie industry is one of the biggest and most influential industries in the world. Besides providing thousands of jobs across countries, it has led to the birth of celebrities who have had the chance to display their talent to a global audience.

Actors are the leading faces in the film business, and it’s why they are paid handsomely for their craft. Many actors are among the wealthiest individuals in the world.

Here’s a list of the top ten richest actors in the world.

Sylvester Stallone is an American actor, screenwriter and filmmaker. Since he joined Hollywood in 1974, he has appeared in scores of films in the past four decades. He became an international star after appearing in the first instalment of the Rocky series in 1976. He is also the writer and producer of the film. He is also famous for his portrayal of John Rambo in the Rambo films.

As of now, Sylvester Stallone is estimated to be with a net worth of $400 million (USD).

John Joseph Nicholson is an American actor and filmmaker who is known professionally in Hollywood as Jack Nicholson. He has played leading and supporting roles in several films in the past fifty years. He has won six Golden Globe Awards and three Academy Awards and is the most nominated male actor in the Academy Awards’ history. Jack Nicholson is currently estimated to be with a net worth of $420 million (USD).

Amitabh Bachchan is an Indian actor, filmmaker, TV host and politician. He is one of the influential figures in the Bollywood industry and is regarded as one of the leading actors in Indian cinema.

He has appeared in over 200 films in the past fifty years. He has won four National Film Awards for Best Actor, sixteen Filmfare Awards and a lifetime Dadasaheb Phalke Award. As of now, Amitabh Bachchan is estimated to be with a net worth of $430 million (USD).

Adam Sandler is an American actor, comedian and filmmaker. Hee was a regular cast member on Saturday Night Live, which helped increase his popularity in the comedy industry. He has appeared in several Hollywood films, which have earned over $4 billion (USD) at the box office. Adam Sandler is estimated to be with a net worth of $480 million (USD).

Mel Gibson is an American actor, filmmaker and screenwriter. He became an international movie star after he played the lead character in the action series Mad Max. He is the founder of the production company Icon Entertainment. He has won a Golden Globe Award and an Academy Award for Best Director. As of now, the Hollywood star Mel Gibson is estimated to be with a net worth of $490 million (USD).

Robert Anthony De Niro Jr. is an American actor, film producer and film director who has appeared in many commercially successful movies. He has won numerous awards in the past five decades of his career. He has won two Academy Awards, a Golden Globe Award and a Screen Actors Guild Life Achievement Award. In 2016, he received a Presidential Medal Of Freedom from US President Barack Obama. Robert De Niro‘s current net worth is estimated to be $500 million (USD).

George Timothy Clooney is an American actor who has appeared in several Hollywood blockbusters. He is also a screenwriter, film director and film producer. He has won four Golden Globe Awards, two Academy Awards, a British Academy Film Award and received an AFI Lifetime Award in 2018. He became a global movie star after he was cast in the heist comedy film Ocean’s Eleven in 2001. George Clooney‘s net worth is estimated to be worth $520 million (USD).

Thomas Cruise Mapother IV is popularly known in the movie industry as Tom Cruise. He is a leading actor and film producer. He has appeared in several commercially successful Hollywood movies, which have grossed over $10.1 billion (USD) worldwide. He is a recipient of three Golden Globe Awards, three Academy Awards and dozens of nominations. As of now, the movie star Tom Cruise‘s net worth is estimated to be worth $570 million (USD).

Shah Rukh Khan is a global movie star who is regarded as the King of Bollywood. He is an Indian actor and filmmaker who works in Hindi films. He has appeared in over 80 films since he joined Indian cinema in the late 1980s. He has clinched 14 Filmfare Awards and several accolades. He is the co-chairman of the motion picture production company Red Chillies Entertainment. The Bollywood icon Shah Rukh Khan‘s net worth is estimated to be worth $600 million (USD).

Jami Beth Gertz is an American actress and entrepreneur. She came to the limelight for her appearance in films like Crossroads Less Than Zero, The Lost Boys and Quick Silver. She is a part-owner of the NBA team, Atlanta Hawks. Alongside her husband, she is a member of an investment group that purchased Milwaukee Brewers. Jami Gertz‘s net worth is estimated to be worth $3 billion (USD).