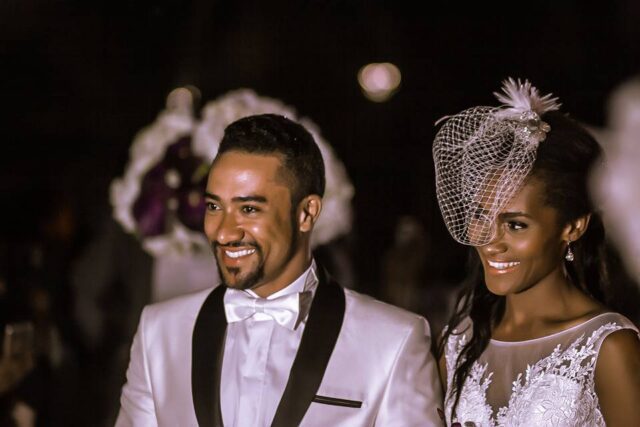 Majid Michel (born September 22, 1980) is a prominent Ghanaian actor, model, director, socialite, and film producer. The handsome celebrated figure is well recognized for playing a lover boy in a film.

He has been a part of the film industry for more than 20 years. His success in the entertainment business is attributed to his capacity to convey any character that film producers may have given him.

Nevertheless, Majid Michel is listed as having directed more than 200 films.

Majid Michel was born in Cantonments, an area of Accra, the capital of Ghana, on September 22, 1980. He was born to Paulina Olympio (mother) and Michael Michel-Erawoc (father). His parents were from Ghana and Lebanon.

In high school, Majid Michel participated in theater productions and belonged to the drama club. He was a part of the theater club, and on Emancipation Day in Cape Coast, Ghana, he won Best Actor for one of their productions.

After being introduced to the firm by a neighbor, Majid Michel went on to test for a modeling agency. He received an invitation from his neighbor across the street to join the Super Model Agency modeling agency. He played a leading role in the television show Things We Do for Love, where he earned the stage name Shaker.

A Lebanese youngster was supposed to perform his part in Things We Do for Love, and Majid Michel believes that because of his Lebanese ancestry, he was awarded the part. He revealed in a 2017 interview with Star FM Ghana that he didn’t receive the part for the first movie he auditioned for because of a bad performance from him, citing his “love for acting” as what motivated him to keep going.

Things We Do For Love was a hit and launched him into the public eye. Majid Michel was chosen for his first film, Divine Love, as the male lead because of his performance in the television series. Jackie Appiah played the female lead, and Van Vicker played a supporting role.

All three made their acting debut thanks to their roles in the film. Due to the enormous popularity of Divine Love, Majid Michel, Jackie Appiah, and Van Vicker became well-known figures in Ghana.

Majid Michel played the title role in the 2008 movie Agony of the Christ, which was nominated for seven 2009 Africa Movie Academy Awards. In October 2017, he disclosed that he receives at least US$15,000 for a movie role and has received up to US$35,000 to play a leading role. He revealed in 2016 that despite playing largely romantic characters in movies, he has never engaged in sexual activity with an actress.

Majid Michel revealed in a radio interview in October 2017 that he will no longer accept to portray a character that needs him to kiss on set because of his religious convictions.

Majid Michel is one of the Ghanaian actors that entered the film business when Frank Rajah Arase agreed to a deal with Abdul Salam Mumuni of Venus Films in Ghana. The main goal of the contract was to mainstream Ghanaian performers into Nollywood and elevated their star power to that of Nigerian actors.

Alongside Genevieve Nnaji, Majid Michel made his Nigerian Nollywood debut in the 2009 love film Emerald. While his performance and great on-screen chemistry with Genevieve Nnaji were praised, the movie received mostly mediocre to unfavorable reviews.

Majid Michel rose to fame in Nigeria, thanks to the 2009 movie Silent Scandals, which was praised for its outstanding production standards, performance, and engaging on-screen chemistry with Genevieve Nnaji.

According to Nollywood Forever, “His [Michel’s] intensity is centered in his eyes, and he uses it skillfully. Therefore it is understandable that he always obtains roles in which love and women, as well as their seduction, play a significant role.”

He kept up this lucrative pattern in 2010, appearing once more with Genevieve Nnaji in the critically unpopular movie Bursting Out.

When he first began his career in Nigeria, Majid Michel was outspoken in the media. He admitted in an interview that when he first met Genevieve Nnaji, “everything stood still.” He was so star-struck that he offered to carry her bag and serve as her assistant.

All of them and the graphic roles he played in movies caused him to be the subject of disputes throughout his early career. It was claimed before the end of 2010 that the actor was leaving Nigeria because of death threats he allegedly received from Nigerian coworkers who felt he was acquiring too many roles. He returned to acting in Ghana at this time, appearing in movies including 4 Play (2010) and its follow-up 4 Play Reloaded (2011).

Majid Michel played a tyrant in the 2012 war movie Somewhere in Africa. Despite the film’s underwhelming critical reception, he received widespread praise for his portrayal of the character and was the first person to win an Africa Movie Academy Award.

Other movies from 2014 with Majid Michel include Forgetting June, which received largely unfavorable reviews. However, he was a part of the films Being Mrs. Elliot and Knocking on Heaven’s Door, both of which did well critically and commercially.

Majid Michel has four kids, but three with his wife, Virna Michel. Two of his children are Zara Michel and Kiera Michel.

Majid Michel has been legally married to Virna Michel since 2005.

On November 19, 2015, he acknowledged that his wife of 17 years was the driving force behind his achievement.

And before her, he makes only mention to God.

Majid Michel‘s net worth is estimated at US$1.6 million, making him one of the richest actors in Ghana currently.