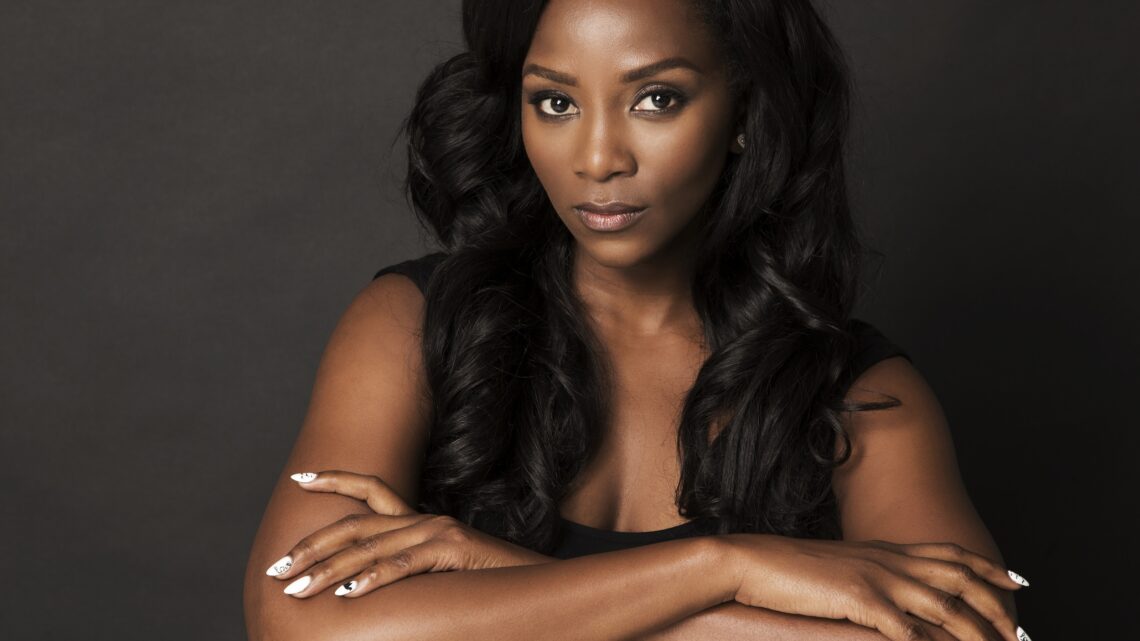 She won the Africa Movie Academy Award for Best Actress in a Leading Role in 2005, earning her the first actor to win the award.

In 2011, she was honoured as a Member of the Order of the Federal Republic by the Nigerian government for her contributions to Nollywood.

Her directorial debut movie, Lionheart, is the first Netflix Originated from Nigeria and the first Nigerian submission for the Oscars. The movie was disqualified for having most of its dialogue in English.

After spending decades in the movie industry, Genevieve Nnaji was profiled alongside some celebrities and business executives in 2020 in two new books by publisher and Editor in Chief l, ‘Yes International!’ magazine, Azuh Arinze.

Genevieve Nnaji was born in Mbaise, Imo State, Nigeria, and grew up in Lagos. The fourth of eight children, she was raised in a middle-class family.

On the 3rd of May 1979, she was born in the Southern part of Nigeria, which makes her 43 years old. She is an Igbo tribe lady who hails from Imo State, Nigeria, Africa.

Her father, Theophilus Nnaji, worked as an engineer, and her mother, Benedatte Nnnaji, was a nursery school teacher.

She has two brothers whose names are Ebuka Nnaji and Stephen Nnaji.

Genevieve Nnaji attended Methodist Girls College, Yaba, Lagos before proceeding to the University of Lagos, where she graduated with a bachelor’s degree in creative arts. While at the university, she began auditioning for acting jobs in Nollywood.

University of Lagos started her acting career as a child actor in the then-popular television soap opera Ripples at 8. In 1998, at the age of 19, she was introduced into the growing Nigerian film industry with the movie Most Wanted.

Her subsequent movies include Last Party, Mark of the Beast, and Ijele. In 2010, she starred in the award-winning film Ijé: The Journey. She has starred in over 200 Nollywood movies.

In 2004, Genevieve Nnaji signed a recording contract with EKB Records, a Ghanaian record label, and released her debut album One Logologo Line. It is a mix of R&B, Hip-Hop, and Urban music. In 2004, she was with the most votes after contending with other celebrities to search for Lux’s face 2004.

In 2005, she won the Africa Movie Academy Award (AMAA) for Best Actress in a Leading Role, becoming the first actor to win the award. As of 2009, she was one of the best-paid female actors in Nollywood.

Due to her contributions to the Nigerian movie industry, Genevieve Nnaji became the first actor to be awarded Best Actress at the 2001 City Peoples Awards, the award ceremony previously had only recognized politicians and business conglomerates. She was also the first actor to be awarded as Best Actress by the Censors Board of Nigeria in 2003. In 2009, she was referred to as the Julia Roberts of Africa by Oprah Winfrey.

In January 2018, it was reported that Genevieve Nnaji would be replacing Funke Akindele as a member of the Dora Milaje in Marvel’s Avengers: Infinity War. Later, this was debunked as an internet prank, and the actor did not appear in the movie.

On 7 September 2018, her directorial debut Lionheart was acquired by online streaming service Netflix, making it the first Netflix original film from Nigeria. The movie had its world premiere at the 2018 Toronto International Film Festival, alongside Farming, the Adewale Akinnuoye-Agbaje‘s autobiographical directorial debut, where she starred alongside Kate Beckinsale, Damson Idris, and Gugu Mbatha-Raw.

On May 6, 2021, Genevieve Nnaji was featured in a skit by Ofego titled “Say It And Quench” on his YouTube channel.

Genevieve Nnaji is also a women’s activist. She advocates for Nigerian girls to have a say in who they choose to marry. She is against early marriages for the girl child. She is firmly against the abuse of women in society.

Genevieve Nnaji says she is a strong advocate for social justice. Further, she is a strong feminist. She states her type of feminism is the woman who has the right to make her own choices and do whatever she feels like.

Genevieve Nnaji has featured in several commercials, including Pronto (beverage) and Omo detergent. In 2004, she became the “Face of Lux” in Nigeria in a highly lucrative sponsorship deal.

In 2008, Genevieve Nnaji launched the clothing line “St. Genevieve“, donating its proceeds to charity. In May 2010, she was the official “Face of MUD” in Nigeria.

Star actress, Genevieve Nnaji was married to Ugochukwu Udezue, who happens to be the founder of  African Basketball League. She has a daughter whose name is Chimebuka Nnaji.

She has dated the following celebrities in the past;

Genevieve Nnaji has been nominated and has won a series of awards since her career in the movie industry. Some of her awards are;

Having been announced as one of the highest earning African actress in the planet coupled with being role model to many aspiring, Genevieve Nnaji has an estimated net worth of US$20 million.