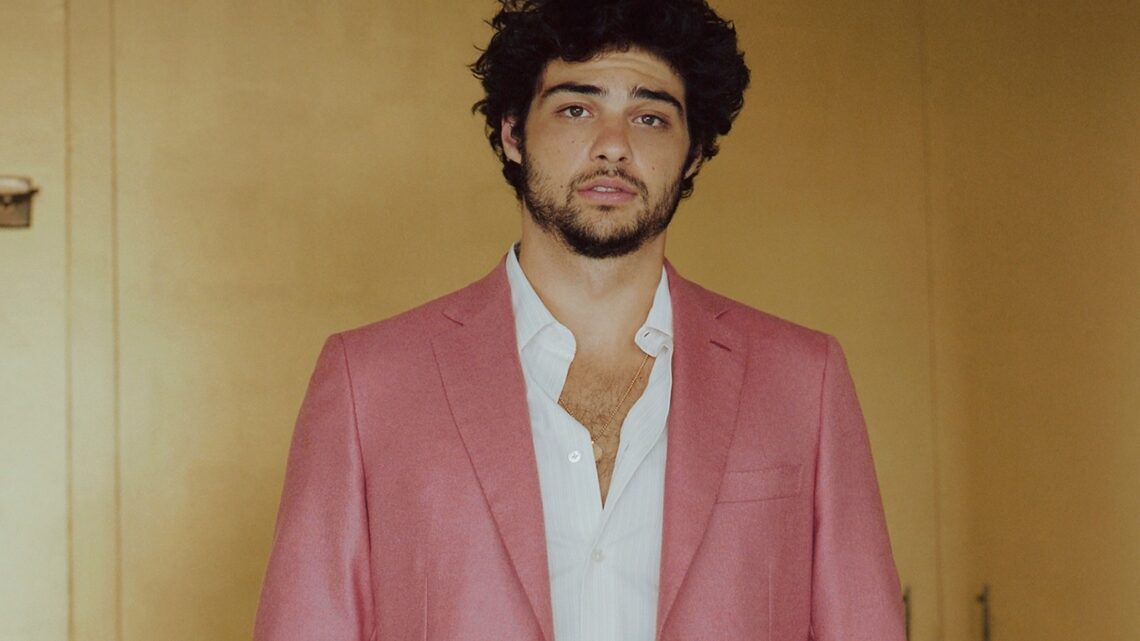 Noah Gregory Centineo (born 9 May 1996) is a renowned American actor and model.

He is famous for his role as Jesus Adams Foster in the final three seasons of the TV series The Fosters.

He is also known for his role in the Disney Channel film How to Build a Better Boy and the Netflix romantic comedy movies To all Boys I Loved Before, The Perfect Date, and Sierra Burgess, Is A Loser.

Noah Centineo was born on 9 May 1996 and fully named Noah Gregory Centineo in the beautiful city of Miami, Florida, situated in the United States.

According to sources, Noah Centineo is of half Italian ancestry, along with Dutch, partly Native American, and Puerto Rican.

He spent most of his childhood in Boynton Beach, Palm Beach, Florida, United States.

Noah Centineo‘s father is Gregory Vincent Centineo, while his mother is Kellee Janel (Andres). His father is a businessman and former pastor.

Unfortunately, his parents got divorced when he was fifteen years old, causing the family to separate.

Noah Centineo moved in with his mother in California, while his father and sister, Taylor Centineo stayed in Florida.

He has an older sister called Taylor Centineo. However, due to his parent’s divorce, Noah Centineo didn’t spend much time with his sister.

To further his education, he relocated to Los Angeles and enrolled at Agoura High School in 2012.

Noah Centineo started a career as an actor in 2009 when he played the lead role of Josh Peters in the family movie titled The Gold Retrievers. This was followed by minor roles in the Disney Channel sitcoms titled Austin & Ally and Shake It Up.

Noah Centineo subsequently co-starred the character of Jaden Stark in the Disney Channel Original Movie titled How To Build A Better Boy in 2014. That same year, he appeared as Ben Eastman in the Disney Channel comedy production titled Growing Up And Down, although the project was not selected to series.

In 2015, Noah Centineo took up the lead role of Jesus Adams Foster in the Freeform’s drama series titled The Fosters. He made his maiden appearance in the season three episode titled Lucky, which aired on 17 August 2015.

In 2017, Noah Centineo was nominated for the Teen Choice Award for the category of Choice Summer TV star (Male) for his excellent performance. He moved on to star in three Netflix original Teen comedy films in 2018. First was in the romantic movie To All Boys I’ve Loved Before, as Peter Kavinsky.

He got positive critical reviews from viewers for his role, which increased his fame as a ‘teen idol’.
Furthermore, he starred as Jamey in the film Sierra Burgess Is A Loser and in a movie simply titled Swiped.

In 2019, he was given the lead role of Brooks Rattigan in yet another Netflix romantic comedy film titled The Perfect Date and was released in April 2019.

In 2020, Noah Centineo returned as Peter Kavinsky into All Boys: Always And Forever on Netflix, released on February 12, 2021.

Noah Centineo is in line to appear in the DCEU film Black Adam, in which he will play the character of Atom Smasher. The movie will be released later in 2021.

Noah Centineo has received several recognitions for his exceptional contributions to the movie industry. Most notable of his recognitions include:

Noah Centineo is an active social media user. He lets his fan in on his personal life via his social media platforms, especially on Instagram.

Noah Centineo is a celebrity with good looks. The young American is quite tall with a height of 6 feet and weighs 79 kg. He also has an innocent look that could be credited to his hazel eyes, while his hair is dark-brown.

Noah Centineo had engaged in various forms of charity works, like in February 2020 when he launched a nonprofit initiative known as Favoured Nations to utilize his social media popularity to raise money for charity.

The initiative sparked after Noah teamed up with Omaze on a contest, which raised the sum of $280,000 handed to charity.

Noah Centineo started from scratch and developed to become a star actor. Noah Centineo‘s consistency and focus in the movie industry have resulted in an estimated $2 million.

The young actor and model are expected to get more funds following his predicted dominance in the movie industry.

Noah Centineo debuted in a film titled The Gold Retrievers as the lead character named Josh Peters in 2009. Ever since, the American has gone on to star in numerous films, most of which includes: