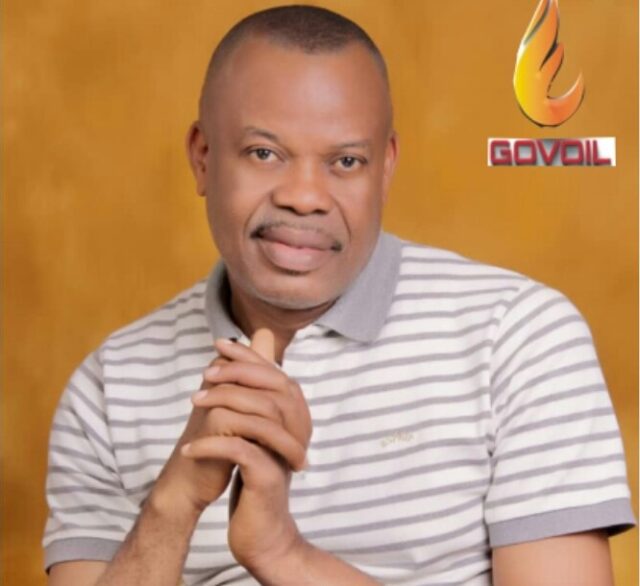 He is keenly admired by many for his roles in the films; Extreme Measure, Extreme Measure: 2, and Lionheart. Aside from acting, he is also a producer, television personality, and philanthropist.

Steve Eboh mostly plays the role of a father, title chief, elder, or caring husband in Nollywood movies alongside other top actors such as Ngozi Ezeonu, Kenneth Okonkwo, Eucharia Anunobi, Patience Ozokwor, Zack Orji, and a host of other top Nollywood celebrities.

He was also born and bred in Enugu State, the southeast part of Nigeria. However, he is Igbo by the tribe.

As a child, he always focused on achieving greatness and was inclined towards stage performance and general entertainment. Steve grew up alongside his family in the east.

Steve Eboh completed both his primary and secondary school education. He obtained both his First School Leaving Certificate and West African Senior School Certificate in his local town of Oji River Local Government Area of Enugu State, situated in the southeastern part of Nigeria.

He later graduated with a degree in Mass Communication from the prestigious University of Lagos, Lagos State, Nigeria.

Steve Eboh made his acting debut in 1996 in the Nollywood horror movie Karishika and was featured in its sequel Karishika 2. Since then, he has continued to dominate in many Nollywood movies.

He has acted in several popularly acclaimed Nollywood films such as; Ikuku, Taboo, Narrow Escape, Evil Passion, and The Concubines.

In 2018, Steve Eboh appeared in a Nollywood movie titled Lionheart in a supportive role.

In June 2019, he was announced as the brand ambassador of a Nigerian oil servicing and marketing company known as ‘GOVOIL.’ Meanwhile. He served as the Vice President of the Actors Guild of Nigeria (AGN) and Chairman of the National Caretaker Committee, AGN.

Steve Eboh also served as the CEO of Confirm Projects International Ltd. for a brief stint. Count till today, Steve Eboh starred and acted in over 150 Nollywood movies, including Extreme Measure, Love & Politics, Honest Deceiver, a Night with the King, and so on.

Steve Eboh is currently one of the most gifted, creative, skillful, and talented actors in Nigeria. He knows how to interpret various roles very well and can fit in any character given to him by movie producers and directors in Nigeria.

Steve Eboh, aside from his acting career, has supported several charity works. He was recently conferred with the status of ambassador for CARDAN. CARDAN is a sickle cell Non-Governmental Organization (NGO) based in London, United Kingdom.

The organization was launched by Mr. and Mrs. Ranti Nwosu, a couple from Imo State in the southeastern part of Nigeria, to bring the operations of the NGO closer to the people of Nigeria.

Disclosing his love for humanity, Nollywood star he revealed that he had desired to give hope and love to disadvantaged children born with abnormalities and that part of his plans would be to create much-needed awareness for Nigerians who may want to discriminate against people living with the problems of sickle cell and Anaemia.

He further said that the NGO, which has been in existence for the last three years in London, United Kingdom, is coming to Nigeria due to CARDAN’S way of saving lives and educating Nigerians on the traumas and problems many families are facing in the society today.

Steve Eboh went further to state that CARDAN will begin massive awareness on the dangers of sickle cell anemia to parents and their children and to ensure that people get to know their Genotype before getting married and all these services alongside others like immunization, educational program, medication, genetic counseling, general counseling, and testing would all be rendered free of charge to the general public.

Steve Eboh is currently married to a beautiful woman, and his marriage is blessed with lovely kids.

Despite his age, he is still regarded as one of the most handsome actors in the scene. He mostly dresses in traditional attires and is average in height and weight.

Steve Eboh had a secret but mysterious marriage. The Nollywood actor was said to have met his wife in London in one of his events’ trips alongside Chiyere Wilfred.

The holy solemnization, which came as a shock and surprise to the entire guests, we gathered, was a very secret and low-profiled one to the extent that the guests who were supposed to be pre-informed about the event they were attending didn’t get any idea of it until the family of the bride addressed them as ‘our in laws’ before they realized what they were in for.

Having presented some Kolanuts, goat, and palm wine as tradition demands, Steve Eboh was supposed to see at least the woman he came to pay her dowry, but the bride’s family, an insider, informed us, shielded their daughter from the entire crowd.

The bride was unavoidably absent due to reasons best known to Steve Eboh and the family of his new In-Laws.

Steve Eboh is one of the wealthiest and most influential actors in Nigeria, with an estimated net worth of US$350,000.