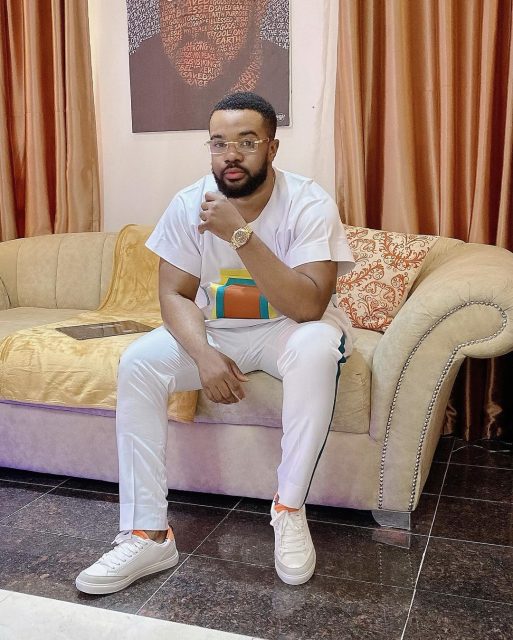 Aside from being a serial professionalized entity, he is also a renowned entrepreneur and motivational speaker.

He is known for his movie roles in Sugar Rush in 2019 and Story Story: The African Ride Share; a 2018 movie.

He is also known for his funny comedy skits which he posts on his YouTube and Instagram accounts.

Williams Uchemba was born on the 22nd of October with the year not stated in Abia State, the southeastern part of Nigeria.

He was born into a family of 6; his parents and his three other siblings. His father’s name is Chief Uche Mbah.

He is a native of Umueze Village, situated in Obazu Mbieri which is a city in Mbaitolu Local Government in Imo State, Nigeria. He has a sister name, Sandra Uchemba who happens to be an actress.

After he finished his primary and secondary education, both in Abia State, he obtained his First School Leaving Certificate and O’Level Certificate.

Actor Williams Uchemba started his career professionally as a child actor in 2000.

He became a popular child actor in the industry after featuring in The Journey Of The Dead, in which he played alongside Olu Jacobs, Ramsey Nouah, and Pete Edochie. This movie brought him into the light and gave him a platform to feature in other movies.

In total, actor Williams Uchemba has featured in over 90 Nollywood movies to date.

This NGO started with a program that aimed at taking 1,000 kids out of the streets and taking them to school.

In May 2020, actor Williams Uchemba built a house for a family that has been living in the slum. His partners in the US also offered scholarships to the two children in the family.

In June 2020, an 18-year-old furniture maker was adopted by the actor and he revealed that he had plans to sponsor his education until he graduates from the university.

This biography won’t be complete if there is no mention of how much the talented Nigerian on-screen personality has ascertained for himself.

Actor, Williams Uchemba is presumed to have accumulated an estimated net worth of $1.5 million.

The Nigerian personality has created a name for himself both on social media spaces and on screen. He is one of the top Nigerian content creators and social media personalities in Nigeria.

He celebrates his birthday on the 22nd of October. It’s been rumored that he was born in the 1980s.

Actor, Williams Uchemba is married to Brunella Oscar. Their wedding made headlines in November 2020.