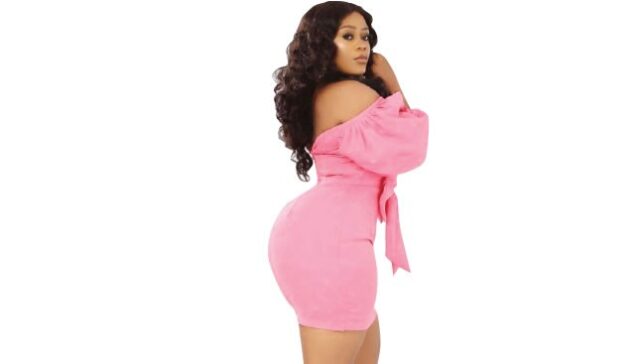 Didi Ekanem is one of Nollywood’s fast-rising actresses with a couple of movies under her belt.

Didi Ekanem was born in Akwa Ibom State to the family of Mr. and Mrs. Ekanem on the 27th of August, 1988.

She’s of the Calabar (Efik/Ibibio) tribe of Nigeria.

Before proceeding to the university, Didi attended Federal Government College, Ikot Ekpene, and Macdonald Memorial School for her high school education. She obtained her West African School Certificate from the latter.

Thereafter, she attended the University of Port Harcourt where she bagged a degree in Linguistics and Communications.

Didi Ekanem ventured into acting while she was still in the university. She started off with stage acting before switching a year later to the big screen.

Since then, she has been featured in a number of movies such as Journey to Dreamland, Escort Service, Jump and Pass, True to Love, Royal Rituals, Dining with the Devil, and many others.

She says that her favorite movie so far is Jump and Pass. It was directed by Desmond Elliot.

Didi Ekanem is currently single and hasn’t revealed whether she is in a relationship or not.

She recently launched her own clothing line called ODOT, The name is an abbreviation of her native name – Odot Ukpono. The translation of the name in English is: It deserves the honor.

She cites dancing as one of her hobbies, an activity she has loved engaging in since she was a little child.

Didi Ekanem is also controversial for her big backside which she doesn’t hesitate to flaunt on her social media page.

The Nollywood business person, Didi Ekanem whose source of income is entrepreneurial has an estimated net worth of $100,000-$250,000.