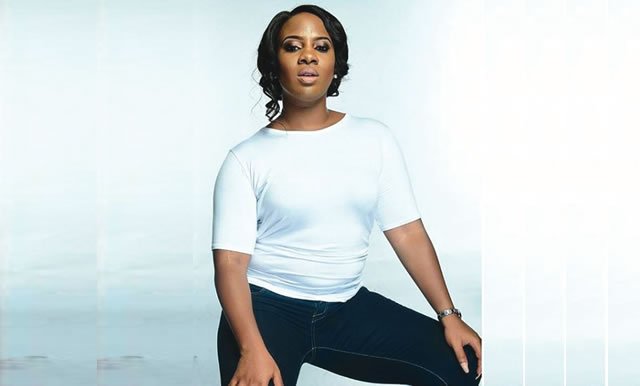 Kelechi Abiodun Ejelonu (born January 2, 1986) is her real name but she is fondly called KC Ejelonu. She is a fast-rising Nollywood actress and TV personality.

Aside from being an on-screen personality, she is a famous YouTuber with several views and subscribers on her page.

KC Ejelonu was born on January 2, 1986, in Lagos, Nigeria which makes her 36 years old. She has a mixed tribe in Nigeria as she has a father who hails from Imo State and a mother who is half Yoruba and half Scottish.

She moved to London with her family at the age of 14. She has grown to be famous, having carved a niche for herself in the Nigerian movie industry.

After graduating, KC Ejelonu worked for a couple of years with the famous Barclays Bank in London till 2010 before she made a career in the acting profession in Nigeria.

KC Ejelonu relocated to Nigeria and began her acting career some years back, taking notable roles in Nollywood movies.

She had a series of auditions and eventually got her first role, playing the character of Kamalitha in Heroes and Zeroes Nollywood movie.

Her brilliant performance made her famous in Nollywood and made her a household name.

In 2017, KC Ejelonu had a health challenge, though the nature of the ailment wasn’t disclosed to the public. But she shared on Instagram how she almost lost her life. But to the Glory of God, she survived it and now has and hearty doing amazingly well in movies.

KC Ejelonu is not yet married. She was said to be in a relationship that she has not disclosed to the public or social media.

The beautiful, highly creating and talented Nollywood star is reserved, focused and straightforward in her dealing. According to her, material things, designers and all that do not appeal to her. But she loves wearing earrings, according to her in an interview.

The beautiful young actress also said in an interview that she would need a God-fearing and educated man in her life. KC Ejelonu said she needed a man that would motivate her because, according to her, she wanted to learn new things from that person. She also said she needed someone that would love his family as well.

KC Ejelonu has made a big name in the entertainment world with an estimated net worth of about US$350,000.

KC Ejelonu is very popular on social media, with large followers on her Instagram.