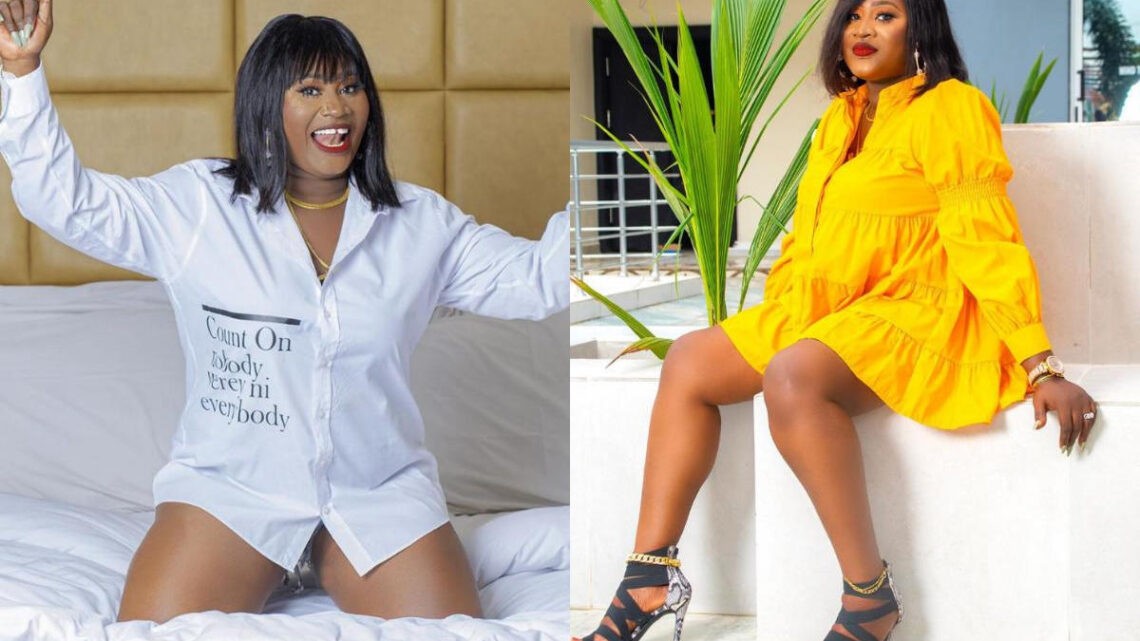 The talented personality is celebrated for having several movies under her belt.

The beautiful ebony lady, Yetunde Bakare is also a model and an entrepreneur.

Yetunde Bakare was born on the 8th of July to the family of Mr and Mrs Bakare. She is an Egba woman who hails from Abeokuta, Ogun State, Nigeria.

She was raised in Lagos City alongside her siblings. She comes from a Christian household.

Her acting journey began whilst she was still a teenager. As a teen, she joined her church’s drama group and participated in several drama presentations.

When she got to the university, she signed up as a member of a theatre group and performed in many stage plays.

She bagged a degree from one of the prestigious universities in South-West Nigeria.

Before Yetunde Bakare joined the Nollywood industry, she held a job as a model. She modelled for First Weekly Magazine and other top magazines in the country.

While she was working at First Weekly Magazine, she became friends with media personality Kanbi Owolabi, who introduced her to some Nollywood stars.

Not long after, she became acquainted with top Yoruba actor, Yomi Fash Lanso and started accompanying him to movie sets. She was doing this to learn how to act.

She debuted in the film, Awon Okunrin, which was produced by ace actress Funke Akindele. The project was released in 2011.

She has grown over the years to become one of the leading actresses in the industry and has featured in several movies such as Omo Olodo, Ajobo, Iyawo Teacher, The Circle, Amisu, Awolu Goes To School, Sunday Gboku Gboku, Alani Baba Labake, Super Moms and lots more

She is also a movie producer and has worked on a sizable amount of projects in the last ten years. Some of her works are; Sisi Caro, Ibaje, Asiyan, Atunbotan, Mariwo and Arinola.

In recognition of her work as a talented actress, she was given an award of excellence by J-Kue Entertainment.

She also clinched the Most Promising Actress (Yoruba) award at the City People Entertainment Awards.

Yetunde Bakare is also an entrepreneur and serves as the CEO of the fashion brand – Lush Collections. The company deals in the sales of male and female clothing wears and accessories. They also sell hair products.

The gorgeous actress, Yetunde Bakare is very active on social media especially Instagram where she posts pictures and videos of herself and upcoming works.

Her Instagram handle is @yetundebakare. She has over 363k followers.

Yetunde Bakare is in her early 30s of age. She is unmarried and a single mom to a handsome boy.

There is a possibility that the father of her son is estranged. She got engaged to a man whose identity is not disclosed in 2022, as shared on her verified account.

She lives in her own apartment in the city of Lagos. She has revealed that she was once a victim of sexual harassment by a fellow actor.

The talented beautiful actress, Yetunde Bakare has accumulated an estimated net worth of $100,000-$500,000.

[Battle Rap] Penpriest vs Black Lip Pastor (Bars Are Back 2)