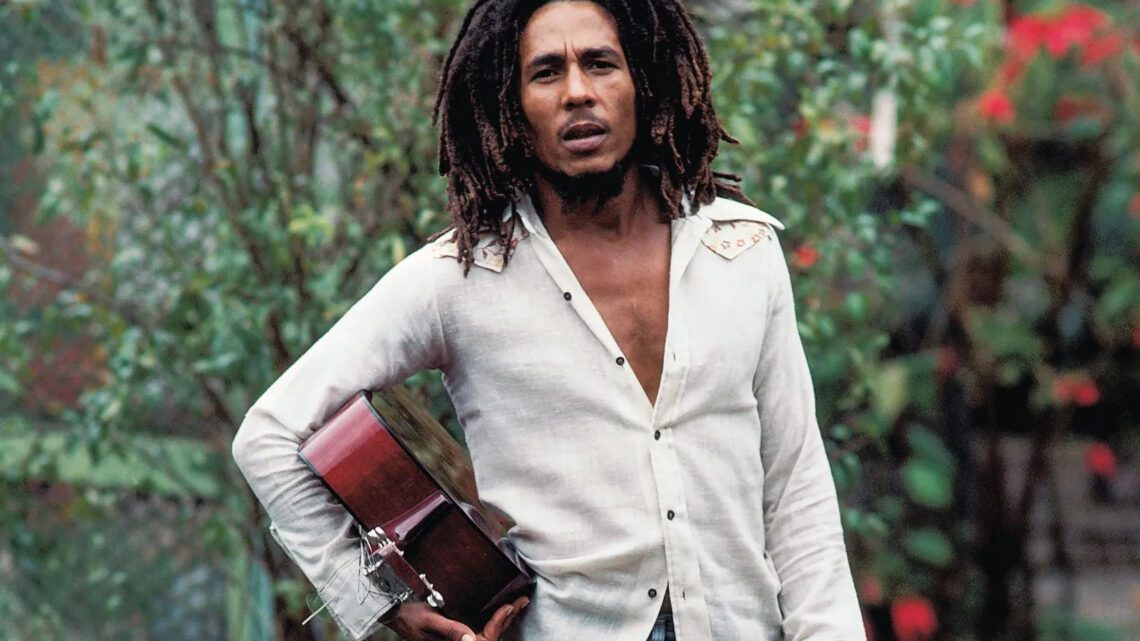 Robert Nesta Marley (born 6 February 1945 – 11 May 1981) was a popular reggae musician and songwriter from Jamaica known as Bob Marley.

He was known for promoting the reggae genre and was one of the early birds in the musical genre.

To date, Bob Marley still inspires everyone diving into the genre and has been marked a legend in the global music scene. He was and remained a global music icon despite his death.

Norval Marley was born in Crowborough, East Sussex, England, and was a resident of Clarendon Parish at the time. His family claimed Syrian Jewish ancestry.

Norval Marley was a captain in the Royal Marines when he married Cedella Booker, an Afro-Jamaican who was 18 at the time. He worked as a plantation overseer.

Robert Nesta Marley is Bob Marley‘s full name. His father died of a heart attack at the age of 70 when Bob Marley was ten years old in 1955.

Bob Marley began his professional musical career in 1963 when he formed the Teenagers with Peter Tosh and Bunny Wailer, which later became the Wailers following multiple name changes.

After signing with Island music label and the release of albums Catch a Fire and Burnin’ in 1974, the band began to acquire international prominence. Bob Marley continued to perform under the Wailers’ name until the band disbanded a year later. The album Natty Dread (1974) garnered favorable reviews.

Following the global success of Eric Clapton’s cover of Bob Marley‘s I Shot the Sheriff, Bob Marley had his international breakthrough in 1975 with a live version of No Woman, No Cry from the Live! The album, which was his first hit outside Jamaica. This was followed by Rastaman Vibration (1976), his breakthrough album in the United States, which charted in the Top 50 on the Billboard Soul Charts.

Bob Marley escaped an assassination attempt at his home in Jamaica a few months after the album’s release, prompting him to go to London permanently. Exodus (1977), which blended elements of blues, soul, and British rock, was a financial and critical success and was recorded and released during his stay in London.

Bob Marley‘s post-humous music album Legend, published in 1984, became the best-selling reggae album of all time. He is among the most successful musicians of all time, having sold more than 75 million records worldwide.

Bob Marley was posthumously honored by Jamaica with a recognized Order of Merit shortly after his death. He was elected to the Rock & Roll Hall of Fame in 1994. He was voted No. 11 on Rolling Stone’s list of the 100 Greatest Artists of All Time.

Among his other accomplishments are the following:

Bob Marley was a long-time member of the Rastafari movement, whose culture influenced the birth of reggae music. He became a fervent supporter of Rastafari, bringing the music out of Jamaica’s impoverished communities and onto the international music arena.

As a Rastafarian, he believed Ethiopia’s Haile Selassie was an incarnation of God. On 4 November 1980, soon before his death, Archbishop Abuna Yesehaq baptized Bob Marley into the Ethiopian Orthodox Church, giving him the name Berhane Selassie.

Bob Marley supports the legalization of cannabis as a Rastafarian, believing it to be a meditation aid. He was imprisoned in 1968 after being found smoking marijuana, but he continued to use it because of his religious views.

On February 10, 1966, Bob Marley married Rita Marley in Kingston, Jamaica. He had a large family, including four children with his wife, Rita Marley, two adopted children from Rita Marley‘s past marriages, and several other women.

Bob Marley was diagnosed with cancer in 1977. He lost his right with a terrible disease in 1981 and passed on.

He was one of the wealthiest musician of his time. Bob Marley accumulated an estimated net worth of US$32 million before his death.