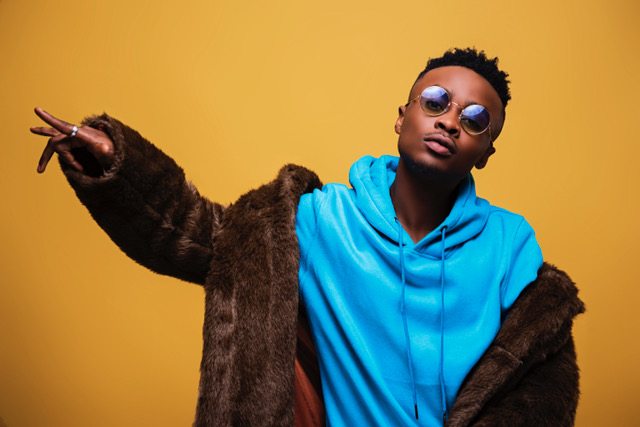 Full name Prince Adeshina Joshua Aromolaran, but became known with Deshinor is a Nigerian singer and songwriter, who came into the limelight after his hit single, Pemi.

Deshinor was born on the 7th of October, 1996 to the family of Mr. Ademola Aromolaran and Mrs. Janet Aromolaran.

He is from Ilesha City, Osun State.

For his secondary education, Deshinor attended Solid Rock Model College Otta, Ogun State. He went on to bag a degree in Mass Communications from the prestigious University of Lagos.

Though he had earlier wanted to be a footballer, he discovered his love for music when he was eleven.

He was able to grow his passion with the musical influence of artists like King Sunny Ade, 9ice, Asa, and many others.

In 2016, he released his first official single, New Wave. The song was produced by Krizbeatz.

In 2017, he followed up his first song with another single titled, International which was produced by Mystro.

His debut EP, “Desh The EP” was released on the 12th of November, 2020. The EP is made up of seven songs with production credits going to the likes of Magicsticks, Runtinz, Cracker Mallo, BeatbyQue, and many others.

Laycon also collaborated with Deshinor on a trending song titled Hip Hop in which he took the hook.

Deshinor‘s current relationship status is unknown because he keeps a private life.

In November 2017, he won the most promising act to watch at the Nigeria Entertainment Awards, USA.