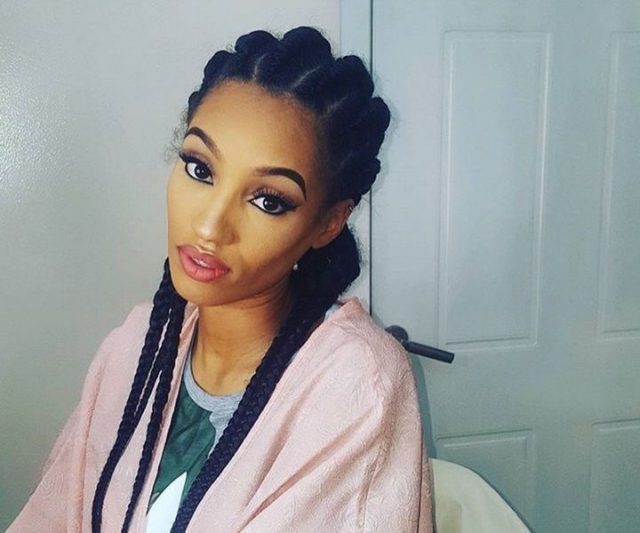 She is one of the musicians signed to the popular Nigerian Record Label, Mavin Records in the year 2009.

She does R&B, pop, Afrobeat, Afropop. She has been active in the music industry from the year 2002 till date.

Di’ja hails from the northern part of Nigeria where she was born to a Sierra Leone Mum and her dad who is a Nigerian.

She has lived in several countries like Sierra Leone, Canada and the United States of America.

She committed herself to her education at her young age and she acquired a degree in both Biology and Psychology.

Di’ja can be seen as a very beautiful, creative and talented person. She is just not a singer but also a visual artist, designer, philanthropist and humanitarian.

Di’ja lived in Nigeria, Sierra Leone, the United States and Canada. She was born to Sierra Leonean mother and Nigerian father in 1989 on the 14th of August.

She got use to music as a result of the fact that her mum who happens to be sierra loner who do go about with musical CD’s when she was young.

She hails from Kaduna State in Nigeria and a Muslim by religion. She had passion for music right from her early days.

She bears Hadiza Bells before converting to the stage name Di’ja.

Di’ja completed her primary and secondary education then she went further to earn two degrees from different universities in the united State of America.

She earned a Bachelor degree in Biology and also in psychology.

Di’ja started her career after she graduated from school and passion for music has some connection with her family as she stated that her mom influenced her path through various CD collections around her during childhood.

She then released her first single titled, Rock Steady in the year 2009 which brought her nomination for the best R and B single at the Canadian Radio Music Awards in the same year.

After several years she was finally signed by Don Jazzy to Mavin Records and she released her first single titled, Yaro on the February in the year 2014. She has also won several awards as a credit to her career and some of them are Nigeria Entertainment Awards, Canadian Radio Music Awards, Beat Music Awards.

Di’ja has realeased songs over the years and some of them are;

Di’ja is one of the most followed Nigerian public figures with active social media fans. She has over 1.2million followers on Instagram.

Di’ja is currently married to her husband, Rotimi which they had a wedding in the year 2015.

They both have a baby boy together and later on, she had another female child.

She can be seen as a Muslim to the core. She also has an elder brother who she vividly described as her best friend.

The talented Nigerian singer and songwriter, Di’ja has amassed an estimated net worth figured at $500,000.