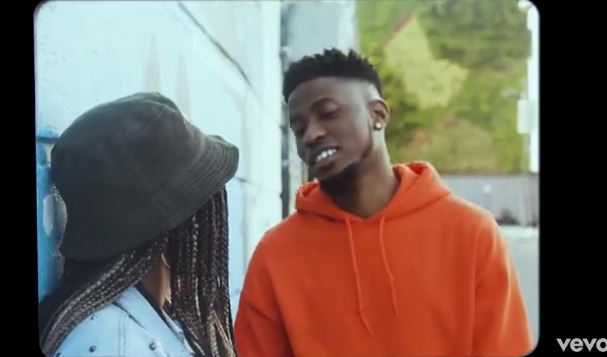 Born in Abuja, LK Kuddy (conceived 31 December 1992) is the stage name of Olakunle AbdulAzeez Esuola who is a 29 years old talented Nigerian Afro-Pop singer and songwriter.

LK Kuddy was born in 1992 in Abuja, Northern Nigeria.

Though he was raised in the city, he hails from Oyo State.

He obtained his First School Leaving Certificate and West African School Certificate in the same city.

He bagged a degree in Economics from the University of Abuja.

While in his teens, LK Kuddy developed a passion for music.

In 2011, whilst he was an undergraduate, he participated in the ELI (Everybody Loves Ice Prince) Oleku and Superstar Competition where he emerged as the 1st runner up.

During his final year in the university, he won the Blackberry Supercampus Crew Competition in 2012.

Over the years, LK Kuddy has evolved to be one of the fast-rising music acts in the country.

He has performed in shows alongside top music artists like Wizkid, Ice Prince, Tuface Idibia, Waje, MI Abaga, Patoranking amongst others.

In 2014, he dropped the single, Vanilla, where he featured Iyanya.

He is currently signed to Kizz Daniel‘s label, Flyboy Entertainment.

In 2017, he was featured on Peruzzi‘s song, For Your Pocket.

He claims to be inspired by music icons like Fela Anikulapo Kuti, Tuface Idibia and 9ice.

His official Instagram handle is @lk_kuddy. He has over 65.5k followers on the platform.

The 29 years old LK Kuddy is unmarried and doesn’t have a child. He is currently single.