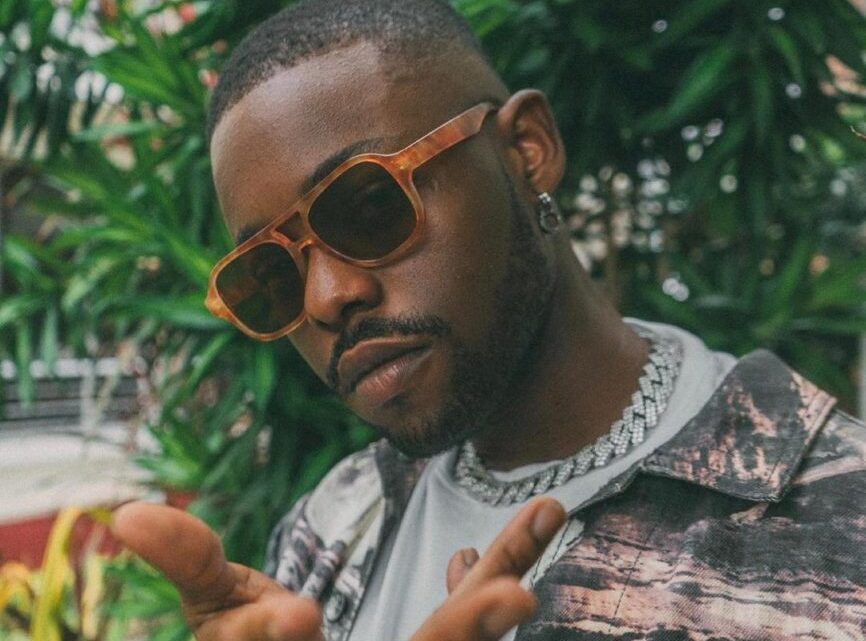 Lekan Osifeso Jr. (born April 28, 1996) is a fast-rising Afro-fusion artist in the Nigerian music scene whose debut single, Ariel, was released in 2019.

The singer, known professionally by the moniker, Lojay, became a famous name in the industry after teaming up with veteran producer, Sarz to release the hit single, Tonongo.

The single is one of the tracks of his successful EP, LV N ATTN, where he also collaborated with Sarz and Wizkid.

Considered to be one of the budding music acts in Nigeria, he has honored invitations to perform at several shows and concerts in Africa and Europe.

Less than six months after becoming a star, Lojay was nominated for the Most Promising African Artiste category at the 2021 AFRIMA awards.

Lojay was born to the Yoruba family of Mr. and Mrs. Lekan Osifeso on the 28th Of April 1996.

He was named after his father and called Lekan Osifeso Jr.

He hails from one of the states in southwest Nigeria and is the family’s first child.

He grew up in a religious household, as his parents were devout Christians. This meant that he attended church regularly and rarely missed church services.

His religious background helped him discover his love for music. From listening to the several gospel songs his parents fancied playing, he became interested in music.

And this likeness was fostered by Disney music because he liked watching their movies. Lojay was also inspired by artists like Michael Jackson, Jon Bellion, Bruno Mars, and Wizkid.

He began creating music while he was in high school, composing music lyrics during his free hours. He performed some of these songs to the admiration of his classmates and friends in the neighborhood during school events and local shows in the community.

Lojay was educated at elite private schools for his elementary, middle school, and high school education.

He traveled overseas to the United Kingdom to study for his first degree. He bagged his bachelor’s degree after four years of study in 2018.

Lojay‘s first official record was released in 2016 while he was still an undergraduate. However, it was until 2018, after he graduated, that he decided to do music professionally. He released his debut single, Ariel, in 2019. The song put him on the Nigerian music landscape as lovers of good music saw what he had to offer, and critics commended him for his songwriting prowess and distinct sound.

In mid-2020, he dropped another single titled, Ogogoro, which saw him lean more towards Afro-fusion sound, setting him apart from other upcoming musicians. Ogogoro was more successful than Ariel, doing good numbers in terms of streams, downloads, and placement on music charts. The song set the pace for greater success in the industry.

During the pandemic, Lojay reached out to the ace producer, Sarz, that he wanted to collaborate with him. The latter obliged Lojay and asked that he come over to Sarz‘s studio in Lagos. Lojay‘s initial plan was to work on a song together, but they ended up holding a 3-months Bootcamp that led to the creation of the successful project, EP, “LV N ATTN.” The six-track song is Lojay‘s official project and is a short form of “Love And Attention.”

The EP’s first single, Tongogo, was released on the 30th Of April 2021, and it instantly became a hit giving Lojay a greater level of stardom in the industry. The song rose to the top of music charts within days and recorded thousands of streams from lovers of Afrobeats music across the world.

Two months after the release of Tongogo, Sarz and Lojay dropped their joint project, LV N ATTN, on the 4th of June 2021. As expected, DSPs promoted the project, helping to carry it to the ears of eager fans. Two of the project’s songs, Monalisa and LV N ATTN, became people’s favorites in no time.

The music video of Monalisa, which became a choice club and party jam, was released on the 15th Of September 2021. The video was directed by UAX Visuals, while Lojay was styled by Sanusucii.

Wizkid was featured on “LV N ATTN,” the titular single of the project. According to Lojay, he had been invited by Sarz to a studio in West London where Wizkid was waiting for him, and they recorded the song together.

Since he came to the limelight, Lojay has been invited to perform at several music events across Africa and Europe. In addition, he was recently nominated by AFRIMA for the Most Promising African Artiste Category. The nomination is coming barely five months after he released his debut EP.

Ever since he rose to stardom, Lojay‘s followers on social media have been increasing on a daily basis. He currently possesses over 120k followers on Instagram.

Lojay turned 25 years old on the 28th Of April. He resides in a highbrow neighborhood in Lagos, where he is the proud owner of an upscale apartment and an exotic car. He is currently being managed by Anthony Egwu.

When he is not on the road, performing at shows, or making music in the studio, he hangs out with his close friends and spends time with his family members. Lojay is signed to Metallic Music/1789; a Lagos-based record label.

Though the singer, Lojay is not married or engaged to any lady, his current relationship status is unknown and no girlfriend is disclosed as he keeps his personal life private from the press or public’s view.

Since he became a thriving musician, Lojay has made a steady income from his career, gradually building a fortune from his earnings.