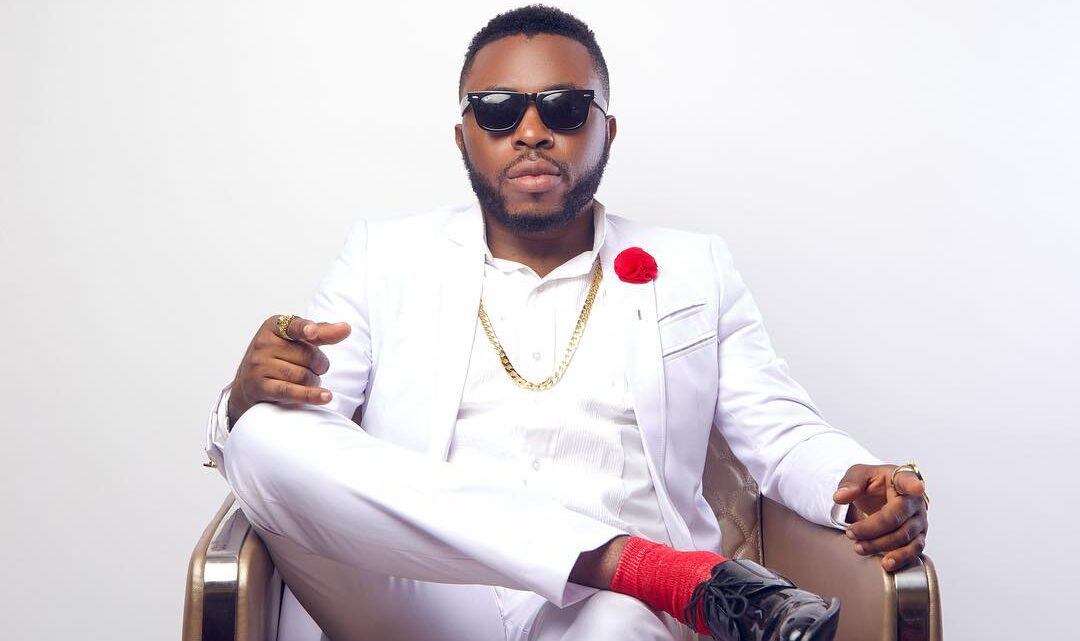 Samuel Oguachuba (born February 5, 1985) is an Afrobeats leading music producer and recording artist who goes by the stage name, Samklef. The music act is also a top-notch disc jockey in the industry.

Samklef has worked with a host of Nigerian musicians in creating chart-topping in the past decade. He came to the limelight due to his collaboration with Wizkid in the early days of Starboy’s music career.

He is currently based in the United States, where he is also pursuing a career as a filmmaker.

Samklef is a Nigerian by birth who hails from the Igbo tribe in the Southeastern geopolitical zone. He is an indigene of Imo State, dubbed Eastern Heartland. He is aged 37 years old.

The world-class producer was born on the 5th Of February 1985 to the family of Mr. and Mrs. Oguachuba. He was birthed in the city of Lagos, the commercial capital of Nigeria. Weeks after Samklef was born, his parents registered his birth with the name Samuel Oguachuba.

Lagos helped to shape Samklef, as he spent his early years in the city, residing in Airforce Base, PWD, Ikeja. His father was a military officer, so the family lived in the barracks.

From the time of his birth till when he became an adult, Samklef and his family would live in different parts of Lagos. His family moved from the Airforce base to Iju. After that, they switched residence to an apartment in Maroko, and from there, they moved to Allen Avenue. They also resided in Oregun and Ogba during a particular period.

Like the rest of their children, the Oguachuba’s ensured that Samklef had access to formal education while growing up.

He underwent his primary and secondary school education at public-owned schools in Lagos.

During his childhood and teenage years, Samklef was fascinated with music and would spend hours every week listening to songs by Nigerian and foreign artists. However, he wasn’t content with just listening to songs and wanted to participate in the industry.

This burning passion for music made him start a career as a disc jockey. Having learned the ropes of the profession from an older friend, he began to work as a DJ in Lagos. He started by performing at parties in his community before moving to perform at top events and shows in the city.

Nevertheless, when he switched to sound production, he got his big break. While working as a DJ, Samklef had been learning how to produce music beats, and in a couple of months, he became good at the skill.

Thus, he began to seek out upcoming artists that he could collaborate with. This was how his path crossed with Afrobeats icon, Wizkid. The story of Wizkid‘s success in the music industry cannot be told without mentioning Samklef‘s name. The producer is responsible for producing the beats of hit songs such as Tease Me, Don’t Dull, and Pakuromo.

He also has production credits for successful songs and projects like My Life (Enemies), Kilode, Everybody Loves Ice Prince, Jagz Nation, Vol 1., Superstar, YBNL, Slow Whine, Wad Up, Do It To Me, and What You Wanna Do?

Samklef is also a recording artist. He released his debut album in 2010. The project is titled Noni, and the international version of the album, which was released in 2011, is titled NONILIZING.

Besides music, he is also a budding filmmaker and has written and produced a couple of short films. He has also had stints with entertainment firms such as Sound Factory, Mind Falls, Exp & i360, and Flow Records.

As a big name in the entertainment industry, Samklef is a top-rated influencer on social media.

More so, he runs an Instagram page called Everything Samklef where he posts entertaining content for the thrill of his followers. He has over 22.8k followers on the page.

Samklef is married to Yvonne Iheduru. The couple tied the knot when Samklef was twenty-five years old. He migrated to the United States Of America a few years back, searching for greener pastures.

In 2021, he bought a new house, where he and his family currently reside.

Samklef is also a music executive, having founded the record label Noni Records. The music guru is the brain behind Kleff Sounds, where he works with both emerging and leading African acts to make beautiful music.

He was formerly signed to the management company, Back 2 Black, which is owned by his friend, Okoh Arthur Armando.

He is currently being managed by EMAXTA Management Company.

Samklef is living a very comfortable lifestyle in the United States. His earnings as a music producer, recording artist, and music entrepreneur make this possible.