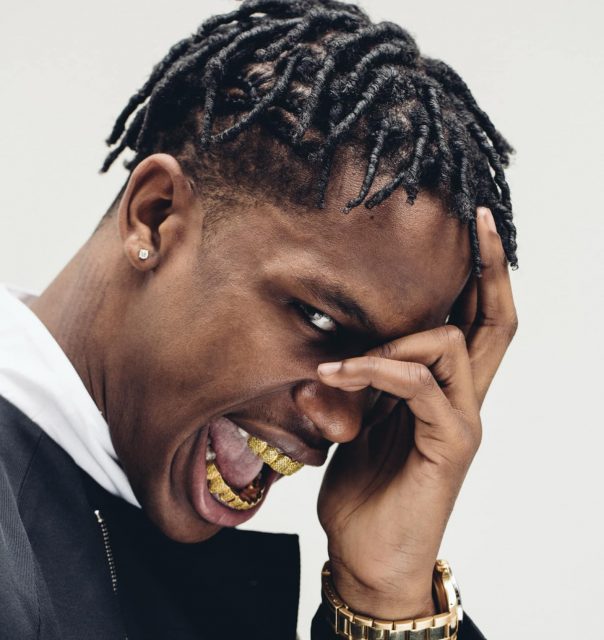 Travis Scott whose real name is Jacques Bermon Webster II was born on the 3oth April 1991.

He happens to be an American singer, songwriter, rapper, and also record producer.

He got his stage name; Travis Scott from the combination of a favorite uncle of his with that of the first name of one of his inspirations, Kid Cudi, who happens to be Scott Mescudi by name.

Travis Scott’s father was a businessman while his mother worked for Apple. During his childhood days, Scott lived with his grandmother in South Park, Houston.

Living in south-central Houston was a bit difficult for Scott as the neighborhood was notorious for a crime that had some impacts on him then.

The weird and unpleasant things he saw made him move out of the neighborhood to stay with his parents at Missouri City which is a middle-class suburban area and a border to southwest Houston.

When he was in high school, he partook in musical theatre.

Travis Scott attended Elkins High School after which he proceeded to the University of Texas located in San Antonio for his degree.

He, however, didn’t finish his studies there as he dropped out to pursue music instead. This happened in his second year in the University.

In 2009, Travis Scott formed another group, The Classmates with one of his classmates, OG Chess. Buddy Rich and Cruis’n USA were two projects they both worked on and released in 2009 and 2010 respectively. They, however, separated in 2012 following personal and financial disagreements.

Scott later moved to live with his friend, Mike Waxx who was the CEO of the music website IIIroots in Washington DC, New York City, He eventually moved to Los Angeles, California after months due to frustration and due to the fact that he wasn’t progressing in his career.

Travis Scott despite all these still faced some other challenges before he became a hit. He made his first solo full-length project titled, Owl Pharaoh which was later recreated by Kanye West and Mike Dean.

Travis Scott is quite active on his social media page and currently has over 40.8 million followers.
Instagram handle: @travisscott

Travis Scott believes in Christianity and includes themes relating to his faith in his music.

He dated Kylie Jenner, a reality television star and entrepreneur but the couple broke up in September 2019. He, however, has a daughter with Kylie Jenner as she bore him a daughter on February 1, 2018.

There are rumors of the couple reconciling as they have been spotted together after their breakup. He has been nominated for several awards in the past years although he didn’t win all.

He was also nominated this year for the Premio Lo Nuestro award and the Latin Grammy Award for “Best Music Video; TKN” in which he was featured by Rosalía and he won. He is also currently a nominee for Grammy Awards for his rap music, Highest in the Room.

The gifted American rapper and songwriter, Travis Scott has accumulated a net worth of $50 Million.