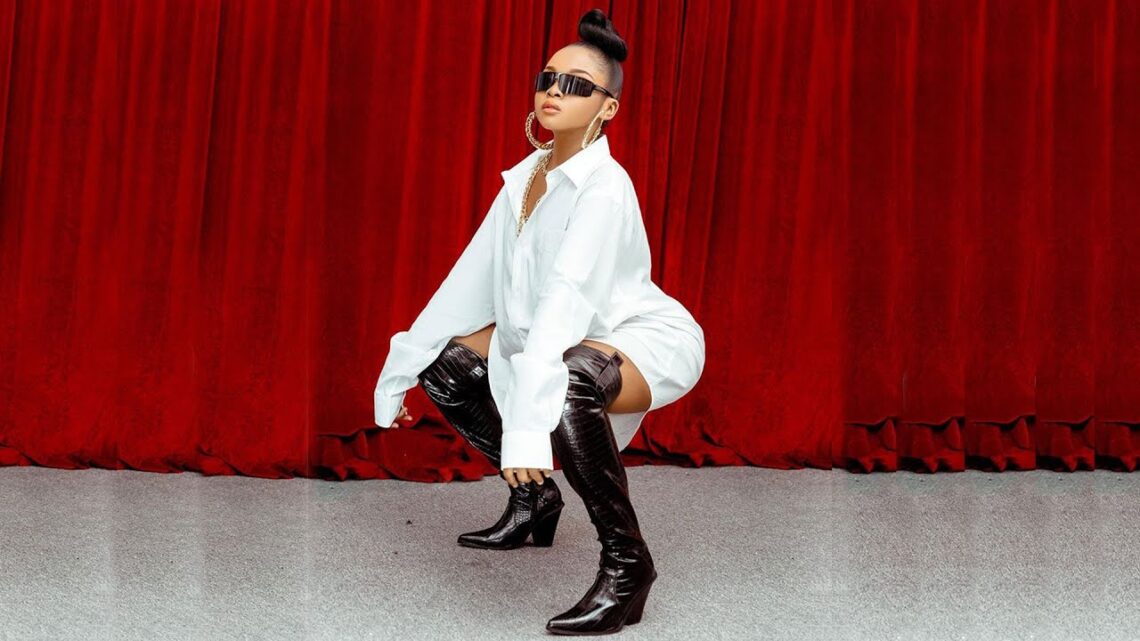 Zuhura Othman Soud, specially addressed as Zuchu, was born on the 22nd of November 1993.

Zuchu is a gifted Tanzanian singer and also a songwriter.

She became famous after her widely loved song “Hakuna Kuala” was released.

In addition, she is known for her entertaining and educating songs.

Zuchu was signed under the WCB Wasafi Record label, Tanzania, but it was not official until 2020, when it was revealed.

She was signed on 9th April 2020 and welcomed by Diamond Platnumz and Sallam SK.

She grew under her parent’s roof, and she started singing when she was still very young.

At this period, her mother was acting as her manager.

Zuchu, having grown up as part of the church choir, was able to gather enough experience and skill.

This exposure helped her in her career as she happens to be endowed with an exceptional sonorous voice.

This is part of the primary justification for her sudden rise to fame.

It is only known that Zuchu schooled in Tanzania, but she does not reveal the same schools she attended.

Some have argued that she is currently in the university studying music, but TheCityCeleb cannot ascertain this claim as it is just mere speculations and rumors.

Zuchu started singing when she was still very young, but she was not known until she was signed to Diamond Platnumz record label, WCB. Before her first appearance with WCB, she had taken part in 2015’s Tecno Tour in Lagos, where she challenged Nandy and Sapera on the stage.

She lost the competition to Sapera. However, in 2020, she became so renowned after she sang Cheche alongside Diamond Platnumz. In April of 2020 again, she released her EP album titled I Am Zuchu. This was when she was publicly announced as the new female signee of Diamond’s WCB record label.

The album has seven songs, which includes Wana, Mauzuza, Ashua, Hakuna Kulala, Niamehe, Raha and Kwaru. The album was released by the crew members and family, including Diamond Platnumz, Sallam SK, Mbosso, Lavalava, Khadija Kope (her mother), Babu Tale, and others.

During this period, she went on stage with her mother to sing the new song titled Mazauza.

Zuchu got signed into the WCB and is being referred to as WCB queen. Some months after Zuchu was signed into WCB, Diamond gifted her a brand new car, which made her so happy that she broke down in tears of gratitude.

Zuchu hails from an inclined music family. Bi Khadija Omar Kopa, who served as her manager, was a famous musical artist.

Zuchu’s mother was the one that helped her on the musical journey by introducing Zuchu to Diamond Platnumz, who signed her. Bi Khadija had in the past sang ‘Nasema Nawe’ with Diamond Platnumz.

The first known collaboration did by Zuchu was with her mother on their song ‘Mazauza.’

Zuchu is currently a single lady who is engrossed with the demands of her career. There has not been any report of her having any boyfriend, even in the past years.

Zuchu has enjoyed music right from childhood, and she has devoted her time to improving her musical skill.

Zuchu‘s songs include the following:

Zuchu is active on social media platforms, with many followers constantly checking and engaging her posts.

Zuchu is a singer and songwriter who has been having her dreams come through at a young age.

She has an estimated net worth of about $550,000 which she has gotten through her hard work and dedication to her career.