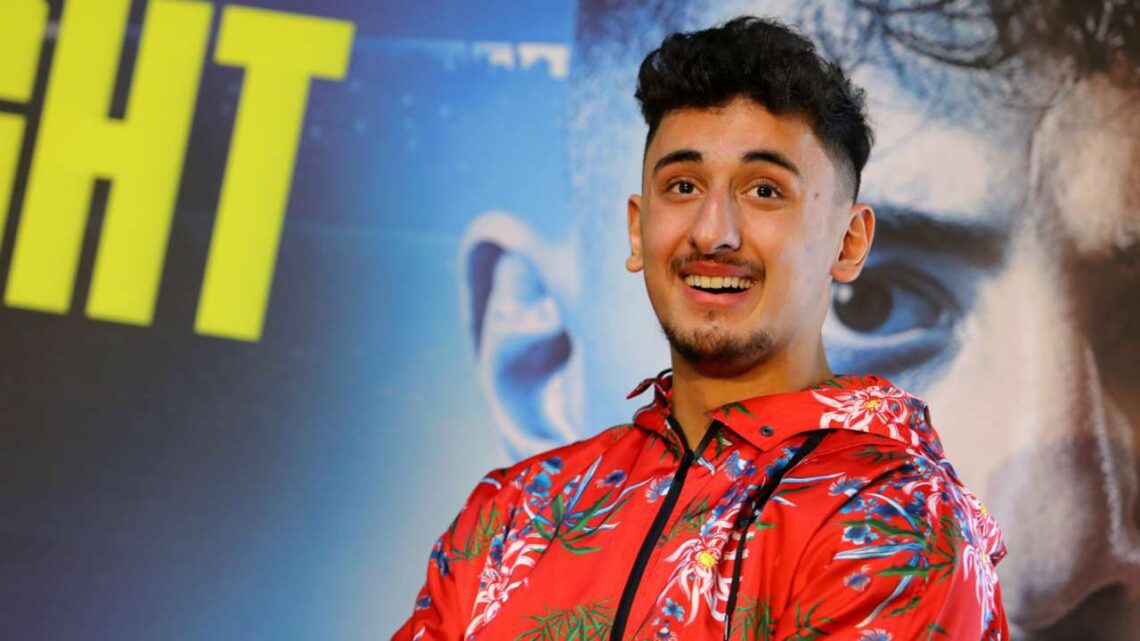 AnEsonGib (born July 4, 1996), whose real name is Ali Loui Al-Fakhri, is a British YouTube star, social media personality, and boxer. He has over two million subscribers on his YouTube channel, where he posts videos of himself boxing and reactions to his fights.

AnEsonGib has also competed in several professional boxing matches, most notably with KSI and Jake Paul.

AnEsonGib fights in the cruiserweight division of boxing and has fought Jake Paul in a professional match. Aside from this, he has also boxed as an amateur. He has fought twice on KSI undercards and once in the YouTubers vs. TikTokers event, also as an undercard fight.

Ali Loui Al-Fakhri, popularly known as AnEsonGib, was born on the 4th of July 1996 in Riyadh, Saudi Arabia, to an Arabian mother and a Tunisian father. He has two brothers and two sisters. When he was four, his family moved to London, England.

AnEsonGib has described his childhood as “pretty tough,” saying that he was bullied for being small and for having an Arabian accent. He began playing football at the age of six and wanted to become a professional footballer.

Despite his tough experiences as a child, he became stronger. All thanks to his parents, who taught him the value of hard work and self-discipline. They instilled in him the importance of always pushing himself to do better and never giving up.

As a result of the lessons AnEsonGib learned from his parents, he has become a successful and well-respected man. He is proof that even though the odds may be against you, if you have the right mindset and work hard, you can overcome anything.

Currently, there are no details concerning AnEsonGib‘s relationship and love life. From the look of things, the young YouTuber seems to be single and focusing on his career. However, this could all change in the future, and we will be sure to update this article if any new information arises.

AnEsonGib launched his YouTube channel on August 18, 2012. He published his debut video, FIFA 13 gameplay, in November 2012. He is a well-known FIFA player who is well-known for his Ultimate Team pack luck. Because he gets high-rated players in the packs, he refers to himself as the “pack king.”

His first break came after wagering on KSI and W2S (Harry Lewis) in FIFA 14. Since then, AnEsonGib has worked on other projects with Harry Lewis, the majority of them revolving around the FIFA series. He also participated in Southampton’s YouTube Allstars charity football match in 2016.

On February 3, 2018, AnEsonGib fought his friend MaxPlaysFIFA on the undercard of the KSI vs. Joe Weller event in the Copper Box Arena. He won the fight by KO in the second round. He has fought Austin McBroom.

On December 20, 2019, It was announced by DAZN USA and Matchroom Boxing that AnEsonGib would make his professional boxing debut on January 30, 2020, in Miami, Florida, against American YouTuber Jake Paul. Jake Paul won the fight by TKO 2 minutes 18 into the first round.

On 12 June 2021, AnEsonGib fought TikToker, Taylor Holder. On 18 May 2021, YouTube and TikTok boxers had their first press conference.

AnEsonGib has an estimated net worth of $600,000. He makes the majority of his money from advertisements and sponsorships. However, he also has a merchandise line that generates significant revenue.