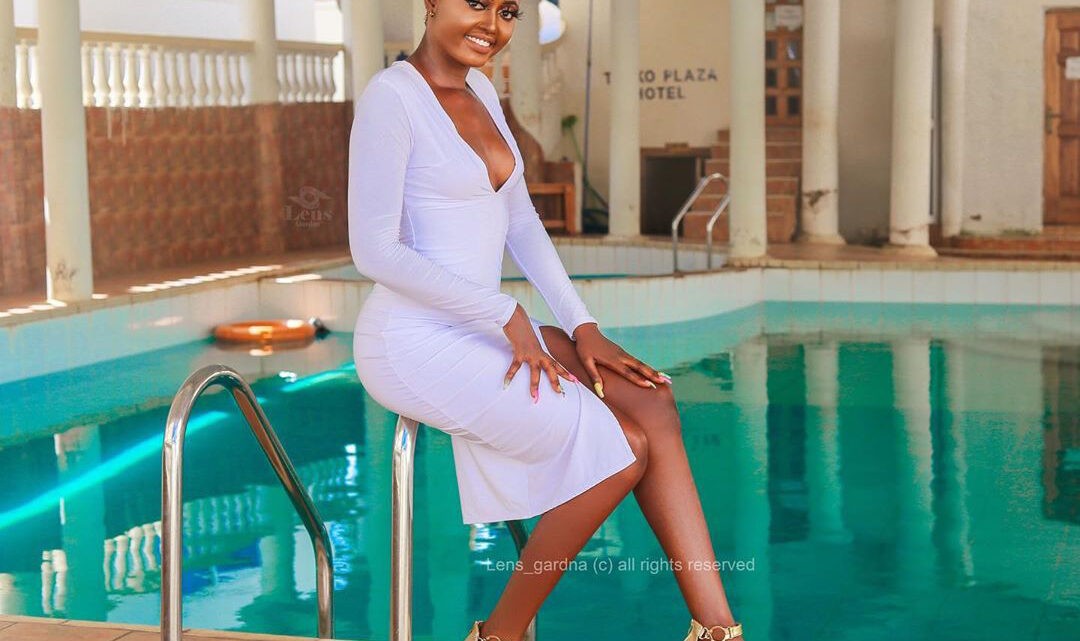 She is also an actress and a brand influencer.

She’s been in the news for various reasons which include exposing fellow video vixens who exchange sex for feature roles.

Akosua Dulcie was born on the 30th of November 1996 to the family of Mr and Mrs Dulcie.

Though born in Accra, she originally hails from Klikor-Agbozume in Volta Region, Ghana.

She discovered her dancing gift from her childhood. Whenever she attended parties as a child, she always emerged the winner of the dancing competitions organized at such events.

She also participated actively in musicals and schools plays while growing up.

After leaving high school, she signed up for a modelling agency that helped her secure modelling gigs across the country.

She has worked as a video vixen for the past six years. She has been featured in top music videos such as Nyame, Bum Bum, Jaho, Adiza, Geng, Hallelujah, Undertaker, Tumtum Broni, Maria, My Time, Ghal Dem Daddy, La Hustle, and many more.

She has also appeared in different commercials for top brands in Ghana.

As a model, she posts sexy pictures of herself on Instagram which has gotten her attention all over the continent. Many brands have hired her to be the face of their brand.

The sexy model, Akosua Dulcie is very active on social media, especially Instagram where she has over 2647 followers.

Her official handle is @akosua_dulcie.

She clocked 25 years old on the 30th of November. Akosua Dulcie is unmarried but a single mum to an adorable son.

She is currently in a romantic relationship with a handsome dude but she is still keeping her boyfriend identity a secret. She would let the public know who he is at the right time.

The talented model has revealed in an interview that she has been a victim of sexual abuse from music video directors in the past. And that some of them end up not paying her after working on a project. She highlighted that she isn’t the only victim as many video vixens in the Ghana Music Industry have also suffered the same fate.

The talented Ghanaian video vixen, Akosua Dulcie has amounted an estimated net worth of $200,000.