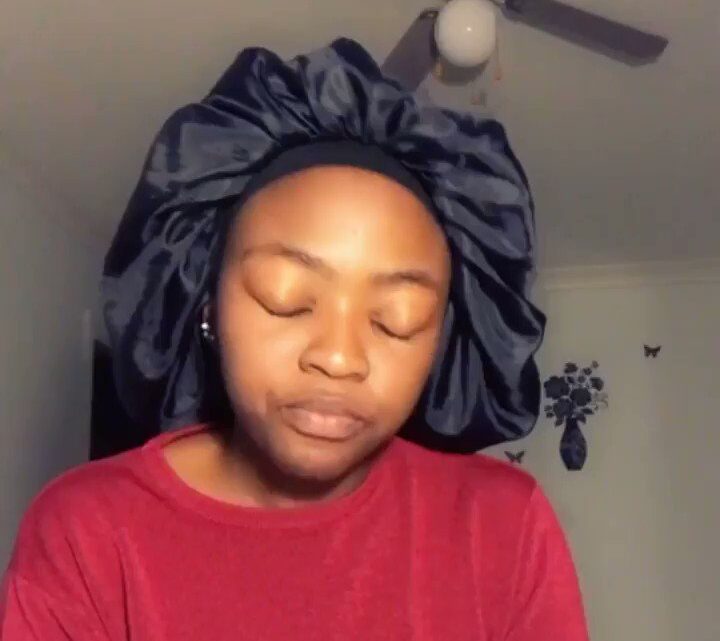 The beautiful influencer is an Igbo lady who is based in Canada where she is studying for a degree.

She calls herself the Chief President Of Cruise Nation.

Caramel Plugg or Caramel Sugar was born at the start of the 21st century to Lagos based parents, Mr and Mrs Ukonu.

She is an Igbo lady who hails from the Southeastern part of Nigeria. She is from Abia State.

She was raised in the commercial city of Lagos before emigrating to Canada, North America to pursue a higher education.

Her parents refer to her by the pet name, Oge.

She has always been a lively and funny kid since she was little and knew how to make her friends laugh.

In 2016, she left Nigeria for Canada to study at the University Of Fraser Valley. Her university is situated in Vancouver, British Columbia.

She is still an undergraduate at the institution.

In June 2018, Caramel Plugg joined YouTube and opened her own channel. She dropped her first video on the 5th of December 2018.

In the video, she introduced herself by using some of the weirdest questions her fans usually ask her. On the channel, she creates content on the subjects of lifestyle and fashion.

In the past two years, her channel has become the go-to place for a lot of youths who want to learn new fashion and lifestyle tips.

Caramel Plugg started making her followers laugh on her Snapchat account with the videos she made. Encouraged by this, she started dropping videos on Instagram so as to reach a wider audience.

It wasn’t long before one of her videos went viral and the number of her fans grew astronomically. In the viral video, she had ranted about what she considered an unnecessary hype of the TV series, Game of Thrones. Many celebrities had reposted the video on their social media pages helping her gain more popularity.

One of the unique things about her brand is that she always wears pyjamas and bonnets in all her videos. She is known for also dropping dance videos on her page where she vibes to her favorite song for the weekend.

Caramel Plugg was one of the celebrities who lent their voices to the End SARS protests and joined other Nigerians in Vancouver, Canada in a peaceful protest.

In December 2020 she travelled down to Nigeria for the holiday and met with a lot of celebrities such as AY Makun, Don Jazzy, 2Baba, IK Ogbonna, Sydney Talker, Lasisi Elenu, Twyse Ereme and many others.

She and Sydney Stalker released a joint New Year Video where they were dancing together.

She is the brand ambassador of Payporte. She signed a deal with the fashion brand on the 23rd of December 2020.

As an influencer, she has promoted the following brands Divine Looks Makeovers, Rachi Hairthentic, Ko Si Wahala Fashion Store, Jurlly She, Ego Shoes, Chic Me, FashionNova, amongst others.

The young lady is also an entrepreneur and serves as the CEO of the clothing brand, Caramel Shop.

She has two Instagram accounts. The main one is @caramel.plugg where she has over 583k followers.

The second one is @caramel.sugarr. She has over 108k followers on the platform.

She is 22 years old, Caramel Plugg is unmarried but currently in a serious relationship. She is private about the identity of her lover and boyfriend.

Her manager is Chinedum, who serves as the creative director of her brand.

Her parents are based in Lagos. She comes visiting from Canada during the holidays. Though she’s just in her early twenties, she has been able to earn a lot of money from her comedy and influencing career.

Couple with memes and putting smile on people’s face, Caramel Plugg has an estimated net worth of $400,000.