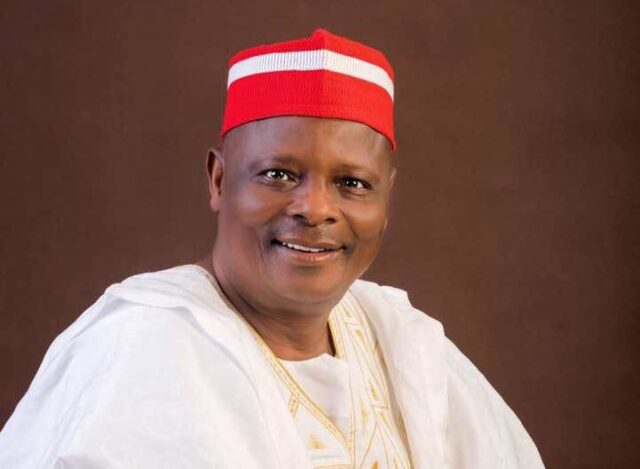 Rabi’u Musa Kwankwaso (born October 21, 19560), addressed as Rabiu Kwankwaso, is a renowned politician from Nigeria. From 1999 to 2003 and from 2011 to 2015, he was the governor of Kano state. After losing his re-election in 2003, he became the first Minister of Defense of the Fourth Republic, even though he had never been in the military before.

He did this from 2003 to 2007 while Olusegun Obasanjo was president. Later, in 2015, Rabiu Kwankwaso was elected to the Senate, representing Kano Central Senatorial District. He did this for one term under the All Progressives Congress (APC) platform.

Rabiu Kwankwaso is the leader of the New Nigeria Peoples Party at the national level. He has a lot of support in Kano and the rest of northwestern Nigeria, where he is seen as a charismatic populist. He was re-elected as state governor in 2011, and in 2014, he joined the All Progressives Congress (APC).

Rabiu Kwankwaso was born on October 21, 1956, in the northern part of Nigeria. He was born and raised in a village called Kwankwaso, located in Madobi, northern Nigeria.

He comes from a Sunni Muslim Fulani family. He comes from an influential family. His father was the village head and was given the title of Sarkin Fulani, Dagacin Kwankwaso.

Rabiu Kwankwaso has always been politically inclined ever since his youthful years. He was an active student leader during his school days and was also appointed as the official head of the Kano State Student Association.

Between 1982 and 1983, Rabiu Kwankwaso was a postgraduate in the United Kingdom at Middlesex Polytechnic. He received his master’s degree in water engineering from the Loughborough University of Technology in 1985.

And in 2022, he got his PhD in water engineering from Sharda University, India.

His wife is named Salamatu Rabiu Musa. He has a son-in-law named Abba Kabir Yusuf, who is married to his daughter A’isha Kwankwaso.

In 1975, Rabiu Kwankwaso joined the Kano State Water Resources and Engineering Construction Agency of the Kano State Government. He worked there in various capacities for seventeen years, rising through the ranks to become the principal water engineer.

He entered politics in 1992 on the Social Democratic Party (SDP) platform. He was a member of the People’s Front faction of the SDP, which was led by General Shehu Musa Yar’Adua and included popular politicians such as his former boss Senator Magaji Abdullahi, Babagana Kingibe, Atiku Abubakar, Bola Tinubu, Tony Anenih, Chuba Okadigbo, Abdullah Aliyu Sumaila, Abubakar Koko, and Lamidi Adedibu.

Rabiu Kwankwaso was elected to the House of Representatives in 1992 to represent the Madobi Federal Constituency. His subsequent election as House Deputy Speaker thrust him into the national spotlight.

Rabiu Kwankwaso was elected as a delegate from Kano to the 1995 Constitutional Conference as a member of the People’s Democratic Movement led by Shehu Musa Yar’Adua. He later joined General Sani Abacha‘s political transition program, the Democratic Party of Nigeria (DPN).

In 1998, Rabiu Kwankwaso joined the People’s Democratic Movement in Kano, which was led by Mallam Musa Gwadabe, Senator Hamisu Musa, and Alhaji Abdullahi Aliyu Sumaila. He ran in the PDP primaries in 1999 alongside Abdullahi Umar Ganduje, Mukthari Zimit, and Alhaji Kabiru Rabiu. The Santsi/P.S.P. supported Abdullahi Umar Ganduje‘s candidacy, but he lost the primaries to Rabiu Kwankwaso.

Rabiu Kwankwaso was elected governor of Kano State for the first time on May 29, 1999, and served until May 29, 2003. His first term as governor of Kano State was remarkable due to several other groups opposing his autocratic governorship and his attempt to support Yoruba President Olusegun Obasanjo. In 2003, he was defeated in re-election by Malam Ibrahim Shekarau.

Rabiu Kwankwaso was re-elected governor of Kano State for a second term from May 29, 2011, to May 29, 2015. During this time, he set out to restructure Kwankwassiya’s political structure, constructing roads, hospitals, and schools, and sending residents abroad to study.

Rabiu Kwankwaso was one of seven serving governors who formed the G-7 faction within the Peoples Democratic Party in August 2013. He, along with five other members of the G-7, defected to the new opposition party, the All Progressives Congress, in November 2013. (APC).

Rabiu Kwankwaso has an estimated net worth ranging from US$30 million to US$50 million. He is the former governor of Kano State and has been a member of the Nigerian senate.

He is a member of the New Nigeria People Party (NNPP) and has been affiliated with several other political parties during his career.