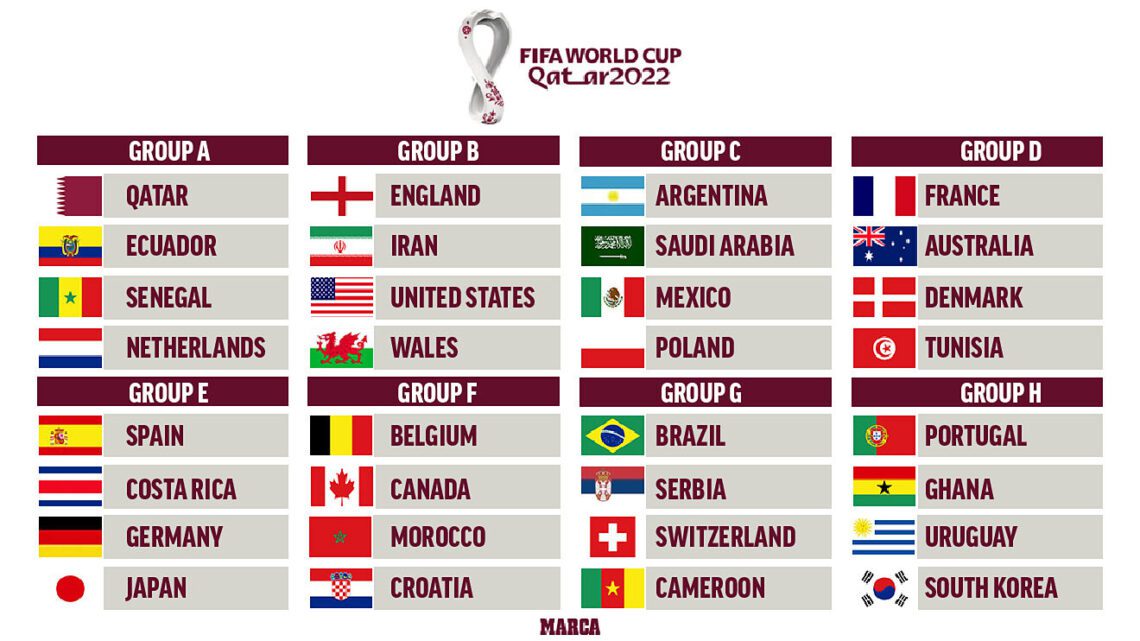 The four-year wait is finally over! Fans around the world are ready to flock to the stadiums in Qatar to witness the biggest sporting event of the year. First off, we have the group stages. We have 32 teams battling out in the group stages.

Who are the favorites of each group?

The Netherlands – Group A is regarded as the group of dark horses, but one definitely stands out among the rest. The Netherlands is back after missing out on the 2018 FIFA World Cup and ready to re-establish itself as the European powerhouse it once was. With outstanding talents like Virgil van Dijk, Frenkie de Jong, and Steven Bergwijn, the Netherlands can lead Group A. We could see Senegal compete with Ecuador for second place.

England – With experienced players like Jordan Henderson and Harry Kane guiding the English youths, we could see them not only top Group B but also standing a good chance of bringing the trophy back to English soil. It’s been 56 years overdue! Be sure to keep an eye on their opponent, Wales, as they are one of the dark horses in this year’s World Cup.

Argentina – It is without a doubt that Argentina has been on fire lately. They’re ready to set a new world record and win the World Cup altogether. They are growing close to Italy’s record of the longest unbeaten games with 35 unbeaten games and counting. Can they have it all this year? With Lionel Messi leading the South American team that has experience and skills, this year might just be it. We could see a North American team, Mexico fighting for the same spot. Let’s stick around to find out.

France – Would France fall victim to the ‘holder’s curse’ and fail to progress to the knockout stages? We are hopeful that France has what it takes to win the World Cup again. It’s time for Kylian Mbappe to shine again alongside his skillful teammates like Karim Benzema and Paul Pogba. Expectations are high for the defending champion, which can be tested by the consistent Danish national team.

Spain – The Spanish team, under Enrique, will be facing a stern test playing against Germany. However, with the new and improved tiki-taka style of play that is more intense, they will be ready to win all the points they can get to top Group E. We are hopeful that the new generation of young Spanish talents can inject a refreshing approach to football for us to enjoy.

Belgium – Facing the 2018 FIFA World Cup runners-up, Croatia could be a roadblock in their group-stage matches. However, Belgium, currently ranked second in the FIFA men’s world ranking, is not afraid as they have a firing attack that consists of Romelu Lukaku, Eden Hazard, and Kevin De Bruyne. Unbeaten in their eight World Cup Qualifier matches with an average of three goals per match, the Red Devils aim to win their first-ever FIFA World Cup.

Brazil – Need we say more? Brazil is definitely not ready to hand away their title of the most successful team in World Cup history. We could see them cruise in Group G as they have experienced players like Neymar Jr, Thiago Silva, and Fabinho at Tite’s disposal. Could they win their seventh World Cup trophy and give Tite the perfect send-off gift?

Portugal – Could this be Cristiano Ronaldo‘s last chance to win the FIFA World Cup? He is among Fernando Santos‘ 26 men who will head to the 2022 FIFA World Cup in Qatar in hopes of producing better performances after just winning one match in the 2018 FIFA World Cup group stages. Uruguay will be a tough opponent to go against in Group H.

Where to bet for the favorites of each group?

[Client] is the only site you need to bet on your group favorites for this year’s World Cup in Qatar. It’s reliable and safe – ensuring you have the best 2022 FIFA betting Malaysia experience. Don’t wait! The chance to bet on your favorite national teams only comes once every four years – so make it count.

What are the advantages that come with NeoBanks?