Celebs Who Have Endorsed Casinos - TheCityCeleb 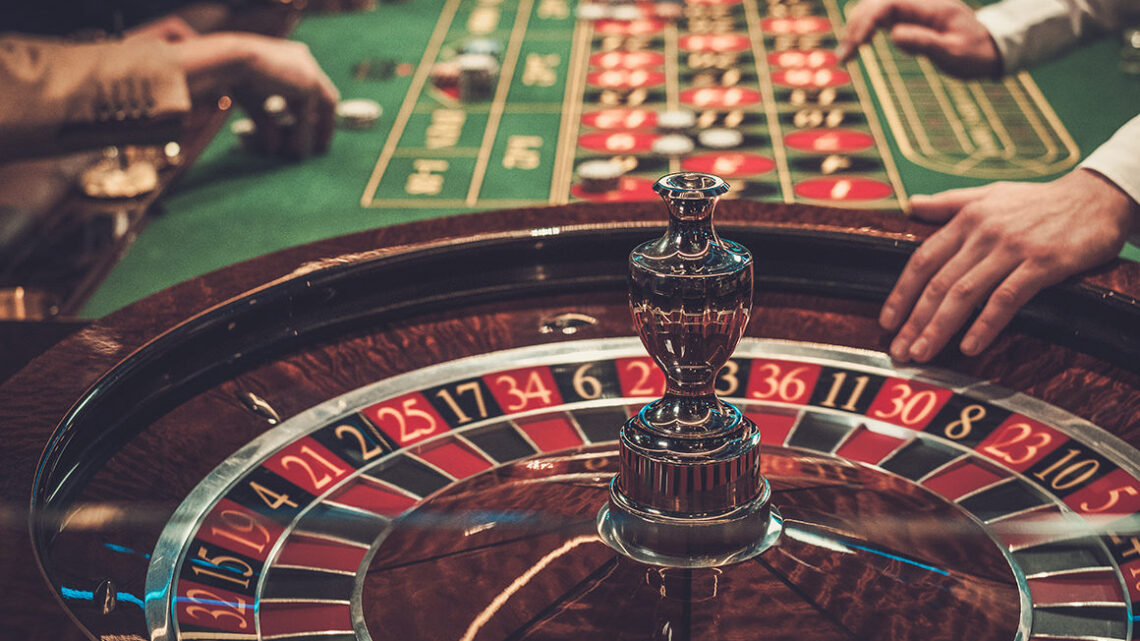 Celebrities, especially those who have achieved the peak of accomplishment, have a large fan base. Some of the most well-known corporations have spent astronomical sums to have celebrities endorse their products.

Many celebrities have previously endorsed online casinos, and these affiliations have helped the casinos attract a large number of new consumers. Of course, some operators don’t have celebrity endorsements.

And they’re still doing fine. An example is Las Atlantis casino online. The Curacao-based site is a fan-favourite in the US, even though it doesn’t work with any known celebrities.

That being said, celebrity casino endorsements are becoming popular. The following are some of the high-profile celebrities who have endorsed or have been associated with leading casino operators.

Bethard Group, a Malta-based iGaming firm, established a deal with Swedish football icon Zlatan Ibrahimović in 2018. According to the firm, Zlatan Ibrahimović’s engagement was seen as a step toward becoming Europe’s leading sports betting brand. The firm also has a rich casino game portfolio that comprises dozens of live tables.

Zlatan Ibrahimović may not be the most popular player globally, but he is by far the most well-known. He boasts of a massive Instagram following of over 46 million followers.

He enabled the Bethard brand to expand tenfold in two years. In March of 2020, he revealed that he had become the firm’s co-owner. The Swedish background of Bethard is one of the reasons Zlatan Ibrahimović chose to affiliate himself with it.

It is usual for athletes like Neymar Jr. and Cristiano Ronaldo to have far more social media followers than Hollywood celebrities. As a result, they can appeal to a larger audience, which is the objective of any online casino.

Neymar Jr. has almost 100 million Instagram, Twitter, and Facebook followers. It’s no surprise, therefore, that one of the most well-known poker sites, Poker Stars, used to compensate him for endorsements. Surprisingly, the Brazilian didn’t have to put in much effort.

He only needed to promote the poker website with a few retweets and Instagram posts. He would occasionally visit poker events and take photos with the participants.

This helped the casino get many new devoted clients, as Neymar Jr. fans were drawn to it after seeing their favourite footballer endorse it. And he was paid good money for a basic job. Their collaboration came to an end in 2017.

Shane Warne is among the most well-known cricketers in the world. The former Australian national team captain is widely regarded as the best cricket bowler of all time. He was named in the ICC Cricket Hall of Fame after his formal retirement in 2013 and currently works as a team mentor and pundit.

Shane Warne is well known for his poker skills, apart from his cricket achievements. He is well-known for organizing charity card events, and in 2005, he secured a deal to promote 888poker at events like the UK Poker Open.

888 Holdings also runs an online casino called 888casino. It was the first legally permitted US internet casino in 2013. Shane Warne‘s deal with 888 Holdings expired in 2015, and the two parted ways amicably.

Daniel Negreanu, a Canadian native, is among the most well-known and accomplished poker players in the world. He has won six WSOP bracelets and more than US$42 million in his career.

Daniel Negreanu is frequently the talk of numerous poker websites due to his status as an excellent poker player. He’s also a proponent of internet gambling, having urged for online poker to be legalized in the United States in April.

Playing casino games is permissible in Canada. Because the Canadian constitution does not mention online gambling, it is not illegal. While Daniel Negreanu primarily promotes online poker, the best online casinos provide a wide range of games. This contains all casino games, including slots, blackjack, and every other game you can think of.

There aren’t many celebrities in the arena of horse racing, and it doesn’t have a considerable following. On the other hand, Frankie Dettori is a name familiar to anybody who has even had a passing interest in the sport of kings. The rider, who was born in Italy, has won almost 500+ group events and has been named Champion Jockey three times.

Frankie Dettori secured an ambassador contract with Ladbrokes, a UK-based bookmaker that also offers slots, in 2016. As a result, he became the image of their marketing efforts. Frankie Dettori Ladbrokes’ responsibilities also included creating blogs on the corporate website and delivering betting advice.

Frankie Dettori changed clubs in 2020 and joined Sporting Index, an online bookmaker and casino. His responsibilities included delivering racing insights and suggestions on social media channels, as well as marketing the brand through advertisements.

Heiress to Hilton Hotels in the 1990s and 2000s, Paris Hilton, is among the most famous female celebrities. She is still well-liked today. She would not have landed an endorsement agreement with prominent American online casino BGO in 2016 if this were not the case.

Upon receiving US$50,000 at a Las Vegas casino two years ago, the reality TV personality and socialite is now an online casino ambassador. Paris Hilton was touring Sin City at the time for a Djeeing event and to mark her 31st birthday.

Paris Hilton‘s current arrangement, on the other hand, is aimed towards attracting female gamers to online casinos. But, based on her debut commercial, which features pink bikini pictures, Paris Hilton isn’t just targeting women.

You can’t call yourself a sports fan if you don’t know Mike Tyson. He is among the most well-known boxers in history. He also revealed that he would return for a charity fight with Roy Jones Jr.

Meanwhile, he’s been in a few films, including The Hangover, and has worked with online casinos such as 7 Red. He also has a virtual sports game and a slot machine based on his famed boxing abilities.

Celebrity endorsements may benefit online casinos since they have a great deal of power with large audiences. Our brains are geared to instantly recognize familiar faces such as those of celebrities. Such marketing techniques assist online casinos in reaching new heights.