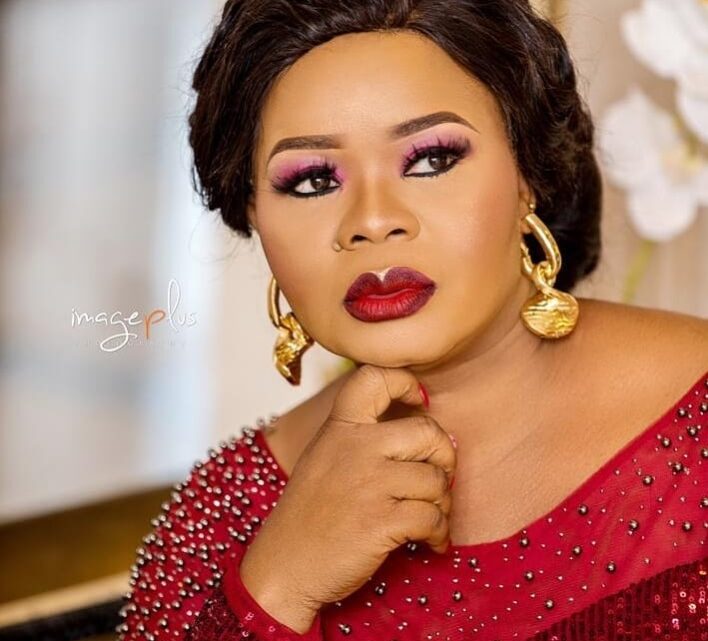 Bimbo Oshin (conceived 24 July 1971) whose real name is Abimbola Oshin is a 50 years old prominent movie actress in Nigeria with several nominations to her name. Her story is simply inspiring and commendable.

Bimbo Oshin was born in Ondo City, Ondo State on the 24th of July 1971. She grew up in a very large family and was the seventh child of Pa Olasanmi Theophilus Oshin.

Bimbo was groomed by her parents and was very elegant in her youthful days.

Bimbo Oshin started her education at St. Ann’s Primary School, Oke Agunla in Ondo State before moving to Ile-Ife to enroll at the Staff School where she finished with good grades. She was very sound academically and relocated to the busy city of Lagos.

Bimbo rounded up her schooling at the University of Lagos, Akoka, and obtained a Bachelor of Arts (BA) degree in Philosophy.

Bimbo Oshin‘s acting career has been very illustrious. While in school, Bimbo enrolled in Ara Osan Theatre Group owned by Razak Ajao, and was also groomed by Yinka Quadri and Taiwo Hassan.

Bimbo Oshin launched her clothing outfit called Dashing by Bimbo Oshin a few years back and was involved in the 2020 movie, Kakanfo.

Bimbo Oshin got married to Ola Ibironke (Dudu Heritage) in 2003 and is blessed with two children.