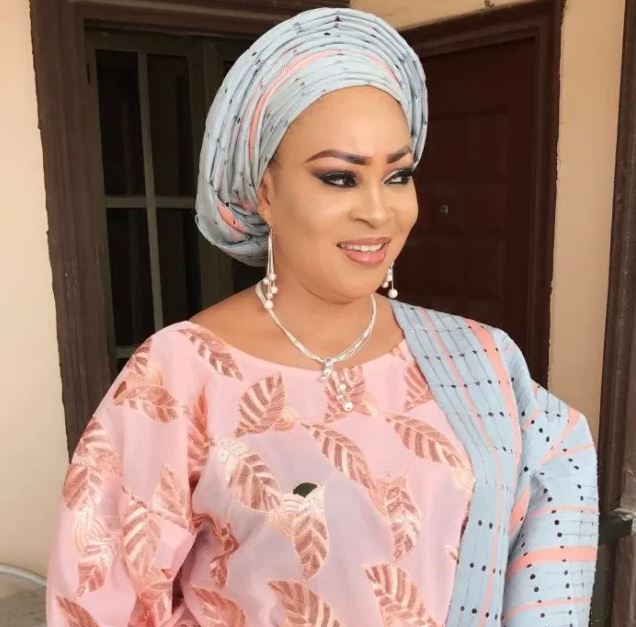 Aside from being an actor and businesswoman, the Yoruba-born is also a film producer and politician.

She’s famous for featuring in Nigerian popular television series, Super Story and in contemporary Yoruba movies, famous of which is Iyore.

She was born to a Christian father and a Muslim mother.

She originates from the Yoruba tribe of Southwest Nigeria.

She spent most of her childhood in Abeokuta, Ogun state, with her parents.

However, the Yoruba-born keeps Information about her family life private and out of reach of the public.

Bukky Wright schooled in Abeokuta, the Ogun state capital, in the 1970s in a local school where she obtained the mandatory West African Examination Council (WAEC) certificate and the Senior School leaving Certificate (SSCE).

After meeting all the requirements for a university course, she gunned for the prestigious University of Lagos in Lagos State, South-south Nigeria.

As a result, she was able to acquire a bachelor’s degree in her desired course Economics.

Bukky Wright officially kick-started her acting career when she was 29 years old,1996 to be precise. She started in a television series, Super Story produced by the renowned Wale Adenuga.

Her talent caught the eyes of producers and directors of Yoruba based films, thereby becoming one of the most sought-after actresses in western Nigeria. Bukky Wright, being able to speak the Yoruba language fluently, didn’t disappoint.

She also made appearances in English-based Nollywood films such as Red Hot, When Love Happens, Omatara Johnso, Abeni, OutKast, Unforgivable, 2014, Ghetto Hood, and so on.

Business-wise, Bukky Wright has also achieved that aspect tremendously. She is the founder of a Spa known as B Collection. She also runs a boutique that deals with female wear in Lagos State. She also owns a record label company known as Wright Media International.

Bukky Wright is also into politics. She vied for a leadership position when she contested in the 2014 general election for a seat in the Ogun state house of assembly under the Social Democratic Party (SDP) platform.

Bukky Wright acts in both Yoruba films and Nollywood films. She is very talented and loved by many.

Selected filmography of her include;

Bukky Wright stands as one of the most hardworking women in Nigeria. Her hard work has turned her into a role model for youths. It has also earned her recognition. Notably of which includes:

Despite her age, Bukky Wright knows how to follow the latest trend and updates on social media. She also knows how to slay with beautiful pictures posted on her Instagram and Facebook pages.
You can find her on;

She didn’t include her husband’s name on her handles due to personal branding and promotional reasons.

Bukky Wright‘s height is measured at 1.75 meters and weighs 64 kg. Her hair is mostly dark, and her eyes brown.

Bukky Wright is a married woman. She is married to Adewale Onitiri, whom she described as “a perfect gentleman”.
The union brought forth two sons named Wilson Amu-Wright, and Ojayy Wright.

She was also a grandmother when one of her sons announced the birth of his child from his American wife a few years ago.

Bukky Wright is a versatile archiver. She is an entrepreneur, actress, and film Producer by profession.

All these are responsible for her estimated $1 million net worth. She lives in a big house together with her family in Lagos and owns several cars.