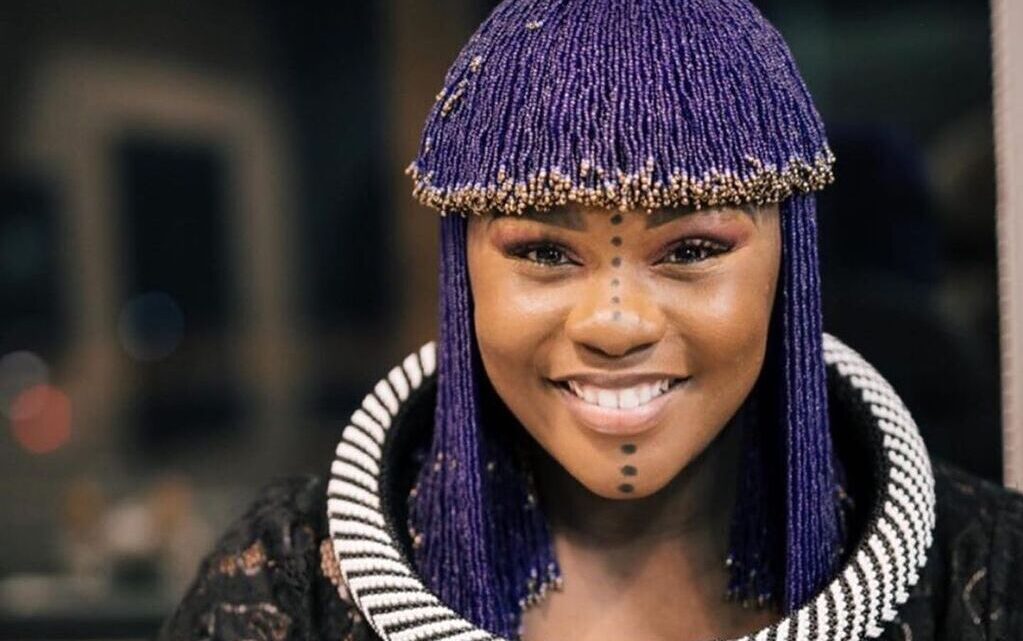 Amanda Benedicta Antony (born July 24, 1993) is a music grandmaster as she mixes Afro-pop, Hip-hop, Soul, and R&B sound to create music that millions of people love and can relate to.

She is a South African singer and songwriter who is known professionally as Amanda Black.

International fame found its way to her laps after she dropped her debut single, Amazulu.

The single was an instant hit all over Africa, extending to the shores of Europe, North America, and South America.

It dawned on Amanda Black that music was her thing when she was in her teenage years. She discovered her exceptional singing talent during her time in her church’s choir and school band. She credits these two groups for laying the foundation for her success in the music industry.

Born on the 24th of July 1993 in Eastern Cape, Amanda Black is a South African. She hails from the Xhosa ethnic group and was raised in Butterworth, Eastern Cape. Her parents are Mr. and Mrs. Antony who gave her the middle name, Benedicta.

As she advanced in age, she decided to go outside her comfort zone and started signing up for Talent hunt competitions. This experience helped improve her stage performance delivery and prowess as a songwriter.

In her bid to make a name for herself in the industry, she moved from Eastern Cape to the more populated and entertainment savvy city – Johannesburg. She participated in three editions of Idols South Africa, exposing herself to a larger music audience.

She bagged a degree in Music Education from Nelson Mandela Metropolitan University.

Due to her success at the Idols South Africa, Ambitiouz Entertainment contacted her and showed interest in signing her to their music label. She accepted the deal and started working on her debut album. She showed the world that she had a fountain of creativity in her with the debut single, Amazulu.

The single went viral within hours of its release and became the top-charting song in South Africa. It received airplay on several radio stations and TV channels on the continent. The music video of the song has amassed over 4 million views on YouTube. She recorded a bigger success when she released her debut album, Amazulu. The album was certified platinum by RISA within weeks of its release. It sold out 31,000 copies within its first month.

In 2019, she recorded another milestone when she bagged a deal with Sony Music Entertainment. She has dropped other dope singles like Thandwa Ndim, Khale, and Khumbula.

Amanda Black released her sophomore album, Power in 2019. The project which has been described by music critics as ‘breathtaking’ gave her greater recognition in the international music space and helped her knock off bigger awards.

Amanda Black earned five nominations at the Metro FM Music Awards. She was nominated for the Viewers Choice Award at the 2017 BET Awards.

So far, she has clinched four awards at the annual South Africa Music Awards.

Amanda Black has maintained a very active presence on social media since her rise to stardom. She currently has over 353k followers on Instagram and over 373k followers on Twitter.

The 29-year-old Amanda Black is semi-introverted and still maintains her teenage love for music icons such as Beyoncé, Brenda Fassie, Brandy Norwood, and Whitney Houston.

She speaks English and Xhosa fluently and sings in both languages. As an artist, she has collaborated with top South African music acts like Ami Faku, Somizi, Sjava, and Anthony Hamilton.

Based in Johannesburg, she is one of the highest-earning singers in the industry and has amassed a sizable fortune from performing at shows, and signing endorsement deals.

Her fashion sense is just like her looks; it’s spectacular. She is currently in a serious relationship with a loving and responsible young man whose identity still remains a secret. Despite being in the public space, she is a very private person and does her best to avoid controversies.

As a very comfortable and successful South African artist, Amanda Black has an estimated net worth of $500,000-$900,000.