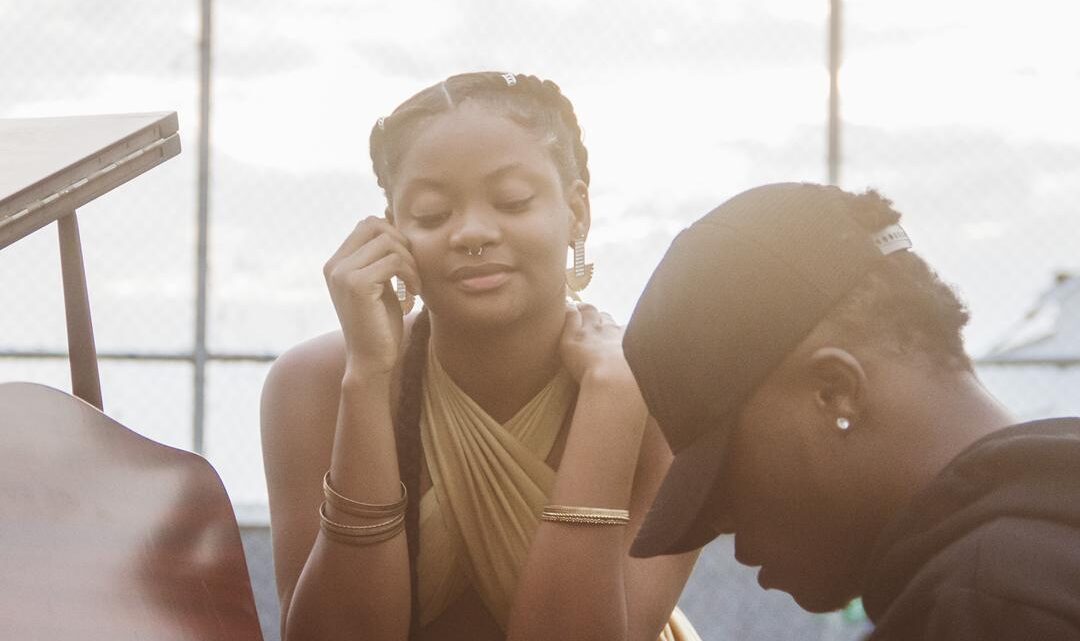 Ifeanyi Chineme Lennon Akandu (born May 23, 1998) is a fast-rising Afro-Pop and Afro-fusion Nigerian artiste. He is known professionally by the moniker, Dai Verse.

The Lagos-born artiste entered the industry by releasing his debut single, Control, in June 2019 and his second single, Love Later, in the fourth quarter of 2019.

The release of both singles positioned Dai Verse as an artist to watch out for, but he got his big break when he released Cocaine (Your Body).

The song, which was released in January 2021, has amassed thousands of streams across streaming platforms, earning him collaborations with other artists and growing his fanbase on a daily basis.

Dai Verse was born to the Akandu family on the 23rd Of May 1998. His parents christened him Ifeanyi Chineme Lennon. He was born and bred in the city of Lagos, residing in Surulere metropolis.

His father, Mr Boniface Akandu, worked as an entrepreneur while his mother, Mrs Akandu, owns a chain of grocery stores. He is the second child and first son of the family.

Coming from a Christian background with Igbo roots, Dai Verse attended Church regularly in his early years and was taught good moral values by his parents. An indigene of Imo State, he and his family, visited his home town during the holidays.

As a young boy living in Lagos, Dai Verse was influenced by musical sounds created by leading Nigerian artists such as D’Banj, P-Square, 2Baba, Davido, Wizkid, and American pop stars such as Michael Jackson, Chris Brown, Beyoncé, Neyo. This ignited in him a desire to make music, and he started composing his own songs, and in some cases, he did the covers of popular songs he liked.

While in high school, he thrilled his schoolmates with his melodious voice when he performed at school events.

The Akandus ensured that their son, Dai Verse received a quality education by enrolling him in top private schools in Lagos.

After four years of study, he obtained his First Degree from a leading University in Southern Nigeria.

Dai Verse‘s career began officially in 2019 when he recorded and released his debut single, Control, in June 2019. The song helped introduce the young artist into the Nigerian music industry because, for the first time, more people -besides his family members and friends- got to experience his excellent songwriting skills.

Then, to consolidate his presence in the industry, he released another single in 2019 titled Love Later. These songs helped Dai Verse win new fans to his music, and he continued to grow the numbers of his fans by releasing covers of popular songs on Instagram.

Dai Verse finally got his big break in January 2021 when he dropped the hit single, Cocaine (Your Body). The song threw Dai Verse into the greater limelight in the industry, as it kept amassing streams daily, rising to over 500,000 by October 2021.

The popularity of the Soundz-produced single rose higher in the fourth quarter of 2021 and became viral on social media, and was used by different content creators in their videos. The music video of Cocaine (Your Body) was released on the 10th Of November 2021, and it was directed by Ahmed Mosh.

The success of Cocaine made his next single, Sweet Daddy, to be well received in the music market, and it became one of the choice songs used for TikTok videos by Nigerians. The song was produced by Semi Beatz and Mixed & Mastered by Alpha Ojini. It was released in May 2021.

Social media has contributed to Dai Verse‘s growth as an artist as more people have been able to discover how talented he is from watching his freestyle songs (covers of popular songs) on Instagram and Twitter.

He is a popular figure on Instagram, where he boasts over 43.2k followers.

Dai Verse turned 24 years old on the 23rd Of May this year. He resides in a highbrow estate in Lekki, Lagos. Although not signed not any major record label, he has done well for himself as an indie artist.

Although Dai Verse has given no indication to his fans to be in a serious relationship, it has been discovered that the young artist currently has a love interest, and they are keeping their relationship a secret to avoid the prying gaze of the public.

When not recording in the studio, performing at shows, or hanging out with his close friends, Dai Verse spends his free time with his family. Unfortunately, however, his dad, Mr Boniface Akandu, has passed on.

Because he is a fast-rising singer in the industry, Dai Verse has been able to set up a steady income stream for himself by performing at shows and receiving royalties from his works.