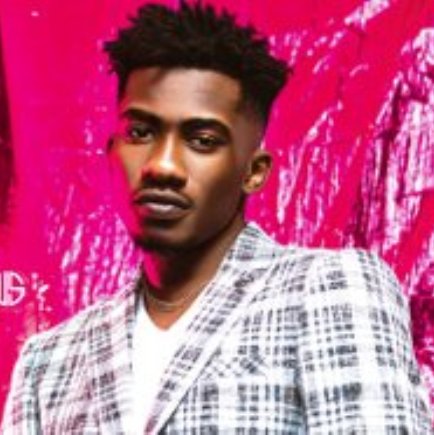 Victor Akpomon (born 16 March) is a fast-rising Afrobeats singer, songwriter, and rapper based in Nigeria.

He is known in the industry as Dr Barz. The music maestro came to the limelight in 2018 after he dropped the single, This is Pitakwa.

Dr Barz is much appreciated in the Nigerian eastern region due to his impeccable flows.

Dr Barz was born to the humble family of Mr. and Mrs. Akpomon in the early 90s.

He was born in Benin, the capital city of Edo State. He and his siblings were raised in Port Harcourt city in Rivers State.

His passion for music can be traced back to his teenage days. He started composing music lyrics at the young age of 13 and was an active member of his church’s choir.

Dr Barz entered the music industry as a professional artist in 2017. He collaborated with producer, Beatboxx Xclusiv to record his debut single.

The single titled PH City made waves in local radio and TV stations for several months and won Dr Barz many fans.

In 2018, he dropped his second single This is Pitakwa, which launched him into the limelight in the industry. The single had been inspired by one of Falz‘s songs.

Also in 2018, Dr Barz began collaborating with leading producer, KVC. Together, they released a lot of hit singles such as Gbege.

Due to the success of some of his singles, he was invited to perform at a TEDx event in Port Harcourt city.

His highly anticipated debut EP was released in 2019. The six-track project was titled Something Else. The EP amassed a lot of positive reviews and thousands of people streamed the songs on major music platforms.

To add to his success in 2019, Dr Barz was featured by leading rapper, Erigga on one of his hit singles. In May 2020, he was featured on Yung6ix single You Don See Am.

Dr Barz has done a lot of freestyle videos that have gone viral online. He has organized his solo concert tagged Behind Barz in 2019 and 2020.

On the 5th of February 2021, he performed at the Man Must Wack show, held in Abuja.

He is the brand ambassador of the cryptocurrency trading firm, Dantown Company.

As a celebrity, Dr Barz is very active on Instagram. He has over 28.6k followers on his page.

Dr Barz is in his late twenties. He is a thoroughly bred Port Harcourt boy.

He is also a social activist. During the End SARS protests that rocks Nigeria in 2020, he took an active role in the campaign. He also record a single that spoke against police brutality.

He is a close friend of rapper and producer, Alpha Ojini.

He resides in Lagos where he owns an apartment and drives a nice car.