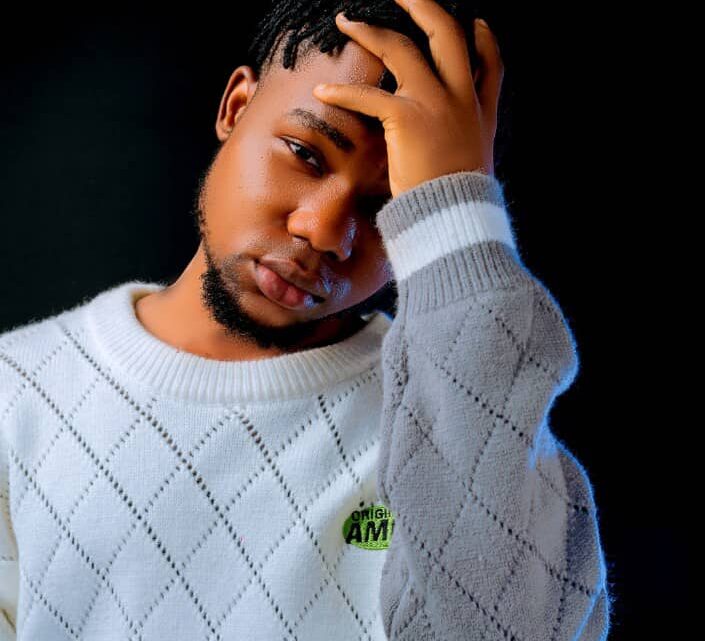 Peter Okeke (born October 25, 1998) is a Nigerian singer, songwriter, and entrepreneur who is better known as Rhymer_Lee.

He is an up-and-coming Afrobeats artist who has made his name known in the Nigerian music industry.

Rhymer_Lee came to the limelight in 2022 after releasing his commercially successful song, Paper.

Rhymer_Lee was born to the family of Mr. Paul Okeke and Mrs. Anasthesia Okeke on the 25th of October 1998. At his birth, his parents named him Peter Okeke.

He is from a Christian household, which is why he was named after a biblical character. He is the only son of the Okeke family and has two siblings named Joy Okeke and Chidera Okeke.

Rhymer_Lee is a Nigerian by birth. He is an Igbo man and hails from Anambra State in the country’s Southeast region. He was born and bred in Anambra. He speaks English and Ibo languages fluently.

Rhymer_Lee was educated at leading private-owned schools in Anambra State for his elementary and secondary education.

After graduating from high school in 2014 with good grades in his O’Levels, he gained admission into a reputable higher institution in southeastern Nigeria.

Rhymer_Lee‘s music journey can be traced back to the discovery of his singing gift when he was still a young boy. He developed a love for Afrobeats and Hip Hop songs during his childhood and teenage years. He aspired to pursue his passion for music, but his father restricted him. This was because he is the only son of the family. Rhymer_Lee‘s father believed that becoming a musician wasn’t a suitable career path for him.

However, Rhymer_Lee didn’t let this deter him from honing his talent. He spent his leisure house developing his songwriting and singing prowess. To become a better stage performer and show the world what he had to offer, he often attended street carnivals and music shows and performed at the events. He also became a popular student in high school because he thrilled his schoolmates with his music at school events.

In 2020, during the Covid 19 pandemic, Rhymer_Lee released his official debut single titled Corona. The single spoke about the current health situation in the world. Even though he used a free beat to make the song and uploaded it on only Audiomack, the song achieved commendable success. It was a hit song in the underground music community in the Southeast and received positive reviews.

Encouraged by the success of Corona, Rhymer_Lee decided to give his music career more attention and spent more time composing original songs and covers of popular songs.

On the 5th of September 2021, he uploaded a cover of Essence by Wizkid and Tems on his Instagram page. The cover song went viral on the social media app as different influencers, and music-loving Nigerians reposted it. Many people liked the cover song and commended Rhymer_Lee for creating it. The song also helped grow his fanbase.

To further boost his fame as a rising Afrobeats singer, Rhymer_Lee kept on making the covers of songs he loved. He uploaded a cover video of Alcohol by Dax on Instagram on the 27th of May 2022. Mankind Film directed the video. Once more, he recorded and released a cover of Last Last by Burna Boy on the 1st of July 2022. The music video of the song was shot and directed by Bondy Shotz.

On the 2nd of June 2022, Rhymer_Lee released his highly anticipated single, Paper. Since its release, the single has been a commercial success, increasing the artist’s popularity in the Nigerian music community. Paper has amassed thousands of streams on major music streaming platforms since it was made public.

To consolidate on his growing fame, Rhymer_Lee is set to drop another single titled Man on the 27th of August 2022. He is also credited for creating beautiful songs such as Who be that, Only Goal, Brutality, and What You Need.

Rhymer_Lee‘s success as a musician has made him a famous personality on social media.

The talented musician is a handsome young man with lots of female admirers. Rhymer_Lee is five feet tall and is light-skinned in complexion. He keeps a dreadlocks hairdo.

He resides in a well-furnished apartment in a choice neighbourhood in Anambra State. He often travels across the country to perform at music shows, concerts, and events.

He looks up to some giants in the music industry. Notable names are Wizkid, Burna Boy, MI Abaga, and 2Baba. His role models in the international music scene are Eminem, NF, and Michael Jackson.

Besides music, Rhymer_Lee is also a successful entrepreneur. He runs a thriving SME with operations in the southeast region.

Rhymer_Lee‘s partner is Miracle Okeke. She is a gorgeous young woman who also hails from Anambra State.

Rhymer_Lee lives a comfortable life from the income generated by his music career and small business.