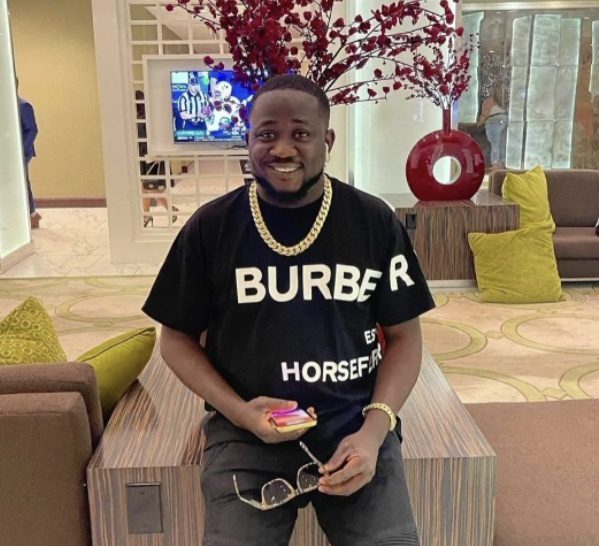 Kogbagidi (born June 21), whose real name is Olasunkanmi Quadri Taoreed, is a well-known concert promoter and talent manager who was born in Lagos State. The Nigerian has become well-known for his noteworthy contributions to the entertainment sector.

Other well-known musicians like D’Banj, Davido, Olamide, Dammy Krane, and Zlatan Ibile are among the ones he has collaborated and worked with. He is a well-known businessman who runs several upscale bars and lounges in Nigeria’s Lagos state.

Kogbagidi gained popularity on social networking sites and notoriety for ejecting Portable from his hotel room. This was in response to Portable‘s allegations that well-known dancer Poco Lee stole his money.

According to rumors, Kogbagidi was responsible for paying Portable‘s bills. The young artist is also taken to locations where he meets other celebrated artists.

Kogbagidi, who is in his mid-thirties, was born Olasunkanmi Quadri Taoreed in Lagos, Nigeria. He is a member of the Kinyun Royal Family, a royal lineage. He was born on the 21st of June.

He was raised in Lagos State, Nigeria, in the residential and commercial Local Government Area of Surulere. His mother is from Epetedo in Lagos Island, and he has three older brothers and sisters. The father of Kogbagidi is from Ijede/Agbowa/Okepopo.

He began his academic career at the K. Kotun Memorial School in Bode-Thomas, Surulere. Later, he attended Federal Government College for his secondary studies. Additionally, he went to Star-Light College in Orile Igammu.

Kogbagidi attended Lagos State University LASU, Ojo, to study International Relations Personnel Management (IRPM). In the state of Ebonyi, where he was posted, he performed his one-year national service under the NYSC program.

Kogbagidi has worked in the entertainment business for more than ten years. He began his career at the box office for A Night of a Thousand Laughs. Bright Okpocha, also known as Basketmouth at Fantasy Land, was the show’s organizer. While attending Lagos State University, he began to expand his knowledge and abilities. Kogbagidi formed the organization known as Team KGB, which is an acronym for Team Kogbagidi.

It eventually changed its name to Kogbagidi Entertainment, and the business was incorporated in 2011. Even though he is a well-known show promoter, he still has other interests.

The Yoruba word Kogbagidi for his name means Life is not hard. He is already married. Although he hasn’t shared his wife’s name, he also posted a photo of her on Instagram.

His daughter’s name is Raliat Quadri, and he is a parent. Kogbagidi posts images and videos of himself and his adorable daughter. He sent her a sweet birthday message.

The multinational producer Kogbagidi is active on social media, and he attracts a large following on Instagram. On Instagram, he has more than 1.2 million fans.

He shares special experiences and memorable occasions with his friends and family. Kogbagidi has posted videos and images of himself with well-known musicians like Zlatan, Olamide, and Portable.

He became well-known and wealthy after working in the entertainment business for more than ten years. Kogbagidi reportedly has a $5 million net worth.