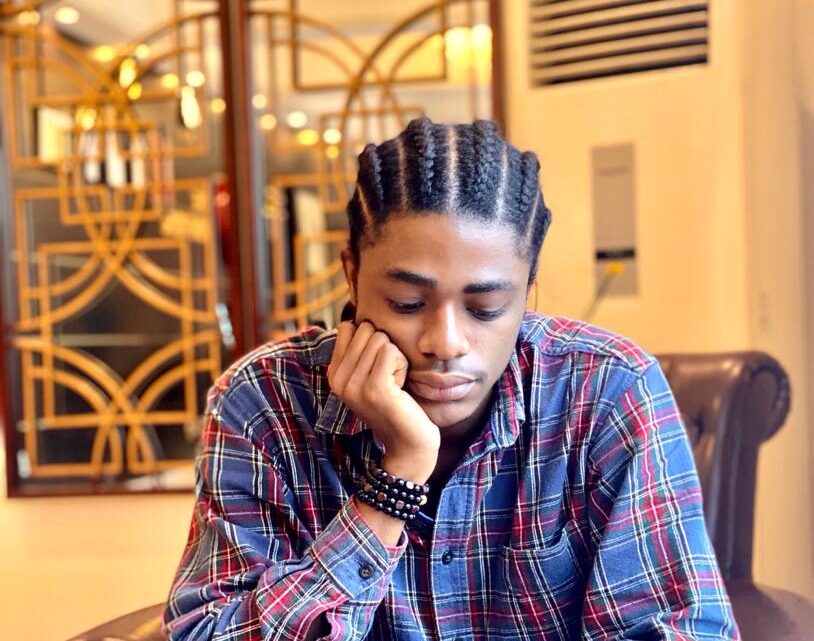 Gideon Achile Attah (born October 27, 1995) is a fast-growing Afrobeats artist in the Nigerian music industry. A gifted singer and songwriter, he is known professionally as Son Of Attah.

The budding music star made his debut in 2013 with the release of the song, “Be Painstaking.” The song introduced him into the industry and paved the way for the success of his first project, an EP titled “Don Jazzy Said He Can’t Sign Me,” which was released on the 10th Of September 2020.

The EP has been quite successful, helping Son Of Attah win more fans, who are intrigued by his songwriting ability and distinct sound.

Affiliated with SOA Records and currently managed by Green Panther Management, one of Son Of Attah‘s songs, Fenty and Burberry, has found its way to the playlist of American rapper, The Game.

Son Of Attah was born to the Igala family of Mr and Mrs Attah in the city of Jos, in Plateau state. He was birthed on the 27th Of October 1995 and was named Gideon Achile Attah by his parents.

He was raised in Jos, alongside his four siblings. He hails from Kogi State. He is the fourth child of the family. He comes from a Christian background and began to learn biblical teachings from a young age.

Son Of Attah‘s journey to becoming a rising music star started when he was barely ten years old. He began singing when he joined the choir in the local church he attended with his family members. While in the choir, he also signed up with the drama unit, ministering the gospel through dramatic presentations.

However, it was in the choir that he found more fulfilment as he was passionate about making music. This was why Son Of Attah actively participated in concerts and shows organized by his church during his teenage years.

He bagged a Bachelor’s degree in Psychology after four years of study from the National Open University Of Nigeria (NOUN).

Although he liked gospel songs, Son Of Attah decided early on that he wanted to make mainstream music. However, listening to artists’ songs such as Fela Kuti, D’Banj, Sound Sultan, 2Baba developed a passion for Afrobeats in his heart. Thus, to further sharpen his singing and songwriting skills, he joined Ball Everyday Cliq‘s music group (BEC). While with the group, he wrote dozens of songs and performed at local music shows, carnivals and festivals, showcasing his talent to a larger audience.

However, it was in 2013 that Son Of Attah made his debut as a professional artist when he recorded and released the single, Be Painstaking. He collaborated with two other artists on the song, Doug G and James Abraham, who received production and songwriting credits, respectively.

Be Painstaking introduced Son Of Attah into the music industry, putting him on the radar of music executives who paid attention to his artistry and waited to see if he would succeed in the industry or not. However, after releasing his debut single, Son Of Attah decided to pause on releasing more songs and instead switched his focus to developing his songwriting skills and fine-tuning his sound. Nevertheless, he still visited the studio regularly to record music, but he wasn’t pushing them out.

After a seven-year hiatus, he made his big return to the industry when he dropped his debut EP, “Don Jazzy Said He Can’t Sign Me.” The project, which was released on the 10th Of September 2020, was an instant hit, bringing Son Of Attah a greater wave of success as hundreds of fans streamed and downloaded his songs.

About this time, Son Of Attah had become acquainted with American rapper, The Game, who he had connected with via Instagram. The Game had taken a liking to Son Of Attah‘s artistry after watching some of the latter’s freestyle videos on Instagram. This was why The Game hosted the release show of “Don Jazzy Said He Can’t Sign Me” on his Instagram page. Also, it’s no wonder that Son Of Attah‘s single, Fenty and Burberry, found its way to The Game‘s playlist.

Son Of Attah has a strong social media presence and boasts over 30.3k followers on Instagram.

The 27-year-old music star, Son Of Attah describes himself as a nature-loving and intellectual personality.
As a result, he always gets inspiration to create music from nature. Though he is an indigene of Igala land in Kogi State, he resides in Lagos, where he is actively pushing his music career.

He lost his father to the cold of hands of death when he was nineteen. Prior to his death, Mr Attah had been a staff of the Central Bank Of Nigeria. His father is a great-great-grandson of the Attah Of Igala Land. The talented singer is not yet married not is in any relationship at the moment.

In 2019, he went to culinary school to study mixology. A certified mixologist, he provides his services to clients in Lagos City when he isn’t making music.

Son Of Attah is currently being managed by Green Panthers Management, and he is affiliated with SOA Records. Like every young artist, he is inspired by others who have gone ahead of him in the industry. He lists big names such as The Weeknd, J. Cole, Kanye West, Drake, The Game, Fela Kuti and Oumou Sangare as his role models.

As one of Nigeria’s promising music acts, Son Of Attah makes money from performing at shows and receives royalties from his songs.