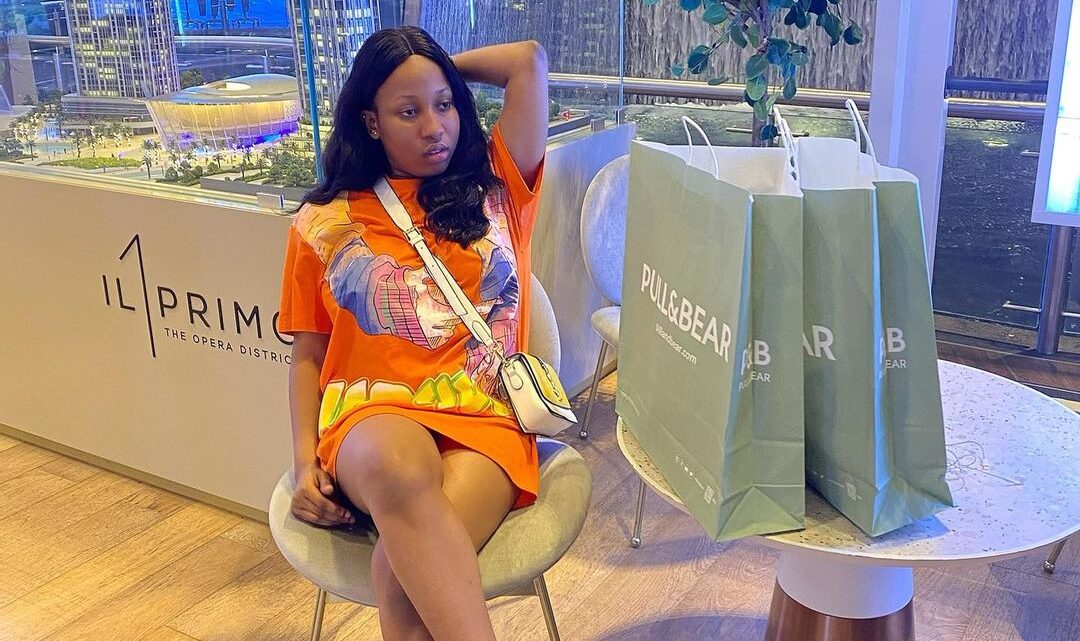 Kabirat Omotolani is a fast-rising female Afro-pop singer and songwriter.

She goes by the stage name, Tholar. A gorgeous Nigerian, she teamed up with music star Barry Jhay to release a jam titled Lifestyle.

The single earned her immense recognition in the music industry and the number of her fans skyrocketed.

In January, she dropped another banger for her fans titled Party.

Tholar was born to Yoruba parents in the late nineties. She was bred in the city of Lagos, the commercial capital of Nigeria. She hails from one of the southwest states.

Since she was a little kid, she had shown interest in music. She joined the choir before she clocked ten and would spend her leisure period listening to trending songs.

This was why her parents weren’t surprised when she decided to pursue a professional music career. Music has always been her first love.

She has discovered her songwriting gift as a high school student and wrote many songs inside her notebooks. Growing up, she was exposed to sounds like Hip-hop, R&B, Soul, Highlife, and Pop. Artists like D’banj, P-Square, Olu Maintain, Tiwa Savage, and 2Baba are examples of musicians who influenced her in the musical space.

She bagged a degree from the prestigious University Of Lagos.

As an undergraduate, Tholar explored her artistic side a lot by signing up for music talent shows. She also performed at events within the school campus. To improve herself as an artist, she linked up with other budding singers in the university. They would record songs together and also grace shows in different parts of Lagos.

In her bid to make good music, she began frequenting a studio close to her hostel to record songs. This paid off in the end and she was able to come up with the hit single, Lifestyle. The song is her debut as a professional singer. Her collaboration with Barry Jhay on the single, helped the song to gain wider acceptance among the populace. It also won her many fans as people saw that she is a very talented artist.

Tholar also runs a musical band. She has performed as a solo artist or with the band in shows such as Love Fest held at Rowe Park, Yaba; Scarfire The Pool Party; Listening Party held at the Crab Market Lounge; Yacht Party with Mohbad and Friends, held in Dubai; Exclusive Pool Party, held at Elite Byblos Hotel; and Flex Zone party.

To kickstart the year 2021 on a good foot, she dropped the hit single, Party, which is making waves on local radio and TV stations at the moment. The song has over a hundred thousand streams on major music platforms. The song was produced by Diib Tunes. Due to the popularity of the song, it intimated many dance video challenges on Instagram and TikTok.

As an artist, she has worked with the likes of DJ Dimple Nipple, Kinetics Music Band, DJ Yorgzy, and Diib Tunes.

Tholar has over 16.2k followers. Her official Instagram page is @tholarofficial

Tholar is a Christian who has a deep love for God. She resides in the heart of Lagos City. Her manager is Mr Adedolapo Bude. He is a Unilag undergraduate.

She is passionate about helping people out. This is why she promotes the businesses of certain brands on her page. Notable examples are Yenni Closet, Payporte, Heetunu Skincare Products, and Urban D.luxe.

She is currently single and focused on pushing her career.