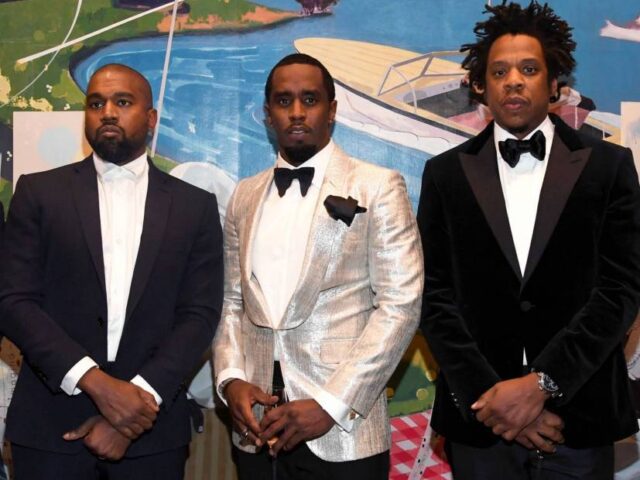 Top 10 Richest Rappers In The World

Hip Hop is one of the biggest genres in music and home to other successful subgenres such as rap. The rap industry has helped many showcase their talent on a global stage and become superstars in the process.

There are rappers, and there are wealthy rappers. Today, we will be looking at the Top 10 Richest Rappers in the World.

Dwayne Michael Carter Jr. is one of the world’s finest music artists and is known professionally as Lil Wayne. He is a rapper, singer, songwriter, and music executive.

He began his music career after signing to Cash Money Records at the age of twelve. He is the founder and CEO of Young Money Entertainment.

He is one of the bestselling artists in the industry and has sold over 120 million records worldwide. He has won numerous awards, including five Grammy Awards and eleven BET awards. Lil Wayne‘s net worth is estimated to be worth $158 million (USD).

O’Shea Jackson Sr. is an American multidisciplinary creative who is known in the entertainment business by the moniker Ice Cube. He is a rapper, songwriter, actor, and filmmaker. A member of the Black-American community, Ice Cube is one of the pioneers of gangsta rap in the music industry.

He is the brain behind the critically acclaimed albums AmeriKKKa’s Most Wanted (1990), Death Certificate (1991), and The Predator (1992).

He joined Hollywood in the early ’90s and has starred in over forty films. He made his directorial debut with the 1998 movie, The Player’s Club. As of now, the rapper Ice Cube has an estimated net worth of $160 million (USD).

Aubrey Drake Graham is a Canadian-American rapper, singer, songwriter, music executive, and actor. The music act is known professionally by the stage name Drake. He is one of the most successful artists in Hip Hop’s history.

He has sold over 170 million records worldwide and is the highest-certified digital singles artist in the United States. He has several laurels under his belts, such as four Grammy Awards, six American Music Awards, and two Brit Awards. He is the co-founder of the record label Ovo Records, which he established in 2012. The talented rapper Drake‘s net worth is estimated to be worth $180 million (USD).

Pharrell Lanscilo Williams is a leading American rapper, singer, songwriter, record producer, and entrepreneur. He came to the limelight in the music industry as a member of the music duo, The Neptunes in the early ’90s.

As a record producer, he has collaborated with several bestselling artists in creating commercially successful songs.

He released his debut solo album, In My Mind, in 2006 and dropped his sophomore album, Girl, in 2014. He has won 14 Grammy Awards and is a two-time Academy Award nominee. As of now, Pharrell Williams‘s is estimated to be worth $200 million (USD).

Percy Robert Miller Sr. is an American entertainer who is known by the moniker Master P. He is a rapper, songwriter, music executive, actor, and entrepreneur. In 1997, he came to the limelight in the music industry after he dropped the commercially successful single, “Make ‘Em Say Uhh!“.

He is the founder of No Limit Forever Records (which was initially named No Limit Records). A successful entrepreneur, Master P is the founder and CEO of P.Miller Enterprises and Better Black Television Network.

He has investments in several industries such as the real estate, travel, clothing, and telecommunications businesses. Master P‘s net worth is estimated to be worth $220 million (USD).

Marshall Bruce Mathers III is one of the most successful artists in the world’s history. He is an American rapper, songwriter, record producer, music executive, actor, and entrepreneur who is known professionally as Eminem.

He is regarded as the bestselling music artist in the United States in the 2000s and has sold over 220 million records worldwide. He has won 15 Grammy Awards, 8 American Music Awards, 17 Billboard Music Awards, and an MTV Europe Music Global Icon Award.

He is the brain behind the best-selling albums, The Eminem Show and Recovery. The rapper Eminem has an estimated net worth of $250 million (USD).

Andre Romelle Young is a famous American entertainer and pop culture personality who is known professionally by the nickname Dr. Dre. He is a rapper, songwriter, record producer, music executive, and entrepreneur.

Formerly the co-founder and President of Death Row Records, he is the founder and CEO of Aftermath Entertainment. He is also the founder of Beats Electronics, which is the manufacturer of the popular earphones, Beats By Dre.

He is credited for mentoring rappers Eminem, 50 Cent, and Kendrick Lamar. Dr. Dre‘s net worth is estimated to be worth $800 million (USD).

Sean Love Combs is an American music icon who is known by the monikers Puff Daddy, P. Diddy, and Diddy. A former talent director at Uptown Records, Sean Combs is a rapper, songwriter, record producer, record label executive, and entrepreneur.

He is the founder and CEO of Bad Boy Records. He is credited for helping music acts, The Notorious B.I.G, Usher, and Mary J. Blige succeed in the music industry. His 1997 album, No Way Out, has been certified platinum seven times.

He has three Grammy Awards and two MTV Video Music Awards under his belt. As an entrepreneur, he has investments in several businesses, including the clothing line Sean John. As of now, Sean Combs has an estimated net worth of $900 million (USD).

Shawn Corey Carter is a leading Hip Hop cultural figure who is known professionally as Jay-Z. He is a rapper, songwriter, music executive, and entrepreneur. He was formerly the CEO of Def Jam Recordings and is credited for the success of music superstars like Rihanna, Kanye West, and J. Cole.

In 1995, he co-founded the record label Roc-A-Fella Records, beginning his career as a music executive. He is one of the bestselling music artists in the world, with over 125 million records sold worldwide.

He has won 24 Grammy Awards, which is the highest any rapper has won. The music act Jay-Z is a billionaire and is estimated to be with a net worth of $1.3 billion (USD).

Kanye Omari West is a leading American rapper, songwriter, record producer, music executive, and entrepreneur. He is famously known as Kanye West or Ye. He is one of the most influential Hip Hop artists in the world and has sold over 160 million records.

He came to the limelight as a rapper after releasing his debut studio album, The College Dropout, in 2004. He has released eleven albums so far and has won 24 Grammy Awards. He is also a talented fashion designer and has worked with brands like Adidas, Nike, Louis Vitton, A.P.C, and The Gap.

He is the creative director and founder of the company Donda. As of now, the multidisciplinary creative Kanye West has an estimated net worth of $6.6 billion (USD).