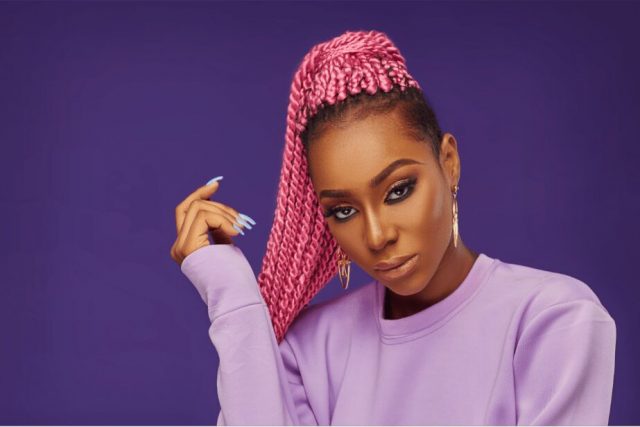 Euphemia Ekumah (born February 20, 1997) is known in the showbiz business as GoodGirl LA.

She is one of the brightest Afro-pop and Afro-fusion voices in Nigeria.

She is a singer and songwriter whose unique music style has earned the admiration of millions of music fans in Nigeria.

In recognition of her artistic talent, she was nominated for the 2019 Headies Music Awards. She is currently in the spotlight, thanks to her charting single, Bando which is making waves across the continent.

GoodGirl LA‘s love for music is inborn but her environment had a role to play in her growth as an artist.

She was born in Ajegunle to the family of Mr. and Mrs. Ekumah. She arrived in the world on the 20th of February 1997. She is the second child of the Ekumah and has three siblings.

Though she was raised in Lagos, she is from the South-South region and hails from Cross River State. An Ijaw lady, Euphemia discovered her musical talent at an early age and she struck up relationships with other music enthusiasts in Ajegunle during her teenage years.

GoodGirl LA grew up listening to artists such as D’Banj, 2Baba, Faze, P-Square, Wande Coal, Sasha, Olu Maintain, which fostered her love for hip-hop and Afrobeats. She was an active member of her church’s choir and served as one of its lead vocalists. Her time in the choir helped her develop her sound and music style.

Aspiring for greatness like other music artists, she contested in different music and talent competitions in the country during the early days of her career. This includes the popular reality show, Nigerian Idol.

She obtained her West African School Certificate from the institution after six years of study.

She gained admission into the University of Calabar for a degree in Nursing but dropped out at the age of 19.

She studied at MUSON School Of Music, Lagos, and bagged a degree in Theory Of Music.

Before she went pro as a musician, she came up with the stage name, GoodGirl LA.

Although she released her debut single in 2015, she would go on to achieve fame in 2018 after dropping the popular single, Faraway.

The single had massive airplay on radio stations and TV stations in the country for several months. And helped to solidify her position as one of the leading voices of Afro-pop. She continued with her streak of accomplishments by dropping another song titled Bless Me.

After months of keeping her fans waiting, GoodGirl LA finally released her debut EP, LA Confidential. The project was well-received by music critics who gave it a good rating and was considered a great delivery for a newcomer. The eight-track project earned thousands of streams within months of its release, winning LA more fans. The EP was self-published under the imprint, GoodGirl LA Entertainment.

In 2020, GoodGirl LA was at her A-game as she released jams such as Talo Lomo, Jeje, and Current to thrill her fans.

She proved to the world that she was the Queen of Afro-fusion sound after she dropped the song, Bando, in February 2021. Only a few weeks since it has been released, the song has earned thousands of streams and downloads across the world. The single is currently among the top ten Afro-fusion songs on the continent. The music video of the song was released in March 2021.

GoodGirl LA was featured as a guest artist on Vector‘s hit song, Early Momo. Keeping to her own unique music sound, she has honored several invitations to perform at shows and concerts in Nigeria and West Africa.

2019 was a year of great success for GoodGirl LA as she earned her first national nomination at the 12th Headies Music Awards. She was nominated under the Best Vocal Performance category. The award helped to shine more spotlight on her work as an artist.

However, it was her colleague, Teni Apata, who eventually won the award.

Over the years, GoodGirl LA has built a great brand image on social media, which relates to her growing fan base through her social media pages. She has over 54.4k followers on Instagram and over 14.1k followers on Twitter.

The talented singer, GoodGirl LA is 23 years old. She resides in Lekki, Lagos, where she is working hard to promote her music and grow in the industry.

Despite having a Tom-boy look, she is a very attractive young lady and has a lot of male admirers. She has a great fashion sense, which makes her stand out from other female artists. She loves wearing trousers.

She is close friends with DMW act, Peruzzi, and recording artist, Izzy Odigie.

Because she dropped out of the university against her father’s wishes, GoodGirl LA and her father weren’t on good terms for some years. However, they have already reconciled and are now closer than before. She took time out to celebrate her mother on International Women’s Day. Her family members are quite proud of the success she has achieved as an artist.

She is currently single and isn’t interested in getting herself into any romantic relationship, for now, GoodGirl LA is single, with no boyfriend or husband. This is because she wants to give more focus to her career.

As an artist, she has a list of favorite musicians and includes names like Michael Jackson, Rihanna, Beyoncé, Britney Spears, Asa, Tiwa Savage, and Wizkid.

GoodGirl LA is gradually working her way up to become one of the highest-paid artists in Nigeria. She currently has an estimated net worth of $100,000-$300,000.