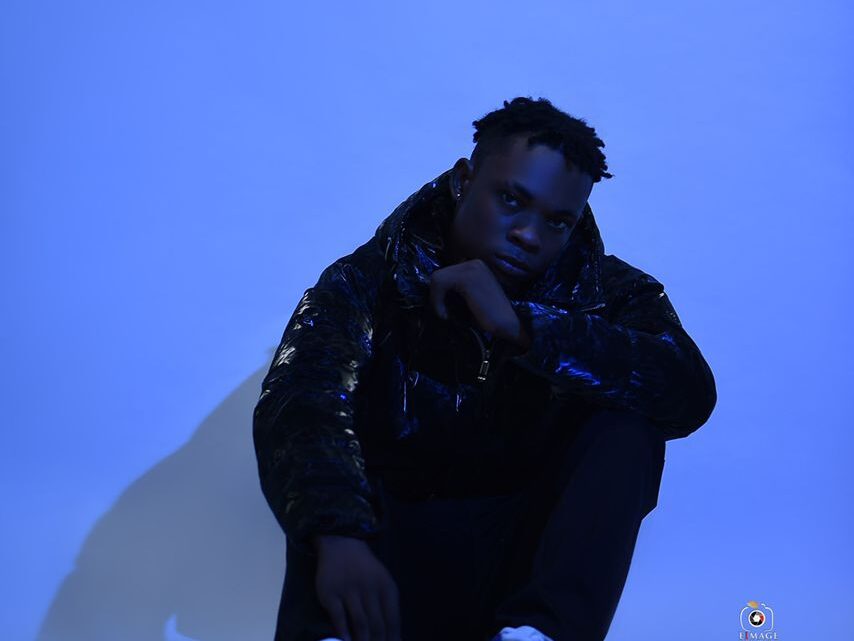 Henry Itoki (born July 18, 2000) is the latest trailblazer in the Afrobeats music scene. Known by all and sundry in the industry by the moniker, Hsure, Henry is one of the country’s finest up-and-coming artists.

The singer and songwriter have kept the industry in awe for months with Proclivity‘s debut project. The EP is a compilation of hit singles such as God Abeg, Tattoo, Untitled, Woman, Banging, and Proclivity.

His rise to the limelight has come along with a performance at several shows and events across the country.

Hsure was born to the family of Mr and Mrs Simeone Itoki on the 18th Of July 2000. Arriving into the world at the start of a new millennium, his parents decided to give him Henry‘s English name.

He was birthed in Okpai Oluchi community in Delta State. He was raised in the same town and hails from Ndokwa East Local Government Area of Delta State. His formative years were spent living in his family’s house and schooled in his home community.

Hsure comes from a middle-class family of seven. He has four siblings; three sisters and one brother. His parents, who are entrepreneurs, ensured that Hsure and his siblings didn’t lack any good things.

During his childhood and teenage years, he was fond of listening to sounds by Nigerian artists, and this helped foster his love for music and motivated him to pursue a professional career in the field. He was influenced by artists such as Timaya, 2Baba, P-Square, Olu Maintain, D’Banj, Wande Coal, Wizkid, Davido, amongst others.

Hsure‘s middle-class background afforded him the opportunity to enjoy quality education from his early years till he became an adult.

He attended choice private schools for his nursery, primary and secondary school education.

He passed out of high school in 2016 with good grades in his Senior Secondary School Certificate Examinations (SSCE).

He is currently an undergraduate at a prestigious university in Southern Nigeria.

Hsure‘s music journey can be traced back to the young age of thirteen, when he began to compose songs in the comfort of his parents’ house. From starting out by writing music lyrics in his notepad, he would go on to thrill his parents and friends in the neighbourhood with the songs he created and also display his talent via performances at school events.

By the time he graduated from high school, he had already made his mark as one of the school’s most creative students. And many of his schoolmates believed that he was going to succeed in the industry in future.

Riding on his dream and the motivation of those close to him, Hsure decided to start recording his songs. And this led him to the doorsteps of a couple of sound producers in his community, where he waxed a number of records.

For a couple of years, he recorded music and released it into the public space. Although the songs did well locally, solidifying his stance as an exceptional artist, he didn’t get the traction he desired. But he didn’t let this get to him and focused more on refining his sound and waiting patiently for his time to come.

In 2021, Hsure struck a gold mine in the industry and became a music sensation known across the country. This win came after he dropped his official debut project, which is a 6-track EP titled Proclivity.

The project, which has a combined listening time of over eighteen minutes, is composed of singles – God Abeg, Tattoo, Untitled, Proclivity, Banging, and Woman. Proclivity has received massive airplay on several radio stations in the country. The titular and leading single of the EP, Proclivity, is the most successful song of the project. Considered to be his fans’ favourite, the song has amassed thousands of streams across digital music platforms.

Hsure‘s newfound status has opened him to more collaborations in the industry with other rising artists and some established acts in the industry. Thus, he has some works underway, which will be released quickly. Also, he has become a familiar face at music shows, concerts and events held in Southern Nigeria, giving his fans the opportunity to have a taste of his live performances.

Hsure collaborated with a female singer, Blaq Barbie, who appeared as a featured artist for his single Tattoo.

In a bid to connect with Hsure better, thousands of fans follow him on social media across different channels.

The talented music star turned 22 on the 18th Of July. His family and friends didn’t take the fact that he had ascended into the 21st Floor for granted and threw a big birthday party to celebrate the day.

Besides making music, the singer is actively pursuing his academics and entrepreneurship. He is the founder of a thriving SME in Delta State.

Although he is yet to tie the knot, he is in a serious relationship with a beautiful young lady named Favour Edegba. The duo, who have been dating for some time now, are in love with each other, and their relationship continues to wax more vigorous by the day.

As an artist, Hsure considers Wizkid to be his role model in the industry and looks forward to collaborating with his music idol someday.

Rising from underground artiste status to become one of the leading upcoming artists in the industry means that Hsure gets to receive and honour scores of music gigs every month. Moreso, he continues to obtain royalties from his debut project.