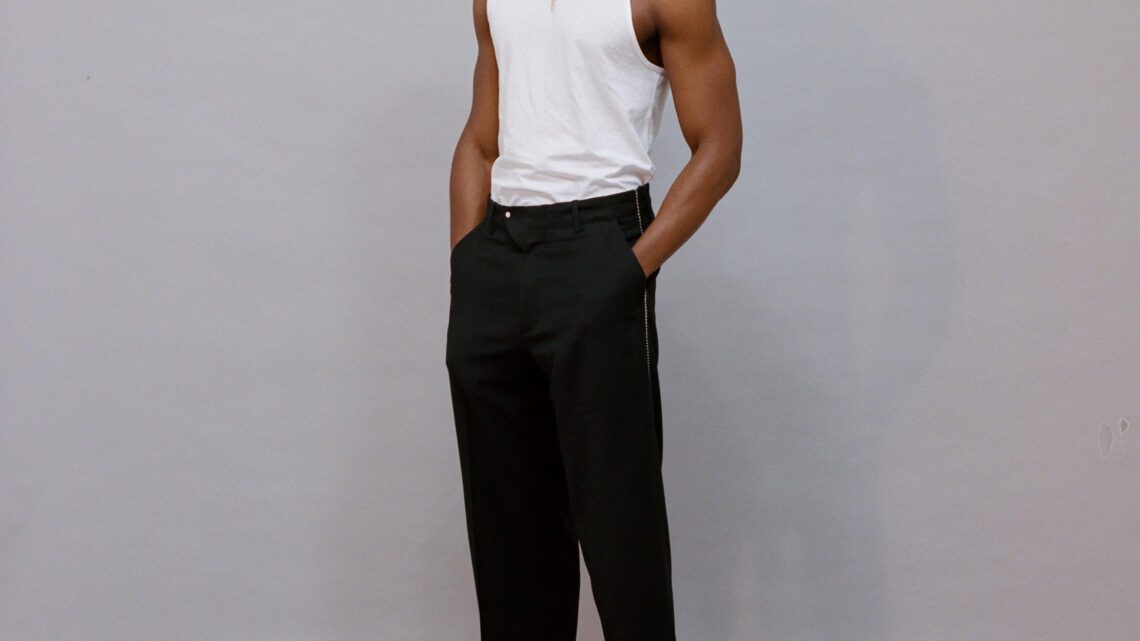 Ladipo Eso (born April 29, 1992) is currently one of the finest rappers in the Nigerian music space. Known in the industry by the stage name, Ladipoe, the Mavin Records signed artiste has proven himself to be a commercially successful and award-winning artiste.

After collaborating with the music group Show Dem Camp to release the hit single, Feel Alright, the music maestro became a sensation in the industry.

Two years after joining the Mavin Family, he dropped the hit single, Jaiye, in 2019, whose success was surpassed by Know You featuring Simi, which won the Best Collaboration Category at The Headies in 2020.

His debut EP, Providence, was released in 2021 to critical acclaim. Months before, he had taken the entire Afrobeats music scene by storm with the top-charting and party jam single, Feeling, featuring BNXN. The song helped solidify Ladipoe‘s position as the King Of Afro Rap in Nigeria.

Ladipoe was born to the illustrious family of Mr and Mrs Eso on the 29th Of April 1992. Although the Eso family were resident in Lagos City, they hailed from the ancient Yoruba city of Ilesa, which can be found in Osun State.

His parents named the rapper Ladipo Eso, who also raised him in the Christian Faith. He spent his formative years in Nigeria’s commercial capital, completing his elementary and secondary education in the city before migrating overseas to pursue higher education.

Despite having a background in the sciences, Ladipoe has always had a deep-seated interest in music, which goes back to his high school days. Influenced by listening to songs from American rappers like Eminem, 2pac, The Notorious B.I.G, Snoop Dogg, Jay-Z, the desire to become a rapper was born in Ladipoe. And he spent his teenage years exploring this passion by composing rap lyrics and performing them to the admiration of his family members, friends and schoolmates.

Although he was interested in rap music, Ladipoe dreamed of pursuing a professional music career in Nigeria. And he understood that for him to succeed, he had to fine-tune his sound and compose songs that his audience, Nigerians, could relate with.

Ladipoe comes from an upper-class family, allowing him to experience quality education.

He attended top tier private schools located in highbrow neighbourhoods of Lagos for his elementary, middle and high school education.

He attended the University Of North Carolina for his higher education, located in Pembroke. He bagged a Bachelor’s degree in Biology and Chemistry from the US College.

On completing his university education, Ladipoe returned to his fatherland to pursue his long-time dream of being a rapper. He recorded his first milestone when he bagged a record deal with Mavin Records and became a part of the Mavin Family in 2017. He was the first rapper to be signed to the record label since it rebranded from Mo’Hit Records in 2012.

The scientist turned rapper seized the opportunity to prove his talent when he was featured on Show Dem Camp‘s single, Feel Alright, released in 2017. The artiste’s rap prowess blew the minds of many Nigerians and kept the spotlight on him in the succeeding months.

Ladipoe released his first official mixtape titled Talk About Poe in 2019. The mixtape introduced rap music lovers in the country to his sound and helped him warm his way to the hearts of more Nigerians. That same year he released a hit single, Jaiye, which positioned him as one of the leading faces of Afro Rap in the country.

Ladipoe‘s career peaked in 2020 when he dropped the highly anticipated duet with Simi, Know You. The song became an instant hit, going viral almost immediately as millions of fans used it for TikTok videos and other video content. Weeks after its release, the song became the top song on Nigeria radio, having received massive airplay across radio stations in the country. The airplay on radio stations also contributed to the over 80 million streams on digital music platforms.

In May 2021, he decided to thrill his fans with another banger, and he enlisted the help of BNXN (formerly known as Buju) to achieve this goal. Their collaboration led to the birth of the top-charting single, Feeling. Like with Know You, this song was amplified on social media because many content creators used it as the background music in their videos, and hundreds of fans recorded covers of the song and posted it on the internet. Thrice, Feeling was at the top of the TurnTable 50 Chart.

Ladipoe was invited by MultiChoice, organizers of Big Brother Naija, to perform at the opening ceremony of the show’s sixth season. In 2022, he performed at Fireboy DML‘s Apollo Tour in the USA and performed live in shows held in Dallas, Seattle, L.A and San Fransisco. He also visited Los Angeles in March 2022, where he performed at a soldout show in the city.

Ladipoe went home with the Best Collaboration award at The Headies in 2020. He was nominated for the single, Know You. The same song earned another nomination for the Net Honour Music Award in 2021 for the Most Played Hip-Hop Song Category.

He was nominated for the Best International Flow category at the 2021 BET Awards.

Social media has been a driving force in Ladipoe‘s growth, as he has leveraged his social media channels to amplify his work.

The rapper Ladipoe climbed the 30 age floor on the 29th Of April. He resides in one of the posh neighbourhoods of Lagos and owns a fleet of exotic cars.

Ladipoe is one of the judges of the Hennessy vs Class Of 2022 and has been going around the country to interview talents who audition for the program. As a judge of the competition, he uses this opportunity to mentor aspiring rappers and provide a helping hand in achieving success in the industry.

When Ladipoe released a video in August 2021 announcing that he was now a father, Fans were taken by surprise.

In the video, Ladipoe could be seen holding a baby boy. However, he didn’t reveal the identity of the mother of his child/wife and has chosen to keep his relationship with his partner away from public view.

Dubbed the Leader Of The Revival Movement, Ladipoe has built a multiple cash flow system in his creative career.