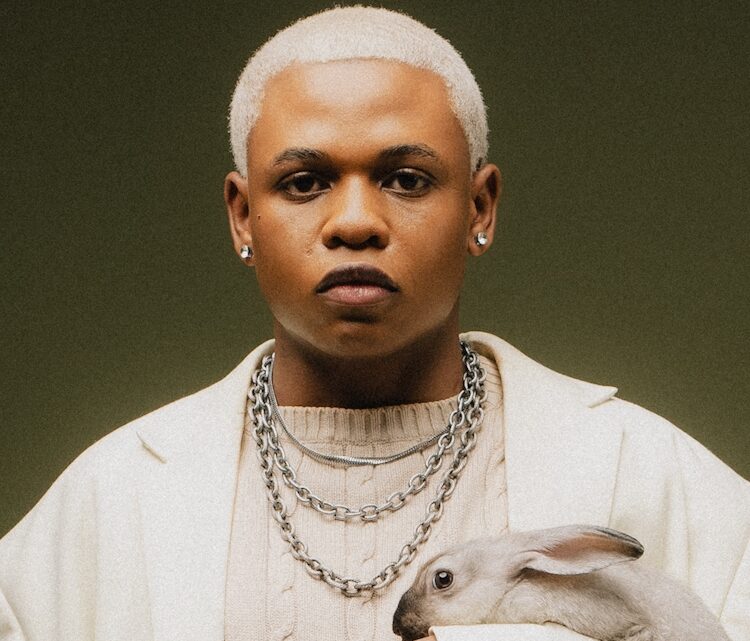 Ugbekile David Osemeke (born May 10, 2001) is a rising Afro-fusion singer and songwriter who shot into fame after signing a record deal with Mavin Records.

David, who is known professionally as Boy Spyce, was unveiled as Mavin Records‘ latest signee on the 14th Of April 2022.

He released his self-titled debut EP, Boy Spyce, twenty-four hours after news of his signing hit the internet.

The EP is a five-track project composed of songs – Dreams, Wayo, Destiny, Nobody, and Bad Things. Boy Spyce is currently the most streamed project in Nigeria.

Boy Spyce has lived in Lagos State all his life. He grew up in Isolo, a popular district in the mainland part of Lagos, and resided in Jakande Estate.

He was born as David Ugbekile Osemeke into the family of Mr. and Mrs. Ugbekile on the 10th Of May 2001.

Boy Spyce hails from the South-South region and is an indigene of Edo State. He comes from a family of eight. He has five siblings and is the last child of the family.

Boy Spyce took up music from a young age. Growing up, he had been influenced by Afrobeats and Hip-Hop sounds created by Nigerian artists. By listening to songs on the radio, he developed a passion for music and became interested in pursuing it as a career.

This made him start composing songs during his free hours, and he performed those songs to the admiration of his schoolmates. He composed his first song when he was in primary five. As a secondary school student, Boy Spyce represented his school at different music competitions, winning multiple laurels in the process.

He was educated at Lagos Model College, Kankon, Badagry, for his secondary school education. He passed out of the institution in 2017 with good grades in the West African Certificate Examination.

He is currently studying for a Bachelor’s degree in Accounting at a prestigious university in the country.

To kickstart his music career, Boy Spyce began to do the covers of popular songs, and he posted this on the internet. By doing this consistently, he became popular on social media as people looked forward to his covers. Videos of Boy Spyce singing went viral on social media several times, which helped bring attention to his talent.

Boy Spyce‘s debut single as an artist is Weather For Two, released in 2019.

Boy Spyce dropped the cover of Brown Skin Girl by Beyoncé, Wizkid, Blue Ivy Carter, and SAINt JHN on the 29th Of July 2019. He recorded a cover version of Jowo by Davido and made it available to the public on the 30th Of March 2021. He released the cover of Forever by Gyakie on the 19th Of April 2021. He also did a cover of Essence by Wizkid and Tems on the 24th Of March 2021, which went viral on the internet.

Boy Spyce‘s music prowess was noticed by Don Jazzy, CEO of Mavin Records. The music executive decided to take the aspiring artist under his wing and invited him to join Mavin Academy. By joining the academy, Don Jazzy was able to work with Boy Spyce to refine his sound and improve his songwriting skill. During this phase, the singer began to record songs that would make up his Extended Play.

After spending months at the academy, he was offered a record deal by Mavin Records and joined the Mavin family. The record label unveiled Boy Spyce on the 14th Of April 2022. In keeping with the label’s tradition with new signings, he released a debut EP right after news of his signing hit the internet.

Likewise, his debut EP is a self-titled project, which is another tradition in the Mavin Family. Other label mates, Rema, Ruger, Ayra Starr, and Magixx, had released self-titled debut EPs too.

Boy Spyce‘s signing is coming months after Magixx was unveiled as Mavin’s latest act. Thus, Boy Spyce is the second artist to be signed by the record label within six months.

Boy Spyce EP has a total listening time of 14 minutes. Songs on the project include Dreams, Wayo, Destiny, Nobody, and Bad Things. The music video for Nobody was released on the 15th Of April 2022. The video was shot and directed by ace music video director TG Omori.

The singer Boy Spyce has amassed a large following on social media over the years. And his followers have increased ever since the news of his signing became public.

Since he became a sensation on the internet, Boy Spyce has been loved by thousands of Nigerians, who are intrigued by his sonorous voice. The fair-complexioned singer is currently 21 years old. He is slender shaped and five feet tall.

As Mavin’s latest act, Boy Spyce no longer resides in Isolo. He now lives on Victoria Island in the Mavin Mansion. His housemates are Ayra Starr, Ruger, Korede Bello, Johnny Drille, Ladipoe, and Magixx, who he has developed a close bond with.

The singer looks forward to collaborating with Davido and Rihanna to record beautiful Afro-Fusion sounds.

Although Boy Spyce is just rising in the industry, he has amassed a small fortune from his record deal.