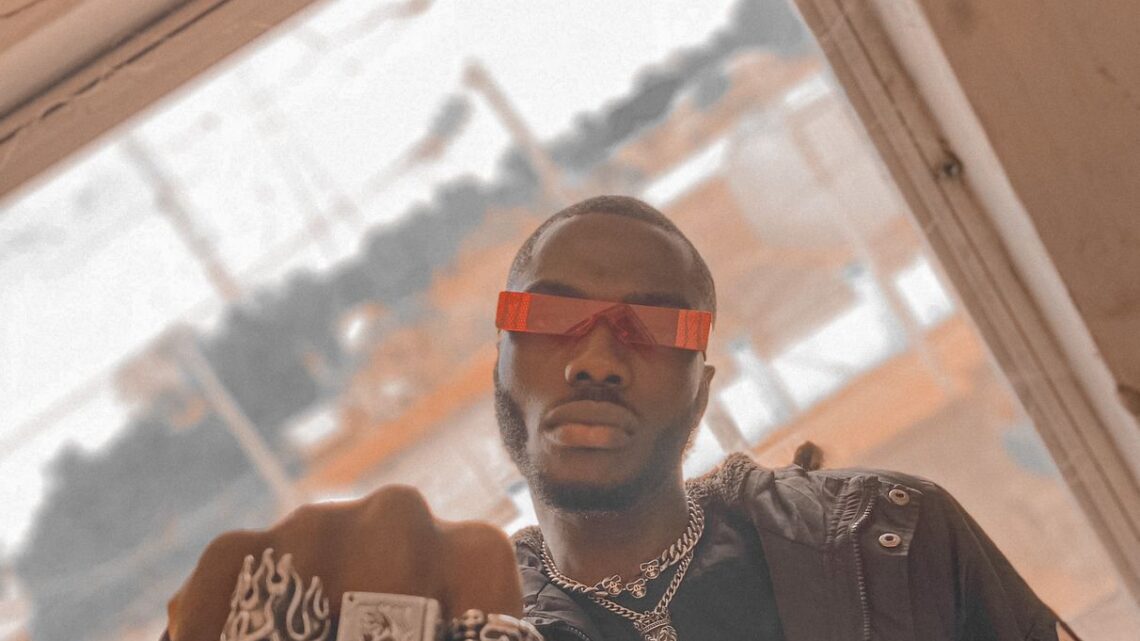 Abdulazeez Abdulganiy Opeyemi (born April 26) is one of the raving creatives in the Nigerian music space. The Minna-born creative is a multidimensional artiste as he wears the hats of a disc jockey, singer, songwriter, social media publicist, and content creator and has built successful careers in each niche.

Known professionally by the moniker, DJ Zeeez, he is known to have collaborated with a number of Nigerian rappers to drop hit singles such as Gang, Dey Alright, Chika, Finito, Sho Ti Broke, and Zaddy.

A member of the Zanku family, DJ Zeeez is also a music producer and digital strategist who has produced the beats of several top-charting indigenous songs and worked on a host of media campaigns.

DJ Zeeez was born to the family of Mr. and Mrs. Abdulganiy on the 26th of April. He was birthed in the mid-90s and was given the name, Abdulazeez Opeyemi by his parents.

He was born in the Northern part of the country, in the city of Minna precisely. However, he is an indigene of Osun State, southwest Nigeria. Thus, he is a Yoruba man. He hailed from a Muslim household and was raised in the Islamic faith.

Growing up, his parents ensured he attended Qu’ranic classes while he also pursued a western education. They also made sure that he was familiar with his Yoruba roots, teaching him the language and other cultural traits of his tribe.

Although raised in Niger state, he was opportune to come in contact with songs from the Nigerian pop music scene by listening to the radio or watching the television, or listening to music records from a cassette player. His interest in music was piqued in this period, as he took a liking to artists such as D’banj, Don Jazzy, 2Baba, P-square, Olu Maintain, who were the leading mainstream artists at the time.

Being raised in a middle-class family meant that DJ Zeeez and his siblings had access to quality education.

He attended an elite Creché school for his pre-elementary school education as a toddler.

He studied at top private schools in Minna for his primary and secondary school education.

He attended a public school for his university education and is currently studying at the Federal University Of Technology, Minna (FUTMINNA).

Despite having the longing to pursue music as a career since he was a teenager, it took DJ Zeeez a couple of years before he finally followed his dream. His professional music career kicked off officially in 2016. At that time, DJ Zeeez took his time to become more acquainted with other artists in his locality while he composed his own songs. He was still an undergraduate during this period.

He was not only satisfied with composing songs but also went further to record them. Many of the singles he recorded during this period didn’t do great numbers commercially; however, they helped position him in the student community as one of its leading artists. This is because the songs were popular among students of FUTMINNA and resulted in DJ Zeeez being invited to perform at several shows and concerts held on campus.

DJ Zeeez‘s career took a positive turn in January 2019 after dropping the single, Gang, featuring rapper K-dream. The song was a big success, as it received positive reviews from music critics, massive airplay on radio stations across the country, and thousands of streams from fans.

The heat of Gang‘s success hadn’t died when DJ Zeeez followed it up with another banger titled Dey Alright. This single, which featured vocals from Ijaya and Otega Billz, was released in May 2019.

Later that month, he teamed up with Kdream for another music collabo. But this time around, he added Base One to the team. Together, the trio recorded and released the hit single, Chika. Chika was so successful that it emerged as No. 1 on Boomplay’s New Song Of The Week.

To wrap things up in 2019 and give his already large number of fans a party jam to groove with during the festive season, DJ Zeeez dropped the single Finito. The song saw guest appearances from Superboy Cheque, Spotless, and K-dream.

During the early days of the pandemic, while the world was on a lockdown and people were forced to stay indoors, Dj Zeeez decided to give his fans a melodious song to vibe to. This led to the creation of Sho Ti Broke, featuring Jaido P.

Almost a year after working with Jaido P, he teamed up with the rapper again to record another mind-blowing single, Zaddy. They brought in Zanku records rapper Papisnoop on board this time around. The trio released the single on the 15th Of January 2021.

Due to his role as a social media publicist, DJ Zeeez is a famous face on social media and has earned the coveted status of an influencer.

Because DJ Zeeez was born in the mid-90s, he is currently in his mid-twenties. He shuttles between Minna, where he schools, and Lagos State.

While living in both cities, DJ Zeeez actively pursues his individual creative career. He has built a household name for himself by being a master in the varying niches. As a social media publicist, he has helped tons of brands and artists to promote their works on social media and has also consulted for some foreign clients.

His work as a content creator has turned him into a notable figure in the growing Pop Culture movement in Nigeria, including the fashion space. When he is not working as a digital strategist for companies or producing and sampling beats for rising artists, he can be found engaged in his favorite pastime – working as Disc Jockey. As a DJ, he has worked with hundreds of clients across Nigeria, making his mark as the funniest DJ in the country.

DJ Zeeez belongs to the Zanku family and is acquainted with the likes of Zlatan Ibile and Papisnoop.

Being a multidimensional artiste enables DJ Zeeez with the opportunity to maintain and earn from multiple streams of income.